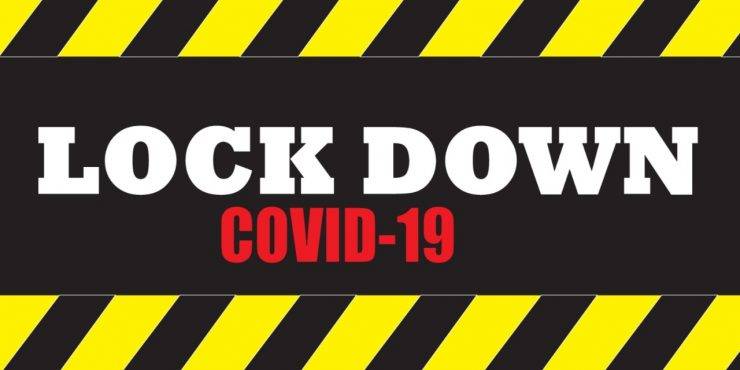 Governments must redouble their efforts to take facts and evidence seriously, whether it’s evidence from epidemiology or from economics.

The Covid-19 pandemic is probably the most daunting health crisis the world has faced in generations. Experts on pandemics have been warning us for years about the potential for an outbreak like this, but their warnings went unheeded, and many countries were not ready to test for, isolate, and trace cases.

This bad situation was made far worse by leaders like President Trump who conveyed a disdain for the facts and tried to sell the public the fantasy that the threat of the virus could be blunted by travel restrictions. So when Trump has commented on the proper government response to the pandemic, it is no surprise that his credibility was exhausted.

Notably, when the president took to Twitter to urge that people can still work while “social distancing,” and that “THE CURE CANNOT BE WORSE (by far) THAN THE PROBLEM!” critics were quick to dismiss him, arguing that he cared more about money than about saving lives.

The president was likely repeating a talking point he’d seen earlier in the day on Fox News. But while dismissing Trump’s ungrounded musings is justifiable, dismissing the very idea that the state-wide lockdowns are misguided or unwarranted is not.

The government has an important role to play in combating epidemics, including the use of the power to quarantine and cordon. But a policy that shuts down an entire economy and quarantines virtually everyone indefinitely is quite another matter. The economic consequences of moderately restrictive policies have already been devastating, and the attempts to justify even more restrictive policies have played fast and loose with the evidence.

On March 24, the editorial board of the New York Times called for President Trump to pressure all state governors to order all citizens to “shelter in place.” In a separate editorial on March 30, the Times claimed that “the American economy needs to be shut down,” arguing that there is no real trade-off between health and wealth, that the economic pain of this shutdown is necessary “to preserve both human life and long-term prosperity.”

Keep in mind that when the Times called for a shutdown, part of the country’s economy had already collapsed: a staggering 3 million people had filed for unemployment in the first week of the crisis. The total may now come to as many as 20 million people. And this is only after a limited number of states shut down their economies. But the Times was arguing that more of this was necessary. What could possibly justify the idea that millions more also needed to have their livelihoods shattered, for the sake of some hypothetical future prosperity?

In the midst of a pandemic, journalists were throwing around large numbers from obscure studies they didn’t clearly understand, with the effect of numbing people into accepting state-wide lockdowns.

The Times among others have cited a recent (but neither published nor peer-reviewed) study by Federal Reserve economists of the economic consequences of various quarantine actions during the 1918 flu pandemic in the U.S., to show, as the Times puts it, that “communities that quickly imposed stringent measures not only saved lives but experienced stronger economic rebounds.” But which measures and which communities were these?

I read the study. The first thing that stands out is that the 1918 policies it surveys were nothing close to the scale of the national economic lockdown the Times advocated. Instead, there were municipal policies “including school, theater, and church closures, public gathering and funeral bans, quarantine of suspected cases, and restricted business hours.”1 One of the authors of the study admits the difference in a recent interview, saying that the measures in 1918 were “similar, although not quite as extreme as what we’re seeing in some parts of the United States today.”2

What’s more, the authors of the paper note that the best results occurred for cities which prepared for flu outbreaks in advance, drawing parallels to Taiwan and Singapore today. But we were well past that point in the U.S. when statewide mandatory lockdowns were implemented. Further, the authors claim explicitly that their results focus on the “short and medium run” economic impacts of 1918 policies, not the long-term.3

One does not need to be an economist to realize that the local policies studied by this paper are of questionable relevance to the justification of a national economic shutdown. But the editors of the nation’s paper of record didn’t consider the actual details of the study they cited to defend such a shutdown.

Donald Trump was not the only prominent figure to question the proposed lockdowns. Consider Dr. David Katz, who wrote an op-ed piece in the New York Times, “Is Our Fight Against Coronavirus Worse Than the Disease?” He is a public health specialist, and shows early in the piece that he is all too aware of the devastation wrought by past pandemics like the 1918 flu. But he noted that the economic consequences of widespread economic shutdowns should still be considered seriously.

Even still, Katz’s critics crudely lumped him together with Trump. In the Washington Post, Christopher Ingraham chastised Katz and others who question the cost of the lockdown policy. Citing another unpublished working paper, this one by University of Chicago economists, Ingraham argued that saving lives and the economy are complementary. According to the paper, saving lives through “moderate social distancing” would save $8 trillion for the U.S. economy by saving half of the 2.2 million people who might have died if the virus had been left unchecked.

A survey of only 44 economists falls far short of convincing evidence that a “near unanimity” of economists support the lockdown.

Citing this paper makes a straw man of Katz’s actual argument. Virtually no one is suggesting that the virus be left completely unchecked.4 And what Katz urged is hard to distinguish from the “moderate social distancing” the paper recommends: “a 14-day voluntary quarantine for their household, and significantly reduced social contact for those 70 and older.”5 This is a far cry from mandatory lockdowns. The paper even emphasizes that it does not recommend California, Washington, or New York-style shutdowns.6

The paper’s estimate that 2.2 million Americans might die from an unchecked virus relies on some highly controversial assumptions (assumptions which now probably look overly pessimistic in light of new data).7 But even if we assume these numbers had some validity, the U Chicago paper makes dubious use of them when it assigns the $8 trillion price tag to these deaths. Though the true value of human life doesn’t reduce to monetary value, if we had to assign an economic value to lives saved by the lockdown, it would have to involve the actual production of the 1.1 million people whose lives would be saved. Instead this paper uses a device called “the value of a statistical life,” which measures “how much the average US citizen is willing to pay for a reduction in the probability of death.”8 If the average American would pay $10,000 to reduce his chance of dying by 0.1%, they infer he’d pay $10 million for a 100% reduction in that chance, so his life is worth $10 million.9

One does not need to be an economist to realize that this is a ridiculous way to calculate economic impact. The fact that one person might pay $10 million to save his own life (if he even had the money to begin with) doesn’t mean that his life is worth that much to others, even if it is surely worth much of that to some of them.

In the midst of a pandemic, journalists were throwing around large numbers from obscure studies they didn’t clearly understand, with the effect of numbing people into accepting state-wide lockdowns. This was as indefensible as when presidents minimized numbers they didn’t understand to protect their chances at reelection.

As one last example, consider Washington Post’s Catherine Rampell, who like the others lambasted the very idea that “our collective economic coma” (her own words for the lockdowns) might be worse than the pandemic. To justify her dismissal, she claimed that there was “near-unanimity among economists” that we continue our current “dramatic” social distancing measures (i.e., statewide and mandatory) to limit economic damage.

The closest Rampell came to offering evidence about the consensus of economists was a University of Chicago survey of economists, 80 percent of whom agreed that “Abandoning severe lockdowns at a time when the likelihood of a resurgence in infections remains high will lead to greater total economic damage than sustaining the lockdowns to eliminate the resurgence risk.” She didn’t mention, however, that this was a survey of only 44 economists. This falls far short of convincing evidence that a “near unanimity” of economists support the lockdown.

Government officials must redouble their efforts to take facts and evidence seriously, it is evidence from epidemiology or from economics.

The appeal to an alleged majority opinion, even when it’s a majority of experts, is not the same as presenting actual economic evidence. While Rampell did go on to cite genuine economic studies, they include some we’ve already discussed which do not study any kind of statewide or national mandatory economic lockdown; the others have the same problem.10 She presented literally zero actual economic evidence that the “collective economic coma” that has now been imposed could have anything other than long-term devastating economic consequences.

The scale of the pandemic in the United States today is what it is because a long list of authorities did not heed the evidence of the threat posed by this virus. To combat this threat, government officials must redouble their efforts to take facts and evidence seriously. But the same is true whether it is evidence from epidemiology or from economics. That means it is crucial not to dismiss evidence of the threat that is posed by the destruction of business activity and unemployment. It’s especially important that the gatekeepers of information in the media take that evidence seriously as well.

A version of this article was previously published at Medium.com.