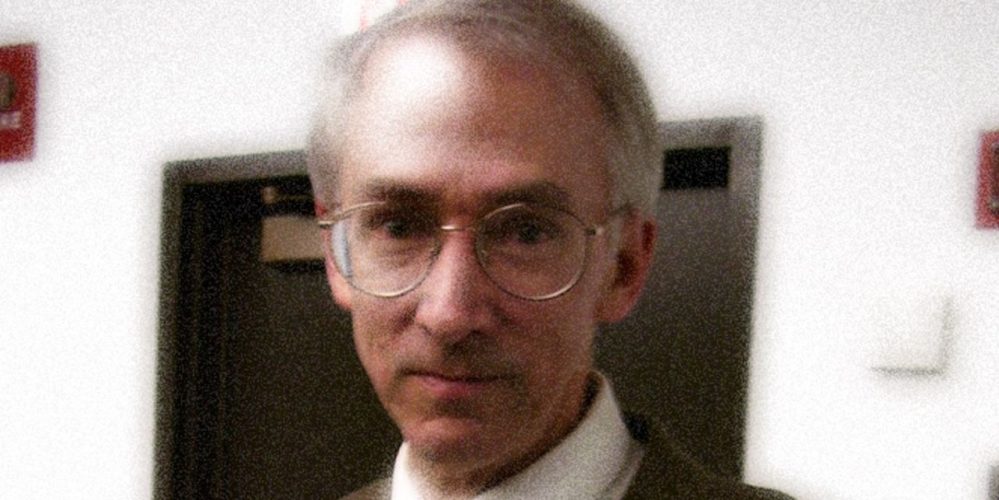 Atlas Hugged Is a Distortion Unworthy of a Scientist

Genuine commitment to the truth means doing the research to avoid straw-man arguments.

We offered to publish this in the magazine Nautilus in response to a piece by David S. Wilson promoting his book. Nautilus invited us to post it to the comments section of Wilson’s piece. We are republishing it here to bring it to the attention of a wider audience.

David S. Wilson, the notable evolutionary biologist, has of late been promoting his book, Atlas Hugged, a parody of Ayn Rand’s Atlas Shrugged. While telling a story he describes as a “sequel” to Rand’s 1957 work, he claims to challenge her individualist, pro-capitalist philosophy.

Scientists — especially evolutionary biologists — should know why it’s important to do the appropriate research into a subject before commenting on it. They know what it’s like to be targets of those who haven’t bothered to do their homework.

Consider the creationists who attack the theory of evolution. They say, for instance, that Darwinism claims we are descended from modern apes, and that it laid the groundwork for the Nazi holocaust. These and other caricatures persist even though they are easily debunked. Wilson, who has debunked these claims himself, should know that they are straw-man arguments made by religious dogmatists who are opposed to the scientific spirit that values truth above all things.

Yet Wilson’s portrayal of Rand’s ideas is no more honest than the creationist caricatures of Darwin.

Rand’s view is both more plausible and yet even more radical than Wilson suggests. In The Fountainhead, her hero the architect Howard Roark turns down a number of commissions — even when he is impoverished — because taking them would mean violating personal artistic standards that he sees as nonnegotiable. Both he and Rand think there’s more to life than money. Yet Rand upheld the importance of personal standards not because living by them contributes to “society,” but because they are deeply important to one’s own life. While turning down that commission, Roark bristles at the suggestion that he’s being selfless, and insists “that was the most selfish thing you’ve ever seen a man do.”3

As this last passage suggests, Rand did think that selfishness is morally virtuous. But in maintaining this, she did not claim, as Wilson suggests both in his book and in an article in Nautilus, that everything of value “can be represented as a dollar value.”4 She did not infer that, because the best way to make money is to provide value to people, “the system works so well that no other form of care toward others is required. No empathy. No loyalty. No forgiveness.”5

READ ALSO:  David S. Wilson's 'Sequel': Atlas Hugged or Atlas Mugged?
Wilson gives no evidence that these were Rand’s positions, and there’s plentiful evidence to the contrary that he did not bother to seek out. In an easily available speech dedicated to the subject of money in Atlas Shrugged, Francisco d’Anconia does say that money is a powerful tool of trade, but he also identifies crucial values that money cannot buy: it can’t buy one a code of values, a sense of purpose, intelligence, or the admiration of worthy people.6

In another speech in Atlas, John Galt describes how care and loyalty between friends and lovers is a form of spiritual trade, parallel but irreducible to monetary exchange: “the trader . . . does not give the values of his spirit — his love, his friendship, his esteem — except in payment and in trade for human virtues.”7 No one who has read Atlas Shrugged can miss Dagny Taggart’s empathy for Hank Rearden, Francisco’s loyalty toward Galt, or Dagny’s forgiveness of Cherryl Taggart.

Rand is without question an individualist. Wilson says in his book that Rand’s view “began and ended with heroic individuals — the doers — who must free themselves from the shackles imposed upon them by society.” But he thinks such a view of individualism would lead to the collapse of a society because such individualists wouldn’t “know how to work together to achieve a common goal.”8

This is a straw man of Rand’s view of individualism that is, once again, easily debunked. The Ayn Rand Institute hosts an easily searchable online version of The Ayn Rand Lexicon, a compendium of excerpts from her writings indexed by topic. If one simply looks up “Individualism,” here is the very first entry: “Individualism holds that a civilized society, or any form of association, cooperation or peaceful coexistence among men, can be achieved only on the basis of the recognition of individual rights.”9 Elsewhere, she clarifies that individualism does “not mean that a man must live alone and that a desert island is the environment best suited to his needs. Men can derive enormous benefits from dealing with one another. A social environment is most conducive to their successful survival — but only on certain conditions.”10

What are those conditions? In his book, Wilson repeatedly says that Rand “regarded any form of government oversight as evil,” that under the influence of Objectivism, “governments were being successfully branded as evil,” etc.11 He basically paints Rand as an anarchist.

In fact, Rand was a vocal critic of anarchism who argued that a properly constituted government was necessary for securing the conditions for peaceful social coexistence. A quick glance again at the Lexicon entry on “Government” has much to say about this, for instance: “If physical force is to be barred from social relationships, men need an institution charged with the task of protecting their rights under an objective code of rules. This is the task of a government — of a proper government — its basic task, its only moral justification and the reason why men do need a government.”12

One final misrepresentation of Wilson’s makes one wonder if Wilson has even read the book to which he’s supposedly writing a sequel. In a comment on a recent podcast, Wilson says: “Ayn Rand’s characters were about the heroic individual, that there’s a special class of men, always men, that are the doers of the world.”13 Are we to believe that Wilson, who claims to be writing a response to Atlas Shrugged, somehow missed the central heroine of the novel Dagny Taggart, who runs a transcontinental railroad?

Wilson makes much in his book of the importance he attaches to belonging to the “Cult of Scholars,” to a community of inquirers who are custodians of human knowledge. He even emphasizes how in the age of Google Scholar, it’s easier than ever to join in their inquiry by checking to see the latest expertise on any given topic. Yet one doesn’t even need access to specialized journals to debunk each of the misrepresentations I’ve mentioned. Many of Rand’s key works are available on the open internet. And there are accomplished scholars of Rand’s philosophy — for instance the authors who contributed to the Blackwell Companion to Ayn Rand — whom Wilson never bothered to consult.

It’s of course possible to make an honest error while characterizing an opponent’s idea. It’s easy to do it when characterizing an idea in passing. But when one writes an entire book ostensibly to critique a thinker’s ideas (and, by one’s own admission, spends seven years doing it), the burden is to show that one has done one’s homework.14 And there can be no mistake about Wilson’s primary target. The headline of his Nautilus piece trumpets “I Have Come to Bury Ayn Rand.” But you can’t bury someone’s idea if you don’t even try to understand what the idea is.

The errors I’ve highlighted aren’t cherry-picked: they’re not occasional flubs that don’t affect the substance of the point Wilson wants to make against Rand. They cut to the core of the idea he uses to parody the novel. He even portrays the hero of Atlas Shrugged, John Galt, not as an honest trader but as a fraud and a cheat. But it’s that characterization that’s dishonest.

An honest critic would retract mistaken representations he’s made of his opponent’s position. He would not double down on these misrepresentations to make a punching bag of a more famous opponent who is dead and cannot defend herself, just to cash in on her notoriety and attract attention to his own less influential work.