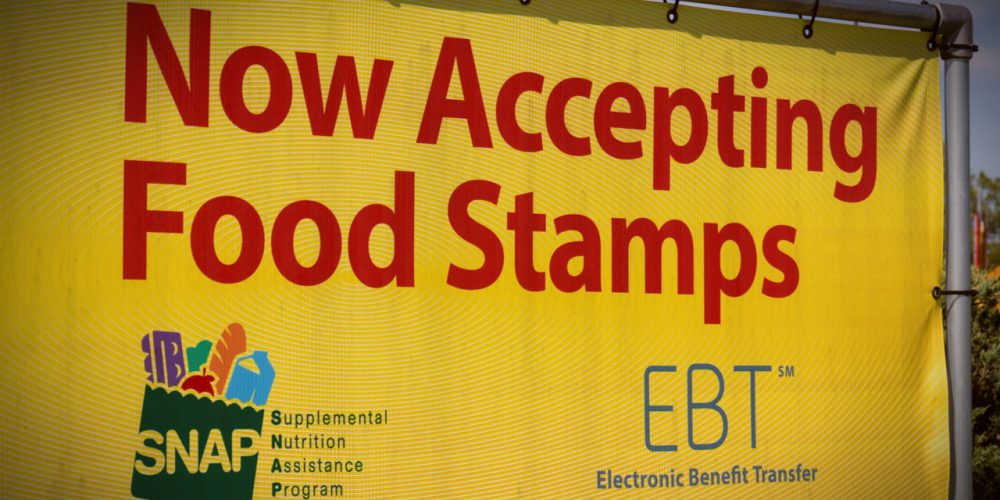 The most contemptible parasites are the power-lusters who relentlessly expand the system.

Ayn Rand was one of the twentieth century’s leading defenders of laissez-faire capitalism. She thought the government’s only proper role is to defend the individual’s rights to life, liberty, and property. Its role is not to manipulate the economy in the name of the “public good” or to redistribute wealth to remedy economic “inequality.” Thus she openly and unapologetically opposed the welfare state, and on moral grounds.

That one could sincerely oppose the morality of welfare redistribution may be a surprise to some. Leading cultural voices often portray critics of welfare as having callous contempt for all welfare recipients, whom they supposedly brand as “the indolent masses leeching off [the hard-working elite]”.1

Probably some welfare critics really do have this callous attitude, but Rand was not among them. As we shall see, her reasons for rejecting the welfare state were radically different from those offered by most conventional critics of welfare. As a result, she had a different view of who were the most contemptible villains behind the welfare state. It was not the most visible beneficiaries of the system. In fact, some welfare recipients should be seen as victims of the system.

To see just how different her view is from how critics describe it, we need to take a step back to situate it in the wider context of her moral thinking.

The victims of the welfare state

Rand opposed welfare transfer payments because they violate the rights of those whose property is transferred. She dismissed as a distortion the idea that one could have a “right” to welfare: an “impossible ‘right’ to economic security,” she wrote, “is an infamous attempt to abrogate the concept of rights. It can and does mean only one thing: a promise to enslave the men who produce, for the benefit of those who don’t.”2

This perspective on rights is informed by a moral perspective on the capitalist system, a perspective Rand thought the advocates of the welfare state evaded. In her view, free market capitalism “demands the best (the most rational) of every man and rewards him accordingly.”3 By contrast, the welfare state “divorces achievement from rewards, or production from distribution, and redistributes a country’s wealth, penalizing the more productive in favor of the less productive.”4

The primary victim of the welfare state, in this view, is every person whose production is penalized.

In opposing this sacrifice of the more productive to the less, Rand opposed the altruistic ethic that equates sacrifice with virtue, the idea that productive people are their (unproductive) brothers’ keepers. But the productive people who are to be penalized by this philosophy are not simply the capitalists, who are to be sacrificed to the workers. They include the poor people willing to work to better themselves. Far from adopting the conventional critique of welfare that regards welfare recipients as viciously selfish, Rand bemoaned policies that erected arbitrary barriers to anyone’s pursuit of happiness.

Indeed, Rand thought that the broader demands of the altruistic welfare state sacrificed the pursuit of happiness of the poor. In an essay critical of the campaign platform of Senator George McGovern (the 1972 Democratic presidential nominee who advocated an early version of “guaranteed minimum income”), she wrote:

Morally and economically, the welfare state creates an ever accelerating downward pull. Morally, the chance to satisfy demands by force spreads the demands wider and wider, with less and less pretense at justification. Economically, the forced demands of one group create hardships for all others, thus producing an inextricable mixture of actual victims and plain parasites. Since need, not achievement, is held as the criterion of rewards, the government necessarily keeps sacrificing the more productive groups to the less productive, gradually chaining the top level of the economy, then the next level, then the next. (How else are unachieved rewards to be provided?).5

If, by some miracle, today’s welfare recipients were lifted one step above the slums, they would be next in line — in the name of “compassion” for the immeasurably less fortunate populace of the globe. That, too, has started. Such is the nature of altruism.6

Especially because she recognized that some welfare recipients were innocent victims of the “downward pull” of the system, Rand wrote an essay (“The Question of Scholarships”) offering moral guidance to those who wanted to work but who were prevented from doing so by the system. She explained under what conditions it was morally proper for them to take government handouts and to do so unapologetically. She encouraged them to accept these handouts not as a form of taking the unearned, but as compensation for what had already been taken from them and would likely be taken from them again, as taxpayers.7

Rand thought that “the visible profiteers of altruism — the welfare recipients — are part victims, part window dressing for the statist policies of the government.”8 But who are the invisible profiteers, and what responsibility do they bear for this victimization?

The real villains — and their real motive

Rand of course distinguished the welfare recipients who are victims of the system from those who embrace an unproductive life:

The American people, including the poorest, have never regarded themselves as humble mendicants waiting to be helped. Nor have they ever resented the rich and the successful; to most Americans, the successful are not objects of envy and hatred, but of inspiration. An American worker, properly, identifies with his boss, the industrialist, rather than with a welfare recipient. And, I would venture to guess, so do many welfare recipients — excepting the group organizers or the professional bums who see welfare as a way of life.9

As we can see from her association of the “professional bums” with the organizers, Rand also distinguished the victims of the welfare state from the activists who pushed to foist the system on everyone. Here she elaborates on the supporters of McGovern’s campaign:

McGovern’s following consisted predominantly of two groups: the college people and the welfare recipients — i.e., those who are presumed to be the epitome of the intellect, and those who are the most helplessly ignorant. The latter can be absolved of blame, to a large extent: many of them are victims of a mixed economy, and they are not in a position to know what is a national economy, what keeps it going, and why the expropriation of a millionaire’s profits would condemn them to starve. But what is the intellectual, scholarly and moral stature of the college professors?10

Part of Rand’s answer to her question can be seen in her account of the “downward pull” of a policy governed by the moral standard of need. She observes that this standard caters to two kinds of need:

the need of the group making demands, which is openly proclaimed and serves as cover for another need, which is never mentioned — the need of the power-seekers, who require a group of dependent favor-recipients in order to rise to power.11

This makes the politicians who implement the welfare state and the intellectuals who advise them the crucial invisible profiteers on this system, not primarily because of any financial benefits they might derive illicitly from it, but more importantly from the power over others it gives them.

Rand emphasizes how this power-lust makes the bureaucrats behind the welfare state far more dangerous than sundry welfare recipients:

The welfare recipients are not the worst part of the producers’ burden. The worst part are the bureaucrats — the government officials who are given the power to regulate production. They are not merely unproductive consumers: their job consists in making it harder and harder and, ultimately, impossible for the producers to produce. (Most of them are men whose ultimate goal is to place all producers in the position of welfare recipients.)12

Rand’s last comment here underscores the insidiousness of the power-lust motivating the exponents of the welfare state. It’s not just a desire to control productive people so that they will cater to one’s whims. It’s a desire for the sheer spectacle of bringing them down. Rand explicitly identified this motive in her essay critiquing McGovern’s welfare proposals:

The motive behind such programs is the same as the motive of all the exponents of power-lust, all the theorists of the absolute state, throughout history: the desire to obtain by force a prestige they were unable to obtain by achievement, the desire for an unearned living in exchange for their unwanted services, and, above all, the desire to gratify the emotion of envy.13

In her essay “The Age of Envy” Rand extensively analyzed this motivation. It isn’t the desire for values that another person has achieved, but the hatred of another person because of his achievements, which one cannot be bothered to work toward oneself. She regarded this motivation, which she dubbed “hatred of the good for being good,” as fundamentally evil: the motivation of “an enemy . . . of all values, . . .  an enemy of anything that enables men to survive, . . .  an enemy of life as such and of everything living.”14

The caricature of Rand as a welfare critic is that she is a misanthrope who denies the reality of the misfortune of others. Rand’s actual critique of the welfare state gives the lie to this caricature and turns the tables on it.

Not only does Rand recognize the obvious fact that some people are in trouble through no fault of their own, she argues that the fault is often that of the very welfare system that is supposed to be their salvation. She also argues that the real misanthropes are those who support and maintain the welfare state because it throttles the lives of productive individuals.