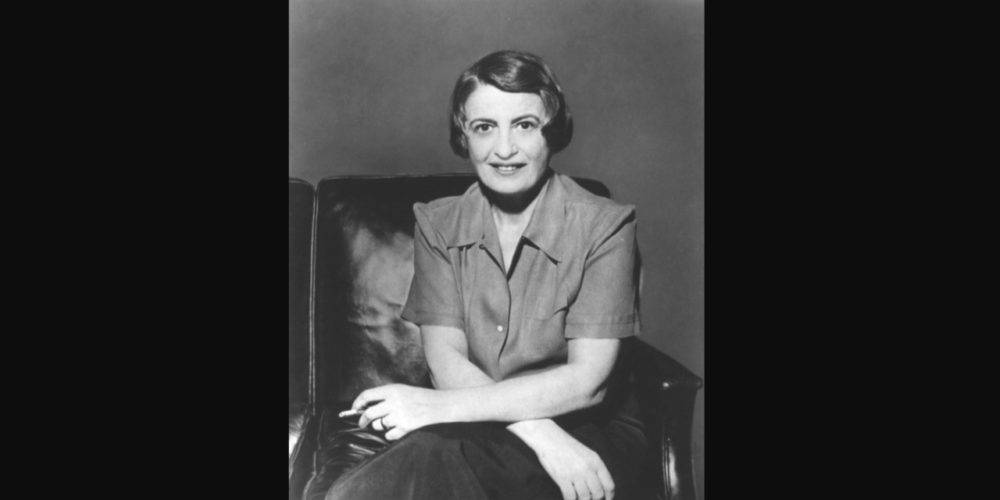 The final installment of philosopher Harry Binswanger’s essay identifying six historic landmarks from Ayn Rand’s philosophy of Objectivism that, taken together, offer “a new view of the relationship of consciousness to existence.”

In Galt’s Speech, Ayn Rand indicated her place in the history of philosophy: “Centuries ago, the man who was — no matter what his errors — the greatest of your philosophers [Aristotle], has stated the formula defining the concept of existence and the rule of all knowledge: A is A. A thing is itself. You have never grasped the meaning of his statement. I am here to complete it: Existence is Identity, Consciousness is Identification.”1

Aristotle solved the ancient “problem of change” and brought order into metaphysics by recognizing that all change is the change of something, from something to something, effected by something (e.g., the change of a rock from being cold to being hot, effected by the sun). Ayn Rand solved the modern problem of consciousness and brought order into epistemology by recognizing that all consciousness is the consciousness of something, in some form, by some means (e.g., a man perceives a rock, in the form of color and shape, by means of his eyes; or, a man grasps the nature of rocks, in the form of a concept, by means of “a mental integration of two or more units possessing the same distinguishing characteristic(s), with their particular measurements omitted”2).

In his book on Aristotle, J. H. Randall identifies as “the basic position about human knowledge” contained in all pre-Kantian philosophy the view that “knowledge is . . . the passive reception of the structure of things.” He observes that this view “has of course been abandoned in nearly all of our critical philosophies of experience since Hume and Kant,” having been replaced by the view that knowledge “is an active process of interpretation and construction”3 (i.e., fantasy and whim-worship).

As an historian of philosophy, he merely observes the change — in Ayn Rand’s terminology, from the intrinsic to the subjective — without commenting or offering a solution. The proper comment is: that is the false alternative that is ultimately responsible for all the horrors of the modern world. The proper solution is: Ayn Rand’s objective view of knowledge.

In an autobiographical postscript to Atlas Shrugged, Ayn Rand wrote, “I have always lived by the philosophy I present in my books — and it has worked for me, as it works for my characters.”4 Her philosophic successes were part of the proof that her philosophy worked — for the Objectivist epistemology represented the method she used in her own thinking.

The essence of that method was an unswerving focus on reality. No matter how abstract the level on which she worked, her thought remained firmly anchored to the facts.

Unlike so many purported defenders of reason, Ayn Rand’s thinking was untouched by Rationalism, the attempt to arrive at truth by a priori deduction, i.e., by divorcing logic from reality. She arrived at her philosophic principles primarily by an inductive process — by asking in regard to the concretes she confronted: What is their common denominator? What deeper premise gives rise to them? Roark’s quest in The Fountainhead for “the principle behind the Dean” was typical of her own approach to ideas.

Never satisfied that she “knew enough,” she would seek the premises of the premises, building a hierarchical system from the ground up — i.e., from the concrete to the abstract.

The measure of her genius was the unprecedented depth and scope of the integrations she achieved. Who but Ayn Rand, for instance, could integrate the leading doctrines in economics, politics, and psychology according to their implicit view of causality? “Whenever you rebel against causality, your motive is the fraudulent desire, not to escape it, but worse: to reverse it . . . proclaiming that spending, the effect, creates riches, the cause [Keynes], that machinery, the effect, creates intelligence, the cause [Marx], that your sexual desires, the effect, create your philosophical values, the cause [Freud].”5

Or, for the union of abstract fundamentals with common-sense realism, consider her analysis of the motor of history in terms of men’s psycho-epistemology:

The battle of human history is fought and determined by those who are predominantly consistent, those who, for good or evil, are committed to and motivated by their chosen psycho-epistemology and its corollary view of existence. . . . The three contestants are Attila, the Witch Doctor, and the Producer — or the man of force, the man of feelings, the man of reason — or the brute, the mystic, the thinker.6

Of the many elements in Ayn Rand’s methodology, one which is fundamental to the realism of her thought is her insistence on knowing exactly what one is talking about, knowing it in fully concretized terms.

“You must attach clear, specific meanings to words, i.e., be able to identify their referents in reality. This is a precondition, without which neither critical judgment nor thinking of any kind is possible.”7

Ayn Rand’s incomparable ability to hold clearly in mind the exact meaning of the concepts she used was an important factor in her philosophic achievement.

She described the process by which she achieved that clarity:

To know the exact meaning of the concepts one is using, one must know their correct definitions, one must be able to retrace the specific (logical, not chronological) steps by which they were formed, and one must be able to demonstrate their connection to their base in perceptual reality.

When in doubt about the meaning or the definition of a concept, the best method of clarification is to look for its referents — i.e., to ask oneself: What fact or facts of reality gave rise to this concept? What distinguishes it from all other concepts?8

(For a remarkable illustration of her method, see her application of this process in Introduction to Objectivist Epistemology to the concept “justice.”)

Philosophic ideas were deadly serious for Ayn Rand, because she saw their full, final consequences. No matter how complex or technical the topic one would discuss with her, she would never permit the discussion to become an academic exercise detached from its concrete value-significance.

To take ideas seriously means that you intend to live by, to practice, any idea you accept as true. Philosophy provides man with a comprehensive view of life. In order to evaluate it properly, ask yourself what a given theory, if accepted, would do to a human life, starting with your own.

Most people would be astonished by this method. They think that abstract thinking must be ‘impersonal’ — which means that ideas must hold no personal meaning, value or importance to the thinker. . . . But if you are the kind of person who knows that reality is not your enemy, that truth and knowledge are of crucial, personal, selfish importance to you and to your own life — then, the more passionately personal the thinking, the clearer and truer.9

Ayn Rand did not see herself as defending a system, but as calling attention to the facts of reality. She abhorred the approach she termed “re-writing reality” — the attempt to twist the observed facts to fit one’s preconceived notions. Her only loyalty was to the truth, an attitude that left her perfectly free to consider anything, never tempting her to evade facts or arguments that seemed to contradict her previous conclusions.

“If you keep an active mind, you will discover (assuming that you started with common-sense rationality) that every challenge you examine will strengthen your convictions, that the conscious, reasoned rejection of false theories will help you to clarify and amplify the true ones.”10

Ayn Rand’s famous slogan, “check your premises,” was the watchword of her own thinking. Not only did she refuse to accept uncritically the statements of other thinkers but also she judged firsthand the validity of the concepts in terms of which those statements were formulated. She showed that crucial concepts had been improperly defined (e.g., “selfishness”) and that others (e.g., “duty”) were completely invalid. Before she would accept a concept, she had to satisfy herself that it fulfilled a rational, cognitive need; this epistemological purity protected her from the mystical concepts, the arbitrary constructs, the “package-deals,” and the “anti-concepts” which sabotaged the thinking of others. Without this extraordinary, radical independence, she could never have arrived at Objectivism.

What is the historic significance of Ayn Rand’s philosophy?

One of her own statements in Introduction to Objectivist Epistemology implies the answer: “It is as if, philosophically, mankind is still in the stage of transition which characterizes a child in the process of learning to speak — a child who is using his conceptual faculty, but has not developed it sufficiently to be able to examine it self-consciously and discover that what he is using is reason.’”11 That discovery, with everything it presupposes and implies, is Ayn Rand’s philosophic achievement.

This article originally appeared in The Objectivist Forum, a bimonthly journal of ideas edited and published by Harry Binswanger, between June and December 1982. Copyright © 1982 by TOF Publications, Inc.; republished by permission.