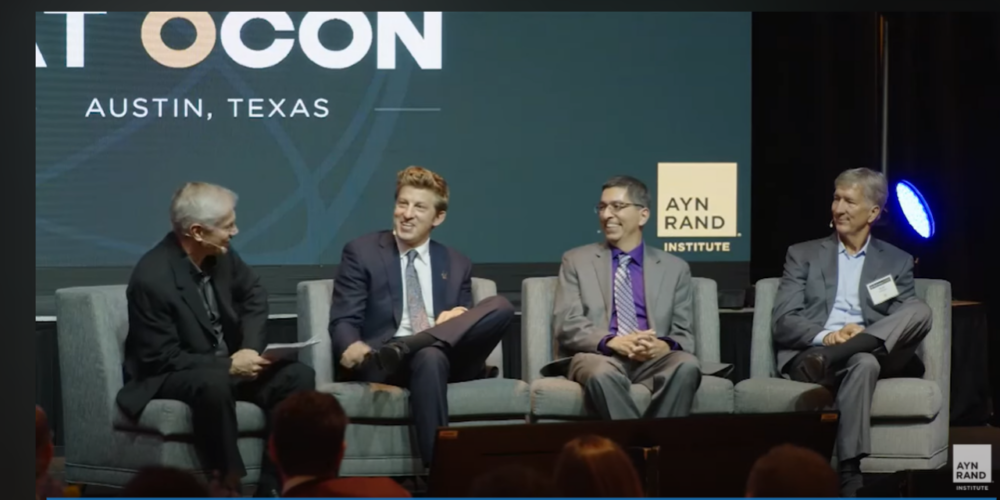 Onkar Ghate and Alex Epstein talk about ARI’s role in defending the creators of industrial-scale energy.

Today, the energy industry — the industry that powers every other industry — is under widespread attack, with environmentalists calling for the rapid elimination of fossil fuels and the phasing out of nuclear energy. But a growing movement of energy champions is hitting back, and in a newly released panel discussion, three of them share their observations from the front lines.

The panel, “Creating a New Generation of Energy Champions,” took place at the Ayn Rand Institute’s annual gala in August 2021 and was moderated by Yaron Brook. It featured Onkar Ghate, ARI senior fellow and chief philosophy officer; Alex Epstein, a former fellow at ARI and author of Fossil Future; and Bud Brigham, an oil and gas entrepreneur. Among the topics covered: