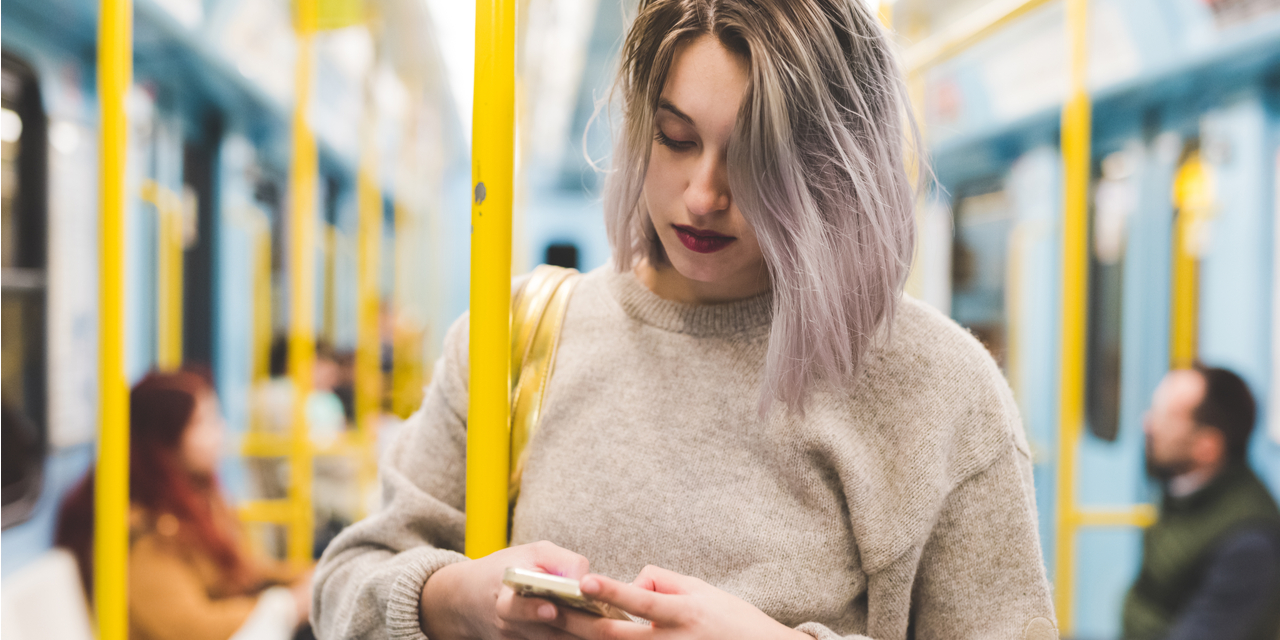 Early this November I spoke at a student conference in Atlanta. The conference addressed the growing tribalism in the culture, and the speakers (affiliated with the Ayn Rand Institute) argued from different angles that individualism is the antidote to tribalism.

The students who attended were, broadly speaking, sympathetic to individualism and would likely have thought of themselves as being, in some sense, individualists. But many of us don’t have a fully clear or well-formed notion of what it means to be an individualist, in part because the culture often presents us with distorted images of what individualism looks like.

For most of us, the issue of individualism first arises in the context of a clash between our own values and ideas, on the one hand, and, on the other, demands from various groups to conform. From childhood we’re repeatedly encouraged to belong or “fit in.” Every school has its cliques (with in-groups and out-groups). Even in college, we too often face the pressure to conform to an intellectual status quo.

In the face of such pressures, many of us do conform to varying degrees, choosing to merge with this or that group — hiding, surrendering, or never bothering to form and maintain our own independent thoughts and values.1

For example, some of us think of individualism as rebelling against whatever happens to be conventional, and we try to mark ourselves off as different, unconventional, unique.2 If something is conventional or expected or popular, we as anti-conformists do the opposite. An entry in the popular online Urban Dictionary captures this attitude as follows:

Those kids who hate everything that is popular and make themselves like things that everyone else hates in the hope that it will make them stand out and be “original” or “unique.” The kind of person who instead of jumping off a cliff if someone else did, would jump off a cliff if everyone else said it was a terrible idea.3

In The Fountainhead, a novel that puts forth a new conception of individualism, Ayn Rand satirizes such types in her description of a salon of artists organized by the architecture critic Ellsworth Toohey. There was, she writes,

. . . a woman who never used capitals in her books, and a man who never used commas . . . and another who wrote poems that neither rhymed nor scanned; . . . There was a boy who used no canvas, but did something with bird cages and metronomes, . . .

A few friends pointed out to Ellsworth Toohey that he seemed guilty of inconsistency; he was so deeply opposed to individualism, they said, and here were all these writers and artists of his, and every one of them was a rabid individualist. “Do you really think so?” said Toohey, smiling blandly.

As the Urban Dictionary entry shows, many people recognize that there is something “off” about this attitude. But what exactly is “off” about it?

Those of us who sense the dependence involved in being an anti-conformist and look for another path, sometimes come to associate individualism with subjectivism — in effect, doing whatever you want to do, because you want to do it. Instead of becoming centered on other people, as the anti-conformist is, we become self-centered in the sense of being driven exclusively by our own feelings and whims.

The subjectivist refuses to be “tied down” or “straitjacketed” by rules or principles. He thinks something like “I won’t let anyone tell me what to do, I do what I want, I’m my own man. I’m a free agent.” He sees rules, laws, principles, or standards as arbitrary impositions and obstacles to the expression of his individuality.

You find elements of this attitude among libertarian anarchists — those who rebel against any kind of rules or authority (unless they personally decide to adhere to the rules, for as long as they feel like following them).4

In the absence of a proper grasp of objectivity, rules, principles, standards, etc., stand in the subjectivist’s mind as just someone’s say-so — and he sees his choice as: follow other people’s blind dictates or follow his own.
But here too there is a mistake. What the subjectivist lacks (or rejects) is the concept of objectivity — the understanding that there is an independent world of facts out there, facts which are what they are no matter what anyone thinks or feels about them, and that genuine knowledge of that world can be established only by reasoning from observed facts and using a logical method.

In the absence of a proper grasp of objectivity however, rules, principles, standards, etc., stand in the subjectivist’s mind as just someone’s say-so — as arbitrary dictates imposed on him from the outside. And he sees his choice as: follow other people’s blind dictates or follow his own. In this respect, the hallmark of the subjectivist is that he is not concerned with what, in reason, is true or good, but with who says it is — who, in effect, is trying to impose their will: them or me.5

It is the principle of objectivity that enables you to distinguish between rules and principles that are arbitrary and those that are true or good. Consider, for example, the principle of individual rights, which America’s founding fathers made the base of their new system of government — the principle that every individual has the right to live for his own sake, to pursue his own happiness, so long as he respects the same right in others. What’s relevant is not that other people discovered and formulated that principle, but that you grasp that the principle is true. To accept the principle as true is to agree to be governed by it — not as a matter of abject rule-following, but as adherence to principles you judge to be in accordance with the facts of reality and of proper human existence.

Another misconception of individualism — one less common, but which can be found among some admirers of The Fountainhead and Rand’s ideas — is that individualism means refusing anyone’s help (such as a scholarship to pay for college) or refusing to join any group or association (such as a campus club or a professional group). Those of us who succumb to this “loner” attitude seek to disassociate ourselves from others and their influence as much as we can on the grounds that accepting assistance or belonging to any kind of group would constitute a form of dependence incompatible with individualism.

This approach to individualism often stems from an admirable motive — we want to be self-reliant, self-sustaining individuals, rather than dependents living off others. But it rests on mistaken conceptions of what self-reliance and independence, in a moral context, require. As Rand put the point:

The fact that a man has no claim on others (i.e., that it is not their moral duty to help him and that he cannot demand their help as his right) does not preclude or prohibit good will among men and does not make it immoral to offer or to accept voluntary, non-sacrificial assistance.6

According to Rand, what morality requires in this context is the commitment to produce and trade for the values your life requires and the refusal to demand that others sacrifice for you. Self-reliance does not require rejecting every form of assistance or generosity; nor is the generosity of others a threat to your independence. So long as you are rational about the assistance you accept and take full responsibility for any debts you incur — and you don’t treat debt as a lifestyle — then you remain morally self-reliant.7

Likewise, independence requires not disassociation from others, but rational association. Association does not entail conformity, obedience, or dependence. If we associate with others on our own terms — if our participation is voluntary and we independently see the value in the association — and if we go our own way when it ceases to be a value, then there is no clash with independence. Other people can be of enormous value to an individualist — and that value includes, in the appropriate context, both material and spiritual support.

Individualism is, at root, a matter of intellectual independence — of exercising sovereignty in the way you use your reason, reach conclusions, form values, and exercise choice in the conduct of your life.
In sum, genuine individualism is not about striving to be different from others for the sake of being different, or unconventional for the sake of unconventionality; nor is it about following our whims, because they are our own whims, or about disconnecting from others as threats to our self-reliance. Individualism requires that we are neither other-centered nor self-centered, but, as Rand argued, reality-centered.

Individualism is, at root, a matter of intellectual independence — of exercising sovereignty in the way you use your reason, reach conclusions, form values, and exercise choice in the conduct of your life.8

The individualist is, in effect, the one in the cockpit monitoring the evidence, reaching his own conclusions, and guiding his course by reason toward goals he recognizes are genuinely worth pursuing. His basic frame of reference is not other people — their beliefs, appraisals, values, actions, or standards — but facts, and what he independently and objectively judges to be true and good, irrespective of whether his conclusions are conventional or unconventional, original or previously discovered, popular or unpopular, mainstream or radical.

In this regard, the proper mindset of an individualist was eloquently expressed by the seventeenth-century English philosopher John Locke, who writes:

The great difference that is to be found in the notions [ideas] of mankind is from the different use they put their faculties to. Whilst some (and those the most) taking things upon trust, misemploy their power of assent, by lazily enslaving their minds to the dictates and dominion of others, in doctrines which it is their duty carefully to examine, and not blindly, with an implicit faith to swallow; . . .9

Then, commenting on his own work and ideas, Locke writes:

This I am certain, I have not made it my business either to quit or follow any authority in the ensuing Discourse. Truth has been my only aim; and wherever that has appeared to lead, my thoughts have impartially followed, without minding whether the footsteps of any other lay that way or not. . . . For I think we may as rationally hope to see with other men’s eyes, as to know by other men’s understandings. So much as we ourselves consider and comprehend of truth and reason, so much we possess of real and true knowledge. . . .

The floating of other men’s opinions in our brains, makes us not one jot the more knowing, though they happen to be true. What in them was science, is in us but opiniatrety [opinion]; . . . Aristotle was certainly a knowing man, but nobody ever thought him so because he blindly embraced, and confidently vented the opinions of another. And if the taking up of another’s principles, without examining them, made not him a philosopher, I suppose it will hardly make anybody else so.10

This is the mindset of an individualist. Only this kind of independent, fact-centered use of reason — in the pursuit of knowledge and in the defining of one’s values — leads to the intellectual self-confidence and self-possession needed to forge a genuine self and to brush aside the pressures to conform with which the world is sadly full.11

To explore this topic further check out “The Virtue of Independence” in the course Moral Virtue on ARI Campus.