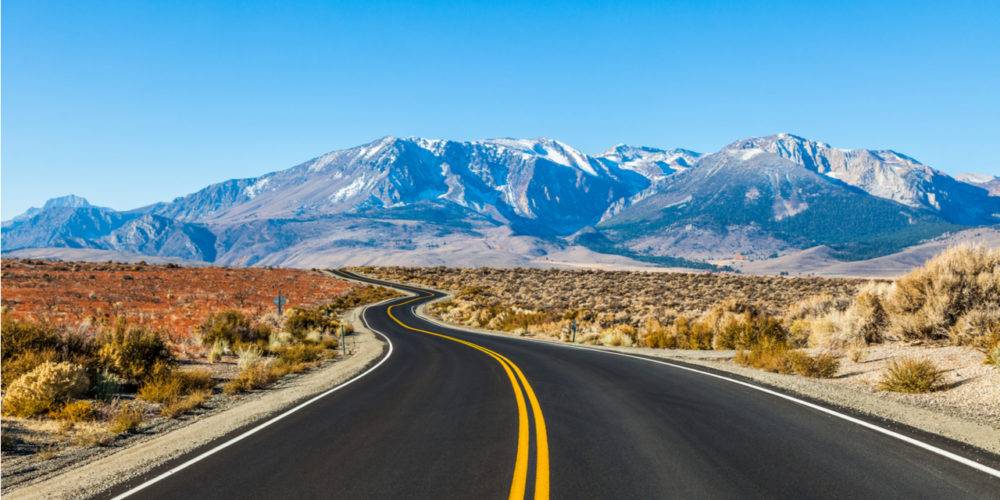 John Allison on Life Beyond Politics

In the aftermath of the bitterly contested 2020 election, it’s important to keep politics in perspective. Toward that end, we offer this letter from John Allison, retired chairman and CEO of the BB&T Corporation and a current member of ARI’s board of directors. Here the focus is on individualism and the possibilities open to each of us in our own lives, with the guidance of a rational philosophy. Before a movement for political freedom can take hold, Mr. Allison observes, people must “learn to value living by their own mind and for their own sake.” We agree, and we offer his letter as a refreshing reminder that political change depends on philosophic change.

A few days ago, the Ayn Rand Institute asked me to write a post-election fundraising letter. I said I would — but that I didn’t want to talk about the election.

Instead, I want to ask you for a favor.

For nearly twenty years, I ran BB&T. During all that time and ever since, I’ve kept a quote from Ayn Rand in my office:

My philosophy, in essence, is the concept of man as a heroic being, with his own happiness as the moral purpose of his life, with productive achievement as his noblest activity, and reason as his only absolute.

And that’s the favor I want to ask of you.

You can still be productive and reshape the Earth in the image of your values. One of my greatest joys is watching the next generation of people inspired by Rand transform fields like education, energy, medicine, and supersonic flight.

You can still build your own Atlantis by finding friends and lovers who inspire and challenge you. One of the reasons I believe to my core that man is a heroic being is because I’ve had the great honor to spend my life surrounded by some of those heroes — colleagues, friends, and family members who embody virtues like honesty, integrity, and pride. You will find many such people at events like OCON, ARI’s Objectivist summer conference.

You can still think. This is not the Dark Ages. Whatever the looming threats on the horizon, you are still free to use your mind, to understand the world — and to share your understanding with others.

Collectivist movements don’t care about individuals. Changing one mind? It means nothing to them. It’s just one more pawn available to manufacture other pawns, all marching lockstep in a single direction, just waiting to be sacrificed for the cause. We are building a movement of individualists. And in a movement of individualists, every success matters, because each person matters — and because none of us is a pawn.

Whenever I become overwhelmed by the difficulty of our mission and the seemingly insurmountable odds of success, I remind myself of the importance of the individual — and of the impact a single individual can have on the world. I ask myself: what would have happened if someone hadn’t put a copy of one of Rand’s books in the hands of Leonard Peikoff, or Harry Binswanger, or Yaron Brook — or me? And I ask myself: in whose hands might we put one of Rand’s books this year if we continue to do our job?

And we are doing our job.

ARI has delivered more than 4.5 million copies of Ayn Rand’s novels to students since 2002—a number that is going to grow more rapidly than ever now that we have the ability to deliver low-cost eBook editions of the novels.

ARI has helped make our movement truly international. For example, overseas conferences have now caught up with and in some cases surpassed U.S. OCON attendance numbers. The latest AynRandCon–Europe, attracted 523 attendees — three quarters of whom were students relatively new to Rand.

Each of these achievements is more than a statistic. It represents real people whose lives have been touched by Ayn Rand.
ARI has made learning about Ayn Rand’s ideas easier than ever, in part by making key courses from Rand, Peikoff, and other Objectivist thinkers available for free on its Ayn Rand University mobile app, its website, and its YouTube page. The app has been downloaded in every country on Earth except North Korea. Consumption of Rand’s and Peikoff’s courses has tripled in the last two years. ARI’s YouTube page has doubled its subscriber count during the same period.

Each of these achievements is more than a statistic. It represents real people whose lives have been touched by Ayn Rand.

I don’t mean to diminish the importance of politics. Politics is important. Freedom is important. And in many ways, there has never been a bigger opportunity to impact politics than there is today.

Twenty years ago, people were generally satisfied with a status quo that was drifting slowly in the direction of statism. Today, we are no longer drifting. We are running toward statism at full speed.

That will cause many who value freedom to turn to purely political causes and activist organizations promising fast results. They have been promising fast results for as long as I’ve been alive. But if the last few decades have made anything clear, it’s that we will not move in a pro-freedom direction until people value freedom — and they will not value freedom until they learn to value living by their own mind and for their own sake. The battle for freedom is a battle for philosophy.

If there is a silver lining to the state of the world, it’s that no one is happy with it. People are thirsty for an alternative. Speaking as a businessman, when the competitive landscape looks bleakest, that is not the time to give up. That is the time when a competitor with a genuinely superior product has the best chance to break through.

Ayn Rand has given us a superior product.

And part of what makes it superior is that what she offers is not just a political vision—but a groundbreaking philosophy that holds up a vision of human life at its best. A vision that each of us can realize now, today, in our own lives.

That’s the favor I’m asking of you.

Help us fight for a better future, one individual at a time. Give us every dollar of support that’s in your self-interest to give.

But, more than that, hold on to the vision of existence Ayn Rand offers in Atlas Shrugged. Use her philosophy to achieve, in your life and in your soul, the highest possible to man. Because if you do, then you won’t have to wait for the world to change. You’ll have changed the only world that matters — yours.

John Allison
Retired Chairman and CEO of BB&T
Member of the Board of Directors, Ayn Rand Institute