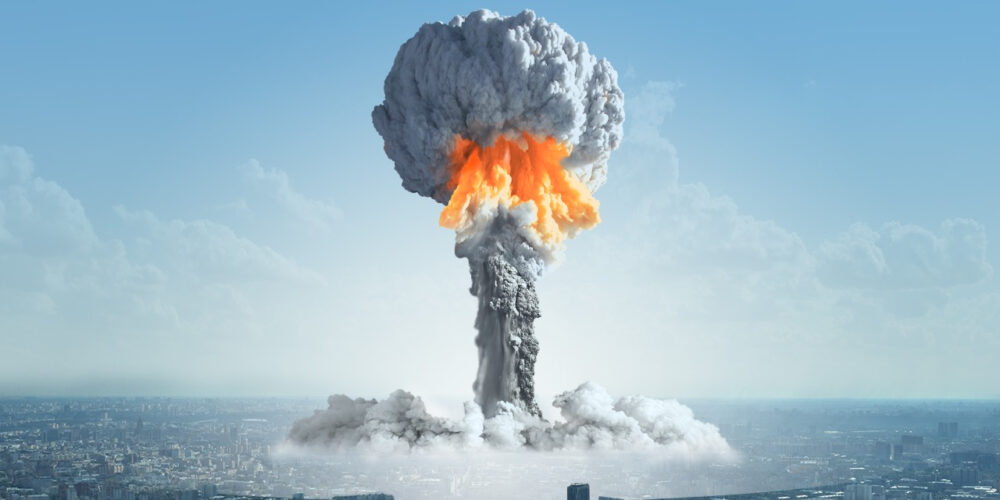 Rand’s analysis of statism and the cause of wars is just as topical today as it was almost sixty years ago.

“We have not faced the prospect of Armageddon since Kennedy and the Cuban Missile Crisis.” This is how President Biden responded to Vladimir Putin’s threat to use “all weapons systems available” in his war in Ukraine.

To gain a wider perspective on this nearly year-long war, it’s worth quoting an observation from Ayn Rand about nuclear weapons, which is as relevant today as it was in 1966: “If nuclear weapons are a dreadful threat and mankind cannot afford war any longer, then mankind cannot afford statism any longer.” In her essay “The Roots of War,” Rand explains her reasons for this view.

According to Rand, statism is the idea that “it is right or practical or necessary for men to achieve their goals by means of physical force (by initiating the use of force against other men) and that some sort of ‘good’ can justify it.” Rand explains that since statist regimes don’t respect the rights of their own citizens, we shouldn’t expect them to respect the rights of other nations. More than that, these regimes need war because they survive by looting: first they loot their own citizens, then other countries: “It is [their] only means of postponing internal collapse and prolonging [their] rule.”

It is statism, then, that is the fundamental cause of wars. Free countries, on the contrary, not only don’t need wars — they gain nothing from them: “[m]en who are free to produce have no incentive to loot; they have nothing to gain from war and a great deal to lose.”

Rand’s essay is powerfully relevant today. The Russian regime is clearly statist. Putin’s regime censors its opposition, loots its citizens, and features actual one-man rule. There’s a case to be made that Russian statism is a salient factor in the invasion on Ukraine, unprovoked by any preceding attack by Ukrainians on Russian territory. Some relevant facts to consider: after the failed takeover of Kyiv, the Russian forces focused primarily on conquering the most industrialized part of Eastern Ukraine; they have also been kidnapping Ukrainian children to be given to Russian families, to supply one of the rarest (and shrinking) resources in Russia: people.

Rand notes that those who oppose war very often accept and embrace its fundamental cause: the idea of statism. But if we really want to oppose war, we need to uproot its root — the statism that so many in the West still advocate.

To see Rand’s detailed analysis of statism and the roots of war, read her essay which is available free online.