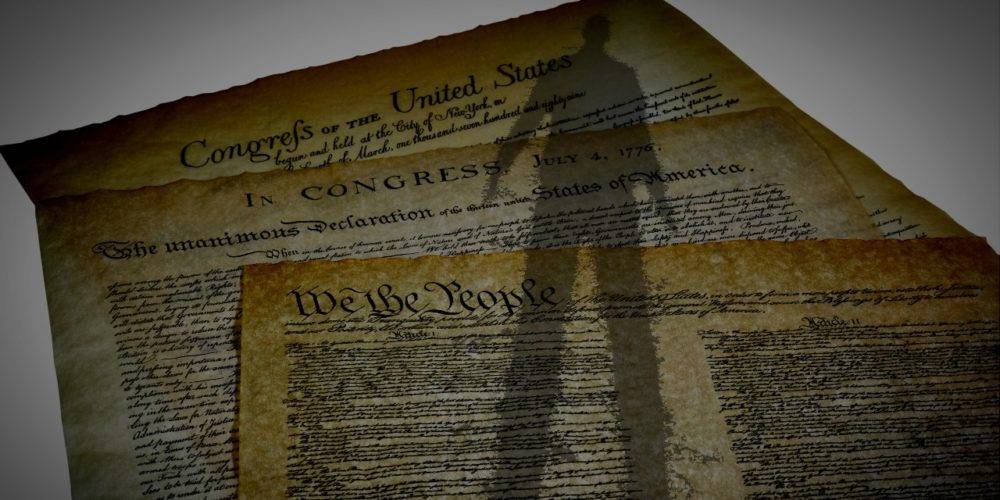 The Specter of Lawlessness Is Darker than You Think

The arbitrariness of the laws that officials are asked to enforce is itself a source of the lawlessness in contemporary America.

Many are rightly stunned by the lawlessness that has spread across America in the wake of the George Floyd protests. Businesses have been burned and looted — most recently this week in Chicago. Statues have been toppled. Courthouses have been besieged. Anarchists even set up an “autonomous zone” for several weeks in a section of downtown Seattle. Surely even those who support the goals of the original protests must find this turn of events disturbing.

Nothing justifies or excuses the rioters. Multitudes of other citizens who have faced hardship and even real injustice have chosen to remain peaceful because they know that mindless violence does not lead to positive social change. The rioters are responsible for their own bad choices.

But we should still pause to consider what created the tinder-dry social environment that the rioters have now managed to set aflame.

It is important that the pandemic and resulting economic downturn have aggravated an ongoing erosion of respect for government officials, especially law enforcement. Against that backdrop, it is much easier for the rioters to exploit the sympathy of their fellow citizens and for politicians to order the police to stand down.

What factors may have contributed to the gradual erosion of respect for the law in the first place?

The problem is worse than scattered lawbreakers

The most vocal critics of lawlessness — especially the ones who call for a return to “law and order” — tend only to scrutinize the most obvious examples of lawless behavior. Their primary focus is on the violent mobs who’ve recently trashed American cities. Only begrudgingly do they acknowledge the lawlessness of government officials, whether it’s police officers who violate the rights of citizens, judges who take bribes, or corrupt politicians.

But the fact of government lawlessness shouldn’t be an afterthought. Since government officials are supposed to be the ones entrusted with enforcing the law itself, their lawlessness is especially galling and destructive. It sets a terrible example for citizens who are also expected to respect the law.

The problem stems not from the moral character of citizens or law enforcers but from the very laws they are asked to respect or enforce.
It is also too easy to write off deviant government officials as just a few “bad apples.” Of course government is not a machine; it is run by people with free will who can make bad choices. But the problem we face today cannot be explained by a few bad apples: our entire society shows signs of descending into lawlessness.

To understand the scale of the problem, we need to look not just at short-term misbehavior of citizens and crooked officials. We need to look at the nature of the system in which they’re made to interact with each other.

Western civilization prizes not just law but the rule of law. That means a society with laws that leave no room for government force to be exercised arbitrarily, according to the momentary whims of men — a society whose laws embody clear principles laid down in advance and in accord with the consent of the governed. The U.S. Constitution, for instance, is a set of laws giving federal government officials only specific powers and proscribing others.

But paradoxically, a nation whose statute books are filled to overflowing with laws can descend into lawlessness, when those laws permit or require arbitrary enforcement. The problem stems not from the moral character of citizens or law enforcers but from the very laws they are asked to respect or enforce. What if the laws bring out the worst in the worst law enforcers, and force even the best of them to do things that erode citizens’ respect for the law? What if it’s the laws themselves that encourage government officials’ lawlessness?

The arbitrary laws undermining respect for the law

A case in point is the drug prohibition laws. The original U.S. Constitution never gave the government the power to regulate the substances we ingest, and it was never amended (as it was with alcohol prohibition) to add this power.1 While it is sometimes argued that this power derives from the Constitution’s interstate commerce clause, this argument stretches the meaning of that clause well beyond its original purpose.2 Recreational drug use is also the paradigm case of a “victimless crime”: the drug user doesn’t violate anyone’s rights, and it’s within his rights to endanger his own health. So there are good reasons to see drug prohibition as overstepping the legitimate boundaries of government power and unjustly infringing on individual rights.

Unjust laws like this have two terrible consequences for the rule of law. First, victimless “crimes” have no victims to come forward for restitution and few witnesses apart from the “criminal” conspirators themselves: to find evidence that they’ve been committed requires prying into someone’s private affairs. Second, because such laws criminalize relatively commonplace behavior, they make criminals out of countless numbers of ordinary, peaceful citizens.

For both of these reasons, the drug laws are practically unenforceable. Enforcing them consistently would require too much work with regard to too many people. (It’s little wonder that the “War on Drugs” has dragged on for over five decades without any hint of resolution.) But this means that the police charged with enforcing the drug laws must rely on discretion to enforce them selectively. When discretion takes over, it’s the personal standards (and sometimes the subjective biases) of the enforcers that rule the day, not objective law.

If you live in a community that experiences the brunt of drug or immigration enforcement, would you respect them as impartial authorities? Or would you fear and resent them as arbitrary intruders in your life?
The immigration laws are similarly lawless in all of the same respects. Here again, the constitutionality of these laws is dubious. In the early days of the republic, it was assumed the federal government had no power to restrict immigration.3 The Supreme Court overturned this interpretation only in 1889, and then on dubious racially charged grounds. And immigrants who take jobs in the United States violate no one’s rights. The jobs they take aren’t taken from anyone else: they’re offered freely by the employer at a wage or under conditions others cannot or will not accept.

As with the drug laws, immigration laws prohibit a victimless “crime” and have similar effects on the rule of law. Because simply moving from another country victimizes no one, enforcing laws against it requires prying into the private affairs of peaceful people, whether the immigrants themselves or the businesses who hire them. And because there is such a strong demand for immigrant workers in our economy, these laws criminalize the peaceful behavior of millions of people. In a country as large and porous as the United States no wall and no number of ICE agents can possibly enforce the immigration laws objectively. As a result, their enforcement again comes down to the whims of enforcers and other accidental considerations. All of this undercuts the rule of law.

READ ALSO:  The Consent of the Governed

Now ask yourself, if you live in a community that experiences the brunt of drug or immigration enforcement, how would you regard the law enforcement officials on whose discretion your future depends? Would you respect them as impartial authorities and the laws they enforce as worthy of respect? Or would you fear and resent them as arbitrary intruders in your life?

The black hole at the center of today’s arbitrary laws

The problem goes much deeper than the drug and immigration laws. Their arbitrariness is only a symptom of a flawed approach to the law that has infected legislation on many topics.

What is supposed to justify laws against these victimless crimes?

The opening text of the 1970 Controlled Substances Act claims that certain drugs should be outlawed because they “have a substantial and detrimental effect on the health and general welfare of the American people.”4 Likewise, the Immigration and Nationality Act of 1965 permits only a select number of visas to individuals other than family relations of citizens “who because of their exceptional ability in the sciences or the arts will substantially benefit prospectively the national economy, cultural interests, or welfare of the United States.”5

The modern “public interest” legislation unleashes government officials to operate on the expediency of the moment. They help create a government that itself becomes lawless.
The language of the “general welfare” or the “public interest” is endemic in contemporary legislation. But what does it mean for some legislation to protect or promote the “general welfare”? Who can judge, and by what standard, whether the drug war protects the “general welfare” by stopping people from using dangerous drugs or hurts that welfare by empowering street gangs and corrupt cops? Who can judge and by what standard whether immigration restrictions protect the “national interest” by saving jobs for native born citizens, or hurt that interest by depriving American employers of inexpensive or indispensably talented workers?

In contrast with the approach of the U.S. Constitution, which delimits the powers of the federal government to the very specific function of protecting individual rights and prohibits it from exercising others, the modern “public interest” legislation unleashes government officials to operate on the expediency of the moment. They help create a government that itself becomes lawless.6

If there’s danger in allowing the police and ICE to exercise discretion in how they enforce our drug and immigration laws, imagine the danger that comes from allowing everyone from Congress to high-level bureaucrats to governors and the president himself to direct whole segments of the economy using their personal discretion about what best fulfills the “public interest.” You will get not only the drug and immigration laws, but the endless volumes of the Code of Federal Regulations, vague declarations of state and national emergencies, and the blind and unpredictable edicts of presidents’ and governors’ executive orders.

Eventually, you might even get government (whether state or federal) with the power to shut down not just the lives of scattered drug users and immigrants, but an entire economy. What effect do you think this would have on law and order in the streets of America?

READ ALSO:  Church-State Separation: A Principle, Not a “Wall” (Part 1)

Law enforcement is too important to be left to the whims of today’s politicians. There are heartbreaking stories about small-business owners — many of them from minority groups — whose livelihoods are now in shambles because police were ordered to stand down in Seattle and Minneapolis.7

Contrary to the politicians who would defund or abolish the police, the problem with today’s police is not their level of funding or staffing. One of the most fundamental problems is the laws the police are asked to enforce. To reform law enforcement, lawmakers need to scrutinize and reform these laws.