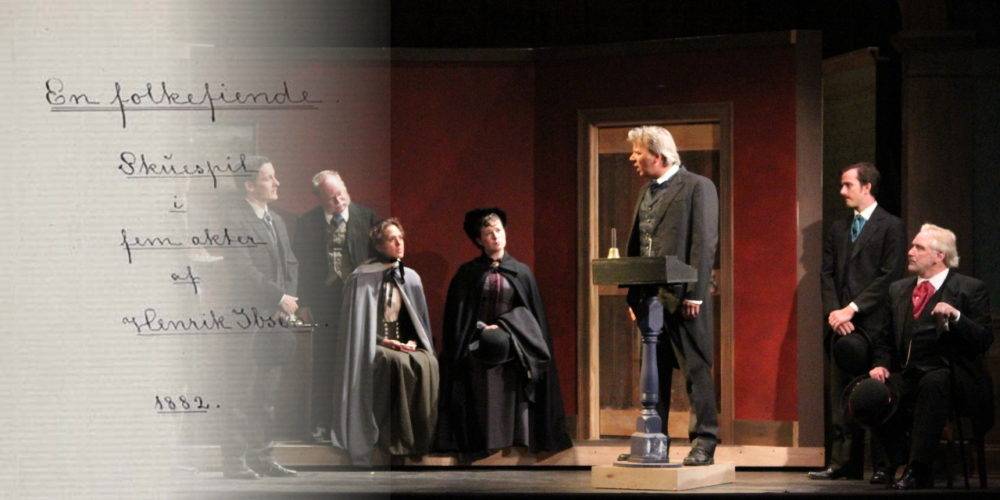 A Drama for Our Time: Ibsen’s Enemy of the People

Many have now heard the story of Li Wenliang, the Chinese doctor who first sounded the alarm about the spread of the coronavirus in Wuhan, but who was forced to recant by Chinese authorities. He later died of the disease himself. There’s a reason this story has captured the imagination of the world. Li’s efforts were inspirational because they were a heroic act of courage in defiance of public authorities eager to evade uncomfortable truths.

A story like Li’s has recurred throughout history, whenever lone lovers of truth have spoken out against popular dogmas. The same timeless conflict is at the heart of Henrik Ibsen’s world-famous 1882 stage drama, An Enemy of the People. It’s worth reading or watching the play today to see a powerful dramatization of this value-driven conflict.

I will impart to you a discovery of a far wider scope than the trifling matter that our water supply is poisoned and our medicinal Baths are standing on pestiferous soil. . . . [T]he great discovery I have made lately . . . [is that] all the sources of our moral life are poisoned and that the whole fabric of our civic community is founded on the pestiferous soil of falsehood.

Ibsen presents Thomas Stockmann as an uncompromising champion of the individual and truth, but it’s a role he assumes only after a great deal of personal struggle. Part of what makes reading the play interesting is to see how Stockmann comes to realize not only the truth about the springs, but also the truth that “the people” do not share his love for the truth.

The origin of the play itself speaks to the timelessness of its message. Ibsen likely wrote the play in response to popular criticisms of the values he had expressed in previous plays.1 Suddenly an “enemy of the people” himself, he took a story he had heard about Eduard Meissner, a physician who faced a situation similar to Stockmann’s in 1832, and transformed it into a drama about the clash of universal values.2

To see how Ibsen resolves the conflict on the stage, consider checking out the free ebook of the play from Project Gutenberg, or the free high-quality audiobook from LibriVox. There’s also a faithful movie version starring Steve McQueen as Stockmann that you can rent on iTunes.

Best of all, for those interested in a deeper analysis of the esthetics and philosophical significance of Ibsen’s play, there’s a free lecture by Leonard Peikoff available through ARI Campus or the Ayn Rand University app on IOS or Android. It’s also reprinted as a chapter in the book based on Peikoff’s course of lectures, Discovering Great Plays: As Literature and as Philosophy. (Peikoff notes that Ayn Rand was a fan of Ibsen — he is referenced favorably in The Fountainhead — and there are important similarities between the conflict in Ibsen’s play and that in The Fountainhead.)

Ibsen’s play is not simply art that imitates life. In 2018, Chinese authorities censored performances of the play by a German stage company.3 They were uncomfortable with the company’s decision, inspired by the play’s message, to allow audience members to vocalize criticisms of the government. Clearly, Ibsen’s play has the power to move people more than a century after its creation and half a world away.