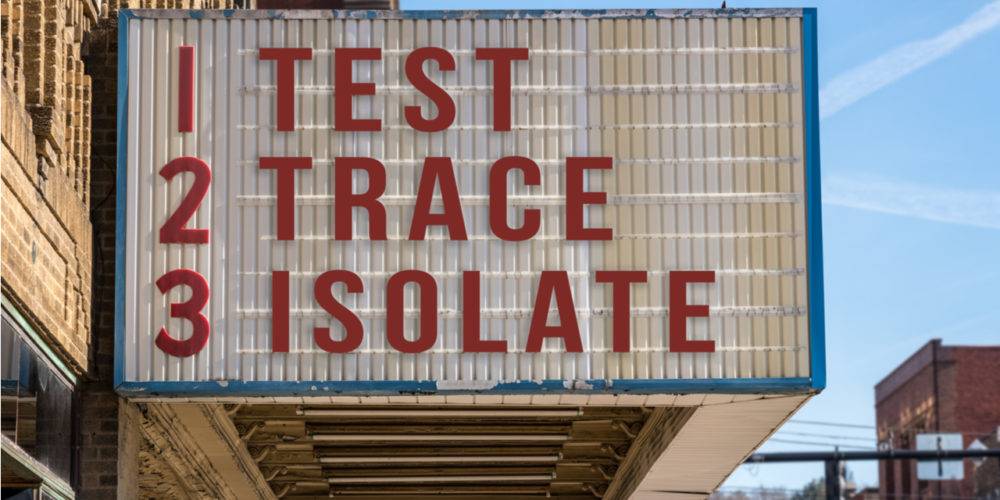 It’s Past Time for a Pandemic Testing Strategy

Months of statewide lockdowns across the country were meant in part to buy time to ramp up testing and contact tracing with regard to the spread of Covid-19. Now — amid an upsurge of cases in Florida, Texas, Arizona, and elsewhere — we still have nothing like a strategic approach to testing and tracing.

“Test, isolate, and track” should be government’s mantra in a pandemic. To protect individual rights, its basic task is to detect carriers of severe infectious pathogens, neutralize their ability to transmit the pathogen to others, and identify whom the carrier might have been exposed to.

This approach was instrumental in Taiwan’s and South Korea’s far more successful responses to the coronavirus pandemic. For example, thanks to Taiwan’s focus on early detection and a rigorous test-isolate-trace approach, by June 30 it reported 447 coronavirus cases and 7 deaths. Schools were closed for only two weeks in February, while restaurants and shops are open. South Korea, which did not act as early but still emphasized testing, reports 12,800 cases and 282 deaths.

In the U.S., after several squandered months, testing capacity has expanded to about 600,000 per week, a five-fold increase since April. But the availability of tests is patchy and out of sync with demand. Arizona is a case in point. Amid a spike in new infections, people at one drive-up testing site found themselves in a three-mile-long line. The state’s largest laboratory said that it was flooded with twice as many samples as it could process. Labs elsewhere say they’re so overwhelmed, that test results for non-priority cases are now delayed as much as three to five days.

What’s the plan when someone tests positive? There’s been no stated or discernable strategy of how isolation of carriers would work. And contact tracing, so important for limiting spread, is an utter shambles.

Despite months to ramp up, the need for contact tracing outpaces the ability to do it. By one reckoning, some 100,000 contact tracers will be needed nationwide; so far, there are about 27,000 or 28,000. And without any strategic coordination, the tracing capacity varies widely. Washington State, for example, has started a program employing more than 2,000 tracers. But in Missouri, by late June public health officials had yet to implement their plans.

Compounding this problem, some public health departments lack modern data systems, according to the director of the CDC, who noted that there are “a number of counties still doing this pen and pencil.”

With the ability to test, isolate, and contact trace at scale, the United States could have identified and quarantined many who are infectious, significantly slowing the spread as states loosened lockdowns. Instead, the virus goes uncontained and we face the prospect of rolling shutdowns to come.

Imagine if the Army tried to fend off an invasion — but with a small fraction of the needed troops, antique weapons, and no plan. That, in a nutshell, is how our government is responding in the pandemic.

It’s past time for our government to live up to its basic function in the face of infectious diseases, which is the focus of an Ayn Rand Institute paper. Just as it’s part of government’s responsibility to monitor and prepare for military threats, to protect our individual rights, so it must actively monitor for new threatening pathogens, prepare for them, and act to test and isolate the carriers.

The nations of Taiwan and South Korea have done far better, because they learned from their past failures to address infectious disease outbreaks. We should be able to do the same, right now. But that requires that all of us, whatever our political affiliations, be willing to admit that America’s response has been a thorough failure.

To do better we need to take seriously, and strictly delimit, government’s necessary role in an infectious disease pandemic. Central to that is to mandate by law a special focus on testing, isolating, and tracing. Which means planning long range, adequately funding infectious disease preparedness, and coordinating the response.

Insanity, it’s said, is doing the same thing over and over again and expecting different results. We should be better than this.

A version of this article originally appeared in The Hill on July 8, 2020.