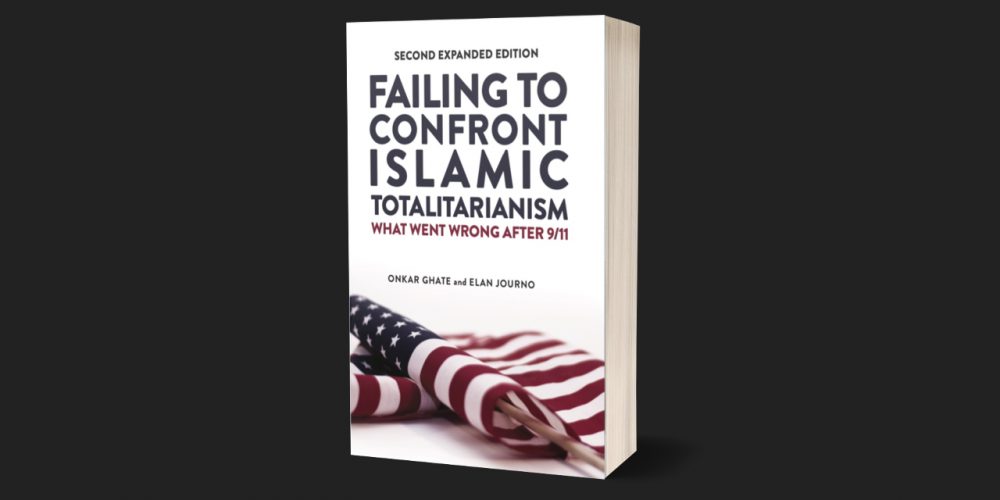 The new, expanded edition of Failing to Confront Islamic Totalitarianism presents ARI’s distinctive philosophic analysis of what went wrong after 9/11.

Yesterday the Taliban entered Kabul, the capital of Afghanistan, after a rapid takeover of the country. Amid the chaos, the U.S. is attempting to airlift its diplomats to safety.

Twenty years after the horrific 9/11 attacks, the long-range effects of decisions taken in the immediate aftermath have become increasingly clear. In case after case, those effects have been as disastrous as ARI commentators predicted. What follows is the authors’ preface to the second edition of Failing to Confront Islamic Totalitarianism, expanding on the first edition’s argument that Islamism is alive and well — and that it cannot be defeated without first understanding it down to its philosophic roots.

Although the book’s publication was set for September, we are making it available online immediately. Paperback and Kindle editions will be available on Amazon.com in due course.

We published this book in 2016, a collection of essays dating all the way back to 2001, to show how from the very beginning irrational ideas have disastrously undermined America’s responses to the September 11 attacks. We’re issuing this second edition in 2021 because the failure to confront Islamic totalitarianism has been compounding and wreaking havoc. One major consequence is a climate of fear that must not be accepted as a “new normal.”

In 2015, jihadists burst into the offices of Charlie Hebdo and shot to death members of the French magazine’s staff — for “insulting Islam.” Five years later, speaking at the trial of alleged conspirators in the attack, a survivor of the massacre decried the fact that the magazine now operates under heavy security: “We are living under siege, in Paris, in 2020.”

Elsewhere in Paris, while that trial was unfolding, a jihadist attacked a middle school teacher, Samuel Paty, and beheaded him. Why? Paty had shown some students a cartoon from Charlie Hebdo — “during a moral and civic education class discussion about freedom of speech.”

This climate of fear haunted the creation of an illuminating documentary, Islam and the Future of Tolerance (2018). It’s a frank conversation between Sam Harris and Maajid Nawaz (a former Islamist) about the religion of Islam, the Islamist threat, and attempts to silence discussion on these issues. Its funding came, not from any major TV network or streaming platform, but the crowdfunding site Kickstarter. Numerous backers, fearing for their safety, withheld their names from the film’s website and end credits. In a note to supporters, the filmmakers acknowledged, “we may end up being targets. That’s a risk we are willing to take.”

Shortly after the first edition of this book was published, a squad of student “thought police” at UCLA Law School tried to ban it. Why? Because they felt the title, and by implication the book, was “offensive.” In a grim irony, this incident, which prompted comment in the Washington Post and elsewhere, happened at a panel discussion on how America’s leaders have appeased jihadist attacks on freedom of speech.

The wider cultural phenomenon reflects a growing taboo against honest, rational discussion of the ideas of Islam, a taboo brought on by confusions, willful distortions and the “jihadist’s veto” — the very real threat that anyone critically discussing Islam might be deemed a blasphemer and murdered.

This book presents the Ayn Rand Institute’s distinctive analysis of what’s wrong with America’s response to the Islamist threat since 9/11. We argue that the fundamental problem lies in irrational philosophic ideas that permeate — and subvert — American foreign policy. You can see those ideas at work in the failure properly to understand the nature and goals of the Islamists — in the self-effacing policies leading to unwinnable wars in Afghanistan and Iraq — in the self-crippling battlefield rules of engagement that hamstring our military — in our continuing appeasement of the enemy and our evasion of the scale of the problem — and in the failure of Western leaders to uphold the secular principle of freedom of speech.

This book’s first edition was subtitled From George W. Bush to Barack Obama and Beyond. The expanded edition—newly subtitled What Went Wrong After 9/11 — spans two more presidential administrations, underscoring the profound impact of philosophic ideas in foreign policy, regardless of who sits in the Oval Office.

The new material, in parts 5 and 6, includes two essays deserving special emphasis, both originally published in New Ideal, the journal of the Ayn Rand Institute.

“Jihadists: Understanding the Nature of the Enemy” argues that the enemy is an ideological movement rooted in Islam. Their conflict with us is not about anyone’s race, nor is it fundamentally animated by material (political or economic) factors. Theirs is an ideas-driven movement, one with factional infighting and disputes, but with a clear goal that followers choose to embrace.

“Trivializing the Islamist Menace” observes that the George W. Bush-era view of the “terrorist threat” exaggerated the problem by portraying it as “existential.” But critics of that view ended up trivializing the problem, leaving us ill-equipped to deal with a growing menace. The essay offers a rational perspective on the seriousness of the Islamist threat.

Part 7 now includes the essay “What Should a Distinctively American Foreign Policy Do?,” first published in A New Textbook of Americanism: The Politics of Ayn Rand (2018). Informed by an Objectivist perspective, it argues for the necessity of defining foreign policy by reference to rational moral principles.

We’ve also prefaced each of the book’s parts with a brief note providing context about events and issues discussed in that part. And we’ve retained (with slight revisions) the Introduction, which spotlights the distinctiveness of the Institute’s approach and why our analysis has been borne out by events. That uniqueness comes from the intellectual framework we embrace: Ayn Rand’s philosophy of Objectivism.

To continue reading, you can download a PDF of the book at no charge or read it online below (use the four-corner fullscreen icon). Paperback and Kindle editions are set for publication next month.