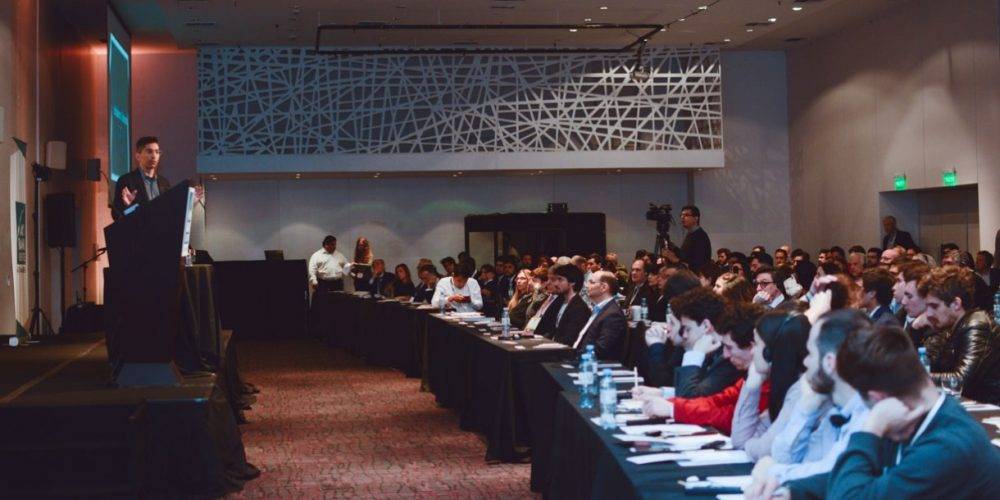 A New Ideal for Latin America

I was born and raised in Argentina. Something that always stood out to me as a child was the constant talk of my country’s “economic and social crisis.” Massive unemployment and high poverty levels, skyrocketing inflation, crime rates going up, riots—these are all I heard about growing up, from my family to people on the streets to talking heads on TV.

I’d hear politicians urging people to trust the government to fix the “crisis,” to sacrifice for the “public good.” “Sacrifice” was a common theme of politicians. For example, in a 2006 speech, president Néstor Kirchner said: “building the country we deserve needs all of our effort and sacrifice.”  And in a 2013 speech, president Cristina Fernández de Kirchner said: “We must continue to work for our homeland with more sacrifice . . . than ever before.” It became clear that the proposed solutions to the problem always relied on a certain moral approach which involved abnegation, letting go of one’s self-interest, and putting others and the country first.

However, nothing ever seemed to get better. The “crisis” only seemed to worsen year after year. And the same is true of almost every other Latin American country.

Rand’s analysis of the forces that move cultures and societies explained what I was seeing around me, even though she wasn’t writing specifically about Latin America. She showed me the power of ideas to make or break an individual or a country.
As I grew up, I started wondering why this was happening. I didn’t know the answer to this and many other questions about the situation I was witnessing. I started seeking explanations, but nothing sufficed.

Rand’s analysis of the forces that move cultures and societies explained what I was seeing around me, even though she wasn’t writing specifically about Latin America. She showed me the power of ideas to make or break an individual or a country. Her perspective was distinctive: she argued that the problem was primarily moral, not political. “Altruism,” she explained, “holds that man has no right to exist for his own sake, that service to others is the only moral justification of his existence, and that self-sacrifice is his highest moral duty.”

But that moral perspective, she argued, leads directly to the politics of “collectivism or statism, which holds that man’s life and work belong to the state — to the society, to the group, the gang, the race, the nation — and that the state may dispose of him in any way it pleases for the sake of whatever it deems to be its own tribal, collective good.” I came to understand that Argentina and most of Latin America were collectivist because altruism completely dominated people’s moral code.

Latin America has had free-market advocates who talk about laissez-faire economics and capitalism as a practical solution. But what’s needed is Rand’s radical new moral perspective, which is completely unheard of in the region. How is anything to change if altruism remains the dominant morality and an alternative is not brought to the table?

In September, these organizations joined efforts to put together the first AynRandCon Latin America. There were two conferences: one in Buenos Aires, Argentina, and one in Porto Alegre, Brazil. The theme was “Collectivism vs. Individualism: In Politics and in Your Own Life.” Speakers included ARI’s Ben Bayer, Yaron Brook, Onkar Ghate, Keith Lockitch and Tal Tsfany, along with several Latin American intellectuals. Additionally, there were a few separate events in those same cities and in Asunción (Paraguay), Santiago (Chile) and São Paulo (Brazil). Some of the topics covered: the virtue of selfishness, the evil of altruism, the morality of capitalism.

The conference speakers challenged them to question the standard “left-right” alternative as a false dichotomy, and suggested that there is another path forward.
The conferences were attended by well over 500 people, and the other events by over 400. Most were young people and students who came from 12 different countries in the region.

This degree of interest is outstanding in such an inhospitable environment. In Latin America, “capitalism” is, almost literally, a bad word, and so is “individualism.” Big government is an unchallengeable given for most people. Sacrifice is a must — that’s what morality is all about. So having so many active-minded people attend the events was remarkable — people who are starting to wonder whether there is something wrong with the moral code around them and its political ramifications. The conference speakers challenged them to question the standard “left-right” alternative as a false dichotomy, and suggested that there is another path forward. Many Latin Americans are hungry for a true philosophical alternative that will help guide their lives. And even those who hadn’t yet started checking those premises were willing to listen to a radical new viewpoint.

READ ALSO:  Meet the New Socialism, Same as the Old
Attendees were presented with new political ideas, but political ideas grounded in a new moral perspective that can help them improve not just their society but their own, individual lives.

During the conferences, it really sank in that all the afflictions that Latin America is suffering from stem from the morality of altruism. As a student in Buenos Aires put it, “The ‘Evil of Altruism’ talk made me rethink several ideas that I had assumed were the right ones.” Rand’s championing of rational selfishness, and the idea that one’s own happiness is the primary purpose of one’s life, is a radical idea in Latin America, where the vast majority of people would never consider challenging the idea that sacrifice is the ultimate moral virtue. Another student in Brazil said, “The whole experience was very enriching. It opened my eyes to other types of arguments for capitalism besides the economic ones.”

The ideas presented at the events were radical for an audience immersed in a society that’s hostile toward the ideas of liberty, individualism and capitalism. But this is how to effect change: by showing up, by challenging the dominant premises and offering counterarguments, by arguing for a new radical philosophy in an inviting but non-compromising way, as Ghate, Lockitch, Bayer, Brook and Tsfany did.

The “crisis” in Latin America continues. Inflation is still skyrocketing. Most people still believe in sacrificing themselves for others and for the “public good.” Latin America’s problems are far from being fixed. But a seed was planted during these conferences — could this be the start of something different? Many young minds have found Rand or deepened their understanding of her philosophy through such events. And maybe these are the minds that will fight for a new ideal for Latin America.

The author would like to acknowledge the hard work of María Marty and Roberto Rachewsky in their fight for a more rational culture in Latin America.