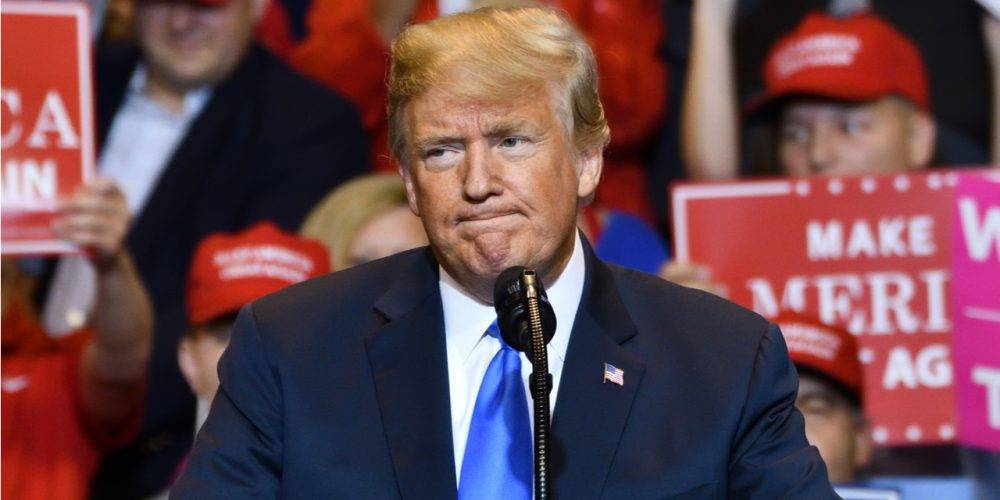 Following the latest allegations of Trump’s corruption and calls to impeach him, more journalists have emerged to speculate about what really motivates the president. Many posit that Trump is selfish.

An essay by Catherine Rampell in the Washington Post asks, “What drives Donald Trump?” Its answer: “Greed, and greed alone.” Rampell argues that Trump’s pressure on Ukraine was only the latest of his illicit decisions undertaken “to enrich or otherwise benefit himself.” Meanwhile, Amanda Marcotte of Salon calls Trump’s actions a form of “pure self-interest” and associates his actions with the “philosophy of radical selfishness” of Ayn Rand.

But Rand’s radical philosophy rejects the conventional wisdom that equates selfishness with behavior like Trump’s. It even makes the provocative claim that a lack of selfishness is at the root of the real moral corruption displayed by this kind of behavior.

Conventionally understood, selfishness is an excessive concern with one’s own interests, without regard for those of others. According to that view, if a figure like Trump selfishly wants to gain money, this will cause him to lie to or cheat others to get what he wants.

But in Rand’s philosophy, the truly selfish individual actually has to have a self whose interests are being advanced. And, she thinks, to have a self means having a core set of convictions and values that are truly one’s own. Many people who are conventionally seen as selfish don’t have that.

READ ALSO:  Why Ayn Rand Would Have Despised a President Trump
Consider this excerpt from The Fountainhead in which Rand’s hero, Howard Roark, diagnoses the moral corruption of his literary foil, Peter Keating. Keating is a fellow architect whose major life decisions are dictated by his estimate of what will gain others’ favor. Does Keating’s behavior here sound familiar?

Look at Peter Keating. . . . In what act or thought of his has there ever been a self? What was his aim in life? Greatness — in other people’s eyes. Fame, admiration, envy — all that which comes from others. Others dictated his convictions, which he did not hold, but he was satisfied that others believed he held them. Others were his motive power and his prime concern. He didn’t want to be great, but to be thought great.

He didn’t want to build, but to be admired as a builder. He borrowed from others in order to make an impression on others. There’s your actual selflessness. It’s his ego he’s betrayed and given up. But everybody calls him selfish. (The Fountainhead, Signet edition, p. 605)

Shortly after making these observations, Roark evaluates Keating’s lack of self:

Isn’t that the root of every despicable action? Not selfishness, but precisely the absence of a self. Look at them. The man who cheats and lies, but preserves a respectable front. He knows himself to be dishonest, but others think he’s honest and he derives his self-respect from that, second-hand. The man who takes credit for an achievement which is not his own. He knows himself to be mediocre, but he’s great in the eyes of others. . . . The man whose sole aim is to make money. . . . [M]oney is only a means to some end. If a man wants it for a personal purpose — to invest in his industry, to create, to study, to travel, to enjoy luxury — he’s completely moral. But the men who place money first go much beyond that. . . .  What they want is ostentation: to show, to stun, to entertain, to impress others.” (The Fountainhead, Signet edition, p. 605)

There’s an uncanny resemblance here to some of Trump’s better-known characteristics. His oft-cited disregard for the truth; his hunger for publicity and for the approval of crowds; his ostentatious displays of wealth (often in spite of his lack of business success); his desire to be viewed as “the best” in every category; his willingness to say or do anything to “win.”

This disdain for the truth means a disintegration of the self, because “a man’s self is his mind — the faculty that perceives reality, forms judgments, chooses values.”
Keating, the man Roark criticizes for having no self, is an otherwise educated, articulate, and at times reflective character. He is an architect who reads intellectual books and tries to justify himself philosophically. If Roark thinks a character like this lacks a self, imagine what he would think of Trump.

Onkar Ghate wrote an incisive piece identifying and critiquing Trump’s avid anti-intellectuality. Ghate’s point is not that Trump is unintelligent or that he lacks academic training. It is that he “projects disdain” for the importance of thinking and acting on principle and of respect for the truth. Seen in the light of Rand’s philosophy, this disdain for the truth means a disintegration of the self, because “a man’s self is his mind — the faculty that perceives reality, forms judgments, chooses values.”

That last quotation is taken from Rand’s essay “Selfishness Without a Self,” a must-read for anyone who wants to gain an even deeper understanding of the error in equating selfishness with doing whatever you want at the expense of others. In it, Rand explores the deeper connection between the anti-intellectuality of the amoralist and his lack of self. She portrays disdain for moral principles as an expression of a “deep-seated antipathy to abstract thinking,” on the part of someone who seeks to “hide (or fill) the nagging inner vacuum left by his aborted self.” The self or I of such an amoralist is at best “a physical hulk driven by chronic anxiety,” who experiences the “chronic feeling that life, somehow, is a conspiracy of people and things against him.”

Leave aside Trump’s alleged backroom deal with an American ally, Ukraine. What’s much worse in Trump’s foreign policy is his open contempt for moral principles, an attitude manifested in his deference to and even praise for dictators in Russia, North Korea, Saudi Arabia, and elsewhere. As the Ukraine scandal was breaking, the news media largely ignored the congratulations Trump issued to President Xi on the occasion of the seventieth anniversary of the founding of the bloody People’s Republic of China. Meanwhile Trump has refused to condemn the Chinese crackdown on human rights in Hong Kong and Xinjiang — and may have even agreed to be quiet to make progress in trade talks.

Those who wish to understand where Trump and the United States have gone wrong should question their assumption that a human being’s own interests — or the interests of a nation — can be defined by whim, without reference to moral and intellectual values. They would do well to heed Rand’s warning: “The grim joke on mankind is the fact that [the amoralist] is held up as a symbol of selfishness. This encourages him in his depredations: it gives him the hope of success in faking a stature he knows to be beyond his power.”

This article previously appeared in Areo.