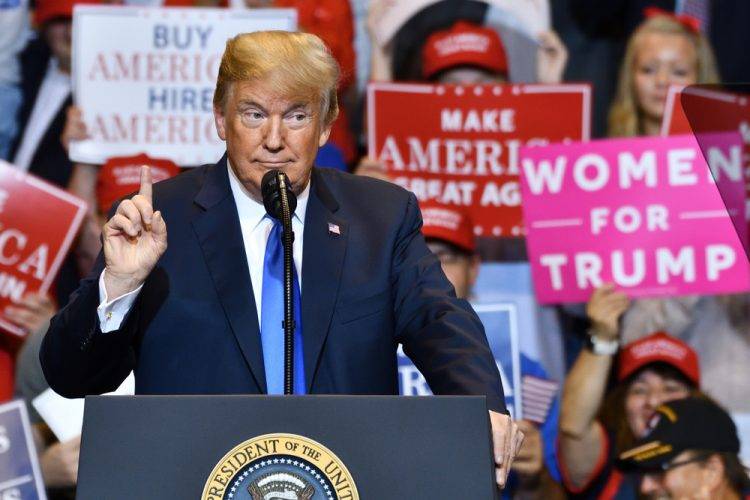 Amid Pandemic, The Price of Trump’s War on Truth

By the hour, we are learning more about the spread and lethality of the novel coronavirus. Even as the COVID-19 pandemic has drastically upended our lives and economy, it has also brought into sharper focus the dire consequences of putting in the nation’s highest office someone who’s at war with the truth.

Even ardent supporters of Donald Trump acknowledge that he spins, exaggerates, stretches, invents facts. Remember his inauguration ceremony? In Trump’s telling, it had a record-breaking turnout. In fact, it did not.

Such habitual twisting of the truth unnerved both opponents and voters who reluctantly voted for him, but Trump’s ardent supporters shut their eyes to its meaning. A favorite rationalization: it’s a character flaw of little consequence. Yeah, he’s a braggart, but what difference does it make how many came to the inauguration, really?

What about the foreseeable outcome of having someone who habitually twists the truth in the Oval Office during a crisis? Many evaded that nightmare scenario. Now we’re living it as the coronavirus pandemic rages.

The lesson here is that you can evade the character of a political leader — but you cannot escape the consequences of such evasions.

In January, while intelligence agencies and health officials warned the Trump administration about a looming crisis, the president shut his eyes to the problem and insisted — as if wishing made it so — that we have nothing to worry about.

Asked on Jan. 22 if he was concerned about a pandemic, Trump said: “No. Not at all. And we have it totally under control.” He added: “It’s going to be just fine.” Dismissing the risk, he misled the American public into a false sense of security.

At a rally on Feb. 10, Trump floated the dubious theory that, with warmer weather, the novel virus “miraculously goes away.” On Feb. 23, he again insisted that “we have it very much under control.”

At a White House briefing on Feb. 26, the president said “the risk to the American people remains very low.” Referring to 15 cases in the U.S., he asserted that that number “within a couple of days is going to be down close to zero.” He added: “We’re going very substantially down, not up” — even as the number of confirmed cases climbed and more countries were reporting cases.

Diagnostic tests for this coronavirus are essential for identifying the spread and lethality of the virus and whether “social distancing” practices are effectively slowing transmission. Touring the CDC facility on Mar. 6, Trump assured the public that “anybody that wants a test can get a test” — when in fact such tests were, and remain, painfully scarce.

Then, after the World Health Organization called the situation a pandemic, on Mar. 17 Trump asserted that “I felt that it was a pandemic long before it was called a pandemic,” and that “I’ve always viewed it as very serious” — in brazen defiance of his own past statements and actions.

In a time of crisis we need leaders to communicate openly, frankly, and truthfully. What Trump has done is minimize the problem, peddle false reassurance, and lie. This has inflamed people’s uncertainty, fear, panic.

While Trump refused to face the facts, the U.S. government squandered precious time. Time that could have been spent better preparing hospitals and enabling widespread, rapid testing on the model of South Korea. Result? Lives needlessly lost. And Trump’s denial has wreaked havoc on our daily lives and the economy. For weeks and weeks and weeks the message was “we have it totally under control,” now suddenly tens of millions of Americans are under lockdowns. Innumerable businesses are shuttered, with an uncertain future. Many people have already lost their jobs. The looming economic downturn is potentially catastrophic.

The lesson here is that you can evade the character of a political leader — shutting your eyes to the facts, wishing them away, inventing feel-good stories. You can tolerate his war on truth, rationalizing it as bragging. And you can tell yourself that, if a crisis erupts, he’ll miraculously face the facts, speak the truth, and handle it honestly. But you cannot escape the consequences of such evasions. Trump’s disdain for facts and truth is blatant, it’s part of his character, and it’s pervasive. So, it’s sheer fantasy to expect him to deal with a crisis honestly, rather than aggravating it.

We’re all now suffering the destructive consequences of installing a person contemptuous of facts in the Oval Office.

This article originally appeared at Medium.com on March 27, 2020.