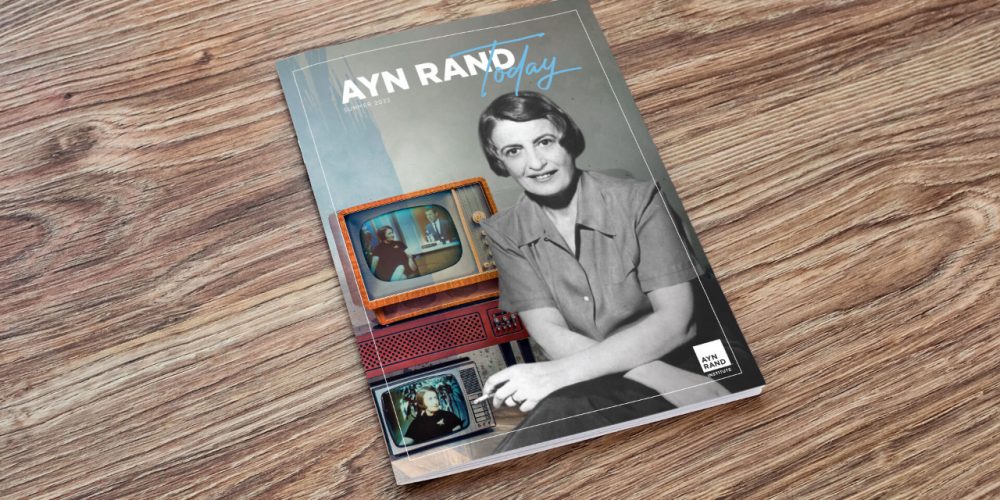 Rare material by and about Ayn Rand is highlighted in this issue of ARI’s quarterly publication.

ARI donors and members have received the summer 2022 issue of Ayn Rand Today, the quarterly magazine that chronicles facets of Ayn Rand’s life, her ideas and the ongoing educational efforts of the Ayn Rand Institute to advance her philosophy.

The latest issue is packed with rare material by and about Ayn Rand while detailing ARI’s efforts to engage new, intellectually curious audiences. Some highlights:

Ayn Rand Today is mailed to donors and members of the Ayn Rand Institute and is available to them online as well. To become a supporter and enjoy more exclusive content from Ayn Rand and ARI, click here.