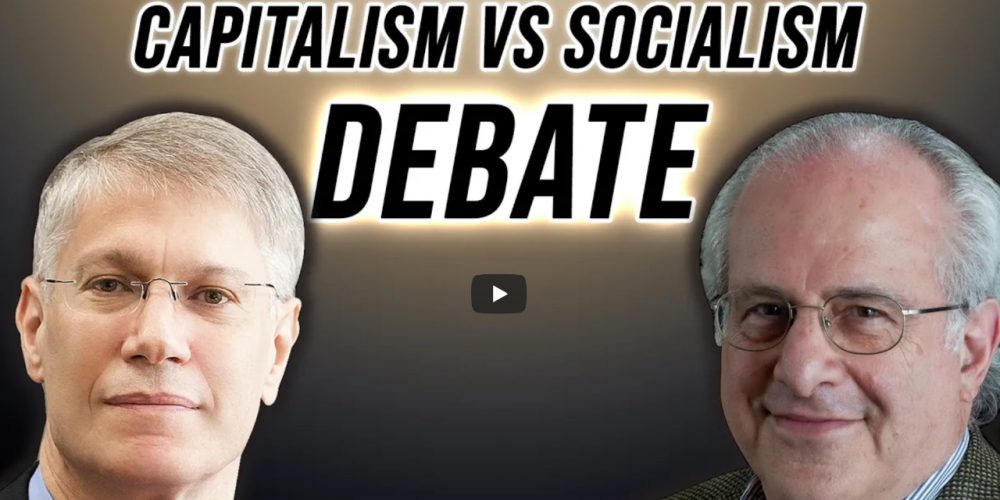 ARI’s Brook Clashes with Intellectuals on Left and Right

With the world continuing to reopen, Yaron Brook, chairman of the board at the Ayn Rand Institute, has been on a whirlwind tour of debates. Two recent debates will help showcase Brook’s outspoken defense of Rand’s individualist philosophy in the face of an ideologically diverse group of adversaries. His opponents in these debates come from both the Left and the Right and represent two major contemporary forms of collectivism.

In an October 12 debate co-hosted by the Penn Political Union and the Andrea Mitchell Center for the Study of Democracy, Brook faced Richard Wolff, professor emeritus of economics at the University of Massachusetts Amherst and a prominent advocate of Marxian economics. Wolff’s latest book, The Sickness Is the System: When Capitalism Fails to Save Us from Pandemics or Itself, argues that capitalism is in a tailspin and that a form of socialism that he calls “economic democracy” is necessary to fix it.

The topic of the debate: “Should the United States embrace capitalism or socialism?” Brook emphasized the similarity between the form of socialism espoused by Wolff and the failed kibbutzim of Israel, which devolved into “resentment, hatred, [and] backstabbing.”1 When Wolff argued that socialism could be “democratic” and thereby free workers from exploitation by a capitalist class, Brook responded that the essence of socialism is the subjugation of the individual and the “negation of the individual mind.” The central question, he argued, is “Who does your life belong to?”

In the debate, Hazony argued for the value of traditions in promoting social cohesion, maintaining that nobody would want the freedom of a desert island. Brook responded that the interventionist government favored by Hazony—one which actively tries to cultivate traditional values—foments disunity and that the best source of unity is a shared understanding of the sanctity of the individual. Brook clarified that being part of a group can be a tremendous good, but that only an individualist society leaves us free to choose which groups to be a part of.

After the debate, Brook and Hazony continued the discussion on Lex Fridman’s popular podcast (an episode which has over 350,000 views on YouTube as of this writing).

The events capped off a year in which Brook debated Whole Foods CEO John Mackey (twice), political commentator Sam Seder, the self-described “antifascist libertarian socialist” Vaush, and many other influential figures coming from wide-ranging parts of the political landscape.

READ ALSO:  Philosophers Discuss: Should We Accept Suffering as Part of Life?