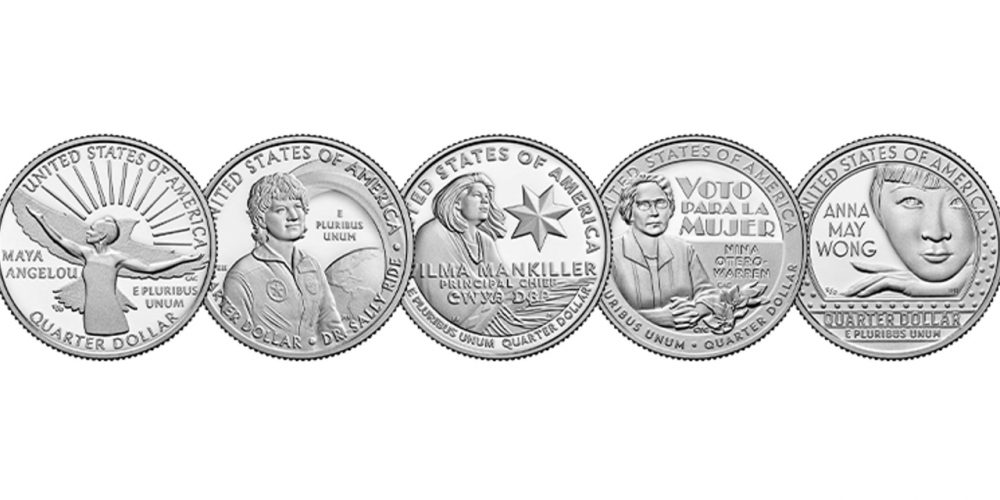 The Woman Who Won’t, and Wouldn’t, Appear on the Quarter

Ayn Rand thought that individuality, not membership in a racial or sexual group, was the real coin of the realm of achievement.

January 2022 marked the rollout of the new American Women Quarters Program, which seeks to celebrate “the accomplishments and contributions made by women to the development and history of our country.” Notably, the women to be featured must have made contributions in a variety of fields and be from “ethnically, racially, and geographically diverse backgrounds.”

There is one woman who meets all of these criteria, but who probably won’t be featured. And precisely because of the nature of her accomplishments, she would likely object to the whole project.

She came from a country where she faced persecution from a brutal regime. Because of her radical ideas and her opposition to that regime, she faced the threat of prison or execution. And because she came from a bourgeois Jewish family, she was barred from work and educational opportunities.

With little money and knowing little English, she escaped to America. But within a few years she was writing Hollywood screenplays, Broadway shows, and eventually novels read and loved by millions around the world. She went on to become a pathbreaking philosopher who defined a revolutionary code of ethics and authored an epistemological treatise outlining a solution to the ancient “problem of universals.” The intellectual movement she launched has now spread around the world.

But when Ayn Rand escaped Soviet Russia, she did it to live in a land of freedom where anyone regardless of race or sex or national origin was supposed to be free to pursue happiness. In America, fortunes were made by the individual’s own thought and effort, not endowed by the grace of aristocratic descent. Rand’s novels, We the Living, The Fountainhead, Anthem, and Atlas Shrugged, are hymns to the ideal of individualism she took America to stand for, however imperfectly it embodied that ideal.

This is why she would have objected to the very idea of an intellectual prize reserved only for those of a certain sex and “ethnic” heritage.

If we should celebrate any Americans’ accomplishments and contributions, we should celebrate those who’ve succeeded in the pursuit of happiness and in securing the rights of others to do the same, regardless of their sex or race. Some of the women who’ve already been selected for the quarter, like Sally Ride and Maya Angelou, have arguably achieved things that would earn accolades in any hall of fame. But by favoring a specific sexual and racial profile, the quarter program is not really honoring them for their achievements, but for accidents of their birth.

READ ALSO:  Ayn Rand’s Unique Understanding of Racism
Consider the case of Adelina Otero-Warren, another pick for an upcoming quarter. The U.S. Mint cited her for being “a leader in New Mexico’s suffrage movement and the first female superintendent of Santa Fe public schools.” But is she being honored for her choices and dedication, or for being a female and Hispanic, facts over which she had no control? William Lloyd Garrison and Martin Luther King Jr. had equal (if not greater) contributions to the cause of civil rights, but they’ve not yet been honored by being featured on a coin.

Some will say that men like Garrison and King have been honored for so many years that it’s time to recognize women from minority groups that have previously been “underrepresented.” Yet the doctrine that there is value in this kind of “representation” is deeply at odds with the value of individualism.

Ayn Rand made this clear in an essay explaining her opposition to racism:

Because she was vocal in her opposition to the idea of sexual and racial “representation,” it’s likely that Rand won’t be recognized on the new quarters. Even though she nominally fits the criteria for this quarters contest, her radical individualism is anathema to today’s anti-individualistic cultural and political leadership.

The Mint’s call for recommendations from the public has now closed. But you can take this opportunity to ask them to revise their rules. Tell them to use the coins to celebrate great American achievers from all walks of life. While you’re at it, consider nominating Ayn Rand herself as a candidate, on the grounds that she was a great American defender of individualism.