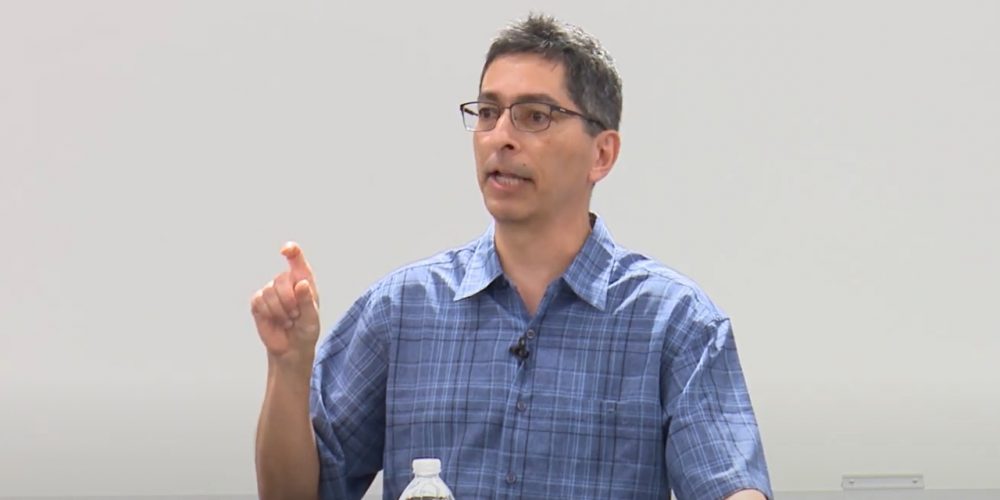 At Univ. of Texas Event, Ghate Challenges ‘Right to Protest’

Free speech and free assembly rights do not apply when public property is dedicated to other purposes.

The Charlottesville protests. The George Floyd protests. The January 6 protests in Washington, DC. Each of these events was initiated by groups with very different political concerns, but each had the same results: disruption of the peace, and the death of protesters and/or police officers. Why?

Speaking at the University of Texas at Austin’s Salem Center for Policy on October 21, ARI senior fellow Onkar Ghate gave a provocative answer to this question. The title of the speech itself indicates just how controversial of a thesis Ghate advanced: “Questioning the Sacrosanct: Is There a Right to Protest?”

Ghate challenges the view that there is a right to mass public protest, and argues that it encourages just the kind of deadly situations we’ve seen in America’s cities in the last few years.

In the talk, Ghate argues that it’s a mistake to see these recent protests as protected by the First Amendment. He sharply distinguishes the situations in which free speech and assembly rights do protect mass gatherings and those in which they don’t. The key differentiating factor is whether they are hosted on private property. Public property, as long as it exists, has to be used for the purpose that justified its creation, whether transportation or recreation or some other function. Almost no public property (with a few possible exceptions) is created as a forum for airing social grievances.

The organizer of the talk, Gregory Salmieri (a senior scholar of philosophy at the Salem Center), remarked as follows on the significance of Ghate’s thesis for understanding the recent controversy about the trial of Kyle Rittenhouse:

I think the right verdict was reached in this case, but if Gaige Grosskreutz had shot Rittenhouse, he too might well have been acting in self-defense. The problem is that all these people were out in the streets that night in the first place — not only the “protesters” and  “counter-protesters,” but also people like Rittenhouse and Grosskreutz who may have intended to prevent destruction or to treat injuries, but who became part of an anarchy where they plausibly saw one another as threats. Ghate checks the premises that have led Americans to tolerate such lawlessness.

You can watch the full talk here on the Salem Center’s YouTube channel:

The talk includes an extensive Q&A, touching on the following topics: