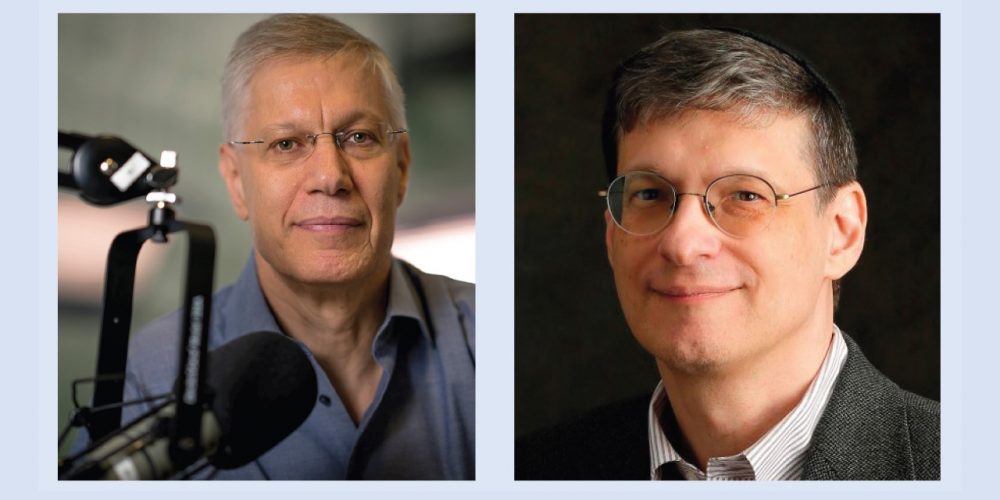 ARI’s chairman will challenge a leading advocate of national conservatism.

Ayn Rand was a defender of individualism against any view, whether of the “left” or the “right,” that demanded the sacrifice of the individual to any collective. The Ayn Rand Institute maintains the same principled stance, and ARI chairman Yaron Brook will represent it in a debate with the prominent Israeli conservative philosopher and political theorist Yoram Hazony on Wednesday, December 8.

Hazony’s book The Virtue of Nationalism made a splash in conservative intellectual circles in 2018 and has since become a central text in the “national conservative” movement. In it he maintains this provocative thesis: “The order of national states offers the greatest possibility for collective self-determination.” (See this critical essay on Hazony’s book by ARI senior fellow Elan Journo.)

Yaron Brook is the author (with Don Watkins) of Free Market Revolution: How Ayn Rand’s Ideas Can End Big Government and Equal Is Unfair: America’s Misguided Fight Against Income Inequality, and is a champion of Rand’s view that the individual is an end in himself, not the means to any higher collective end.

The topic of the debate will be “Individualism vs. Conservativism.” The event is sponsored by the Salem Center for Policy at the University of Texas at Austin and will be moderated by Tom Gilligan, professor of finance and a senior scholar at the Salem Center. Those wishing to watch in person can see the sparks fly at 7 p.m. central standard time in Crum Auditorium of Rowling Hall (300 West Martin Luther King Jr. Blvd.) on the UT campus. The debate will also be broadcast live on the Internet at 5 p.m. PST / 8 p.m. EST / 1 a.m. UTC). Join us to watch this fundamental clash of ideas.