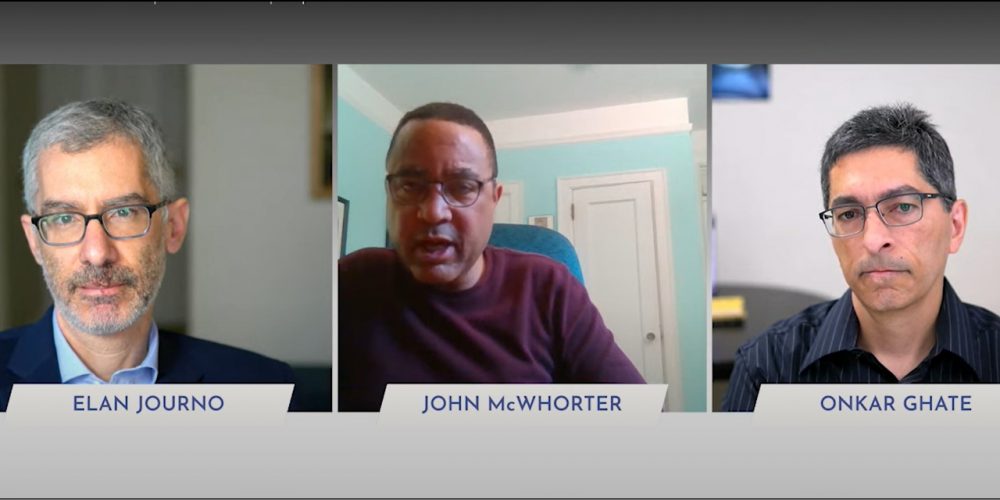 Talking with John McWhorter about the Racist ‘Woke’ Religion

“Woke” anti-racism is ascendant in our culture. But contrary to the claims of its advocates, it encourages, rather than combats, racism. And it actively harms, rather than helps, the people it claims to care about. What animates it is not a commitment to facts and evidence, but a zealot’s mentality: it is a new religion. John McWhorter makes these provocative claims in his trenchant new book Woke Racism: How a New Religion Has Betrayed Black America. In this episode of the New Ideal podcast, Onkar Ghate and I talk with McWhorter about his analysis of the “woke” phenomenon.

Topics we talk about include:

I’ve learned a lot from reading McWhorter over the years, and I enjoyed the conversation. If you’re curious about his book, I wrote about it in New Ideal recently, and it is well worth reading. Let me also recommend a separate podcast that Onkar and I did on the occasion of Martin Luther King Jr. Day: “Racism, ‘Color Blindness,’ and Tribalism,” a discussion informed by Ayn Rand’s philosophic analysis of racism. In her essay “Racism,” which you can read online, she called it “the lowest, most crudely primitive form of collectivism.”

The McWhorter interview was recorded on December 1, 2021. Watch or listen to the discussion below. Listen and subscribe from your mobile device on Apple Podcasts, Google Podcasts, Spotify or Stitcher. Watch archived podcasts here