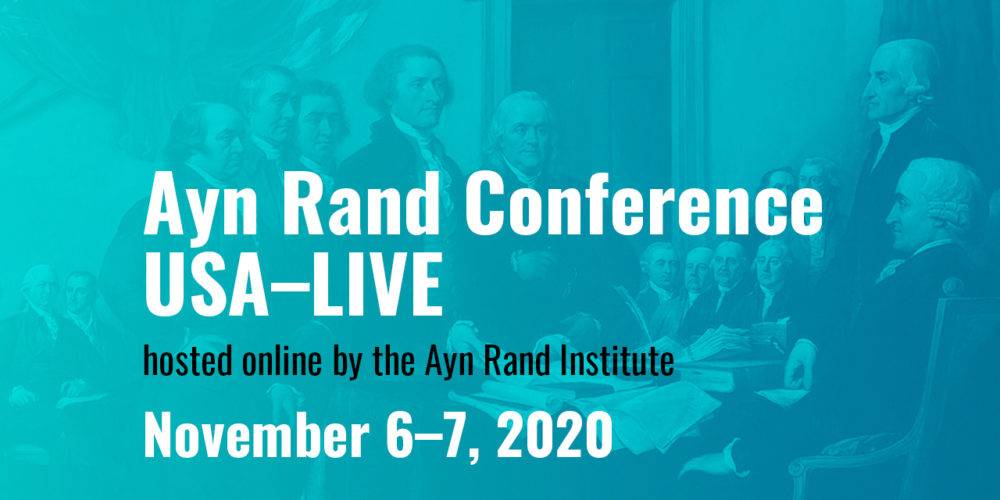 Where can we find the wisdom needed to deal with growing cultural strife and political conflict? An upcoming conference of Ayn Rand scholars looks to the Age of Enlightenment for inspiration and solutions. The event, Ayn Rand Conference USA–Live, will be hosted online November 6 and 7, 2020.

The conference aims to be especially relevant to students, young people and relative newcomers to Objectivism. The online format will make it easy to communicate directly with speakers, via Zoom’s chat and Q&A modules. And in a nod to the Enlightenment era’s drawing rooms full of interesting thinkers, the conference will feature “virtual salons” hosted by speakers and ARI staff — breakout rooms where participants can interact with a speaker of their choice.

What’s more, the first talk will be open to the public, broadcast live on ARI’s YouTube and social media channels. The remaining talks, Q&A and social events will be open only to registered conference attendees.

Those familiar with some of the ideas and ideals of the Enlightenment will hear fascinating insights into the strengths and weaknesses of those ideas that Rand identified and addressed in her own writings. Scheduled presentations include talks by experts in Objectivism who regularly speak and write about Rand’s philosophy and its application to today’s big questions:

As a preview of the whole conference, here’s a short video by ARI’s chief philosophy officer, Onkar Ghate, on the historical importance of Enlightenment ideas:

Register today at this link. Students can inquire about significantly reduced pricing here.