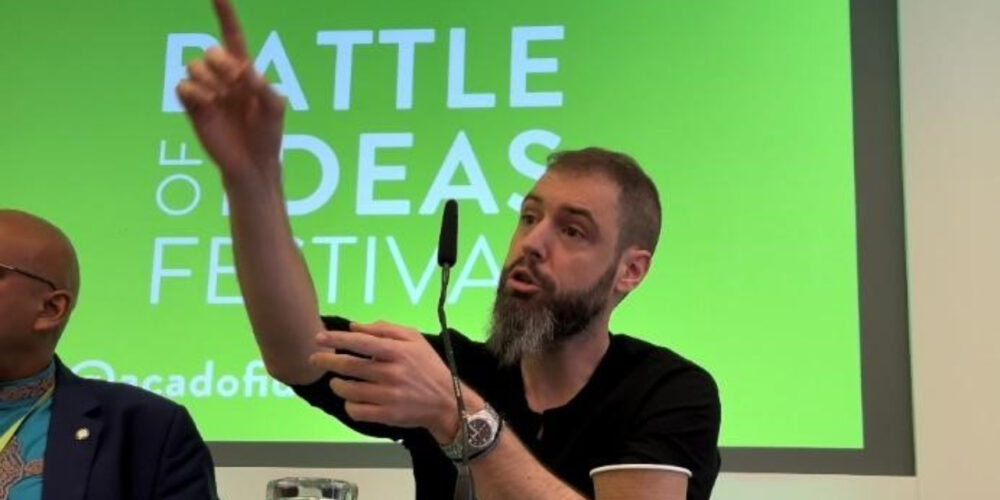 Fighting for Our Ideas in The Battle of Ideas

Objectivism had a strong presence in the intellectual event of the year in London.

In 2010 a young, self-righteous Marxist attended a debate festival, called the “Battle of Ideas,” in London. Hundreds of speakers were debating in dozens of panels, on topics including politics, culture, art and philosophy. The discussions were no-holds-barred, and our young Marxist didn’t like the event one bit, as for the first time his certainties were being challenged. There might be something wrong with environmentalism? Average people don’t need guidance from us superior leftist intellectuals to lead their lives? Not every major problem is a result of too many people on planet Earth? No limits to free speech at all?

That young Marxist was me, and through my involvement with the Battle of Ideas I began challenging my premises, embarking on an intellectual journey that eventually led me to Objectivism. This is where I first met Yaron Brook, my role model of a public intellectual, in 2014, and Razi Ginzberg, my brother-in-arms spreading Objectivism in the UK, in 2016. So, you can imagine my pride when I found myself in London this October representing the Ayn Rand Institute, together with Yaron and Don Watkins.

We spoke on five panels, addressing more than 350 live audience members and close to one thousand online viewers. We debated environmentalism, Critical Race Theory, intergenerational dynamics, U.S. politics and other topics. But here’s the most important thing: the vast majority of the audience — many of them young people — had never before heard the radical and unique views that Objectivism has to offer.

This was evident in the Q&A sessions, which are a central part of the Battle of Ideas, as the organizers are proud to give the public a voice to ask questions and challenge the speakers. Whether the audience agreed or disagreed, their comments revolved around the points we had made — we had set the agenda. The reasons are easy to understand: Objectivism goes to the fundamentals of each topic. People might like or dislike what we say, but they get what we stand for, and why we stand for it. Also, we give them food for thought about ideas they did not even know were out there. And then, outside the debate hall, there was our table with books and leaflets, and there were our activists, eager to start discussions and answer questions.

The Ayn Rand Institute plans to continue its collaboration with the Battle of Ideas, and this makes me very happy. And who knows? In the future some other young Marxist attendee might come across an idea that will spark a fire in his mind and turn his life around.