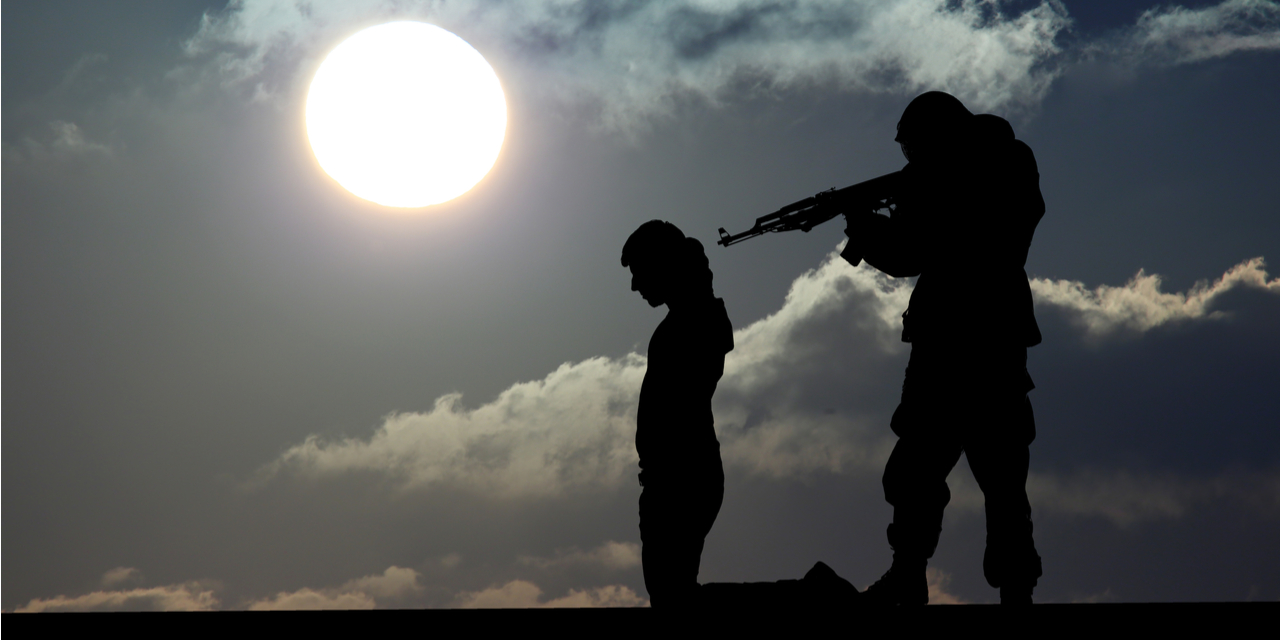 Two huge developments have put a renewed focus on the war-torn Middle East: Trump’s abandonment of the Iran nuclear deal, and Israel’s air strikes on Iranian military bases in Syria. This may seem like yet more turmoil in a region marked by perpetual strife, but in fact the stakes here are wider than people imagine.

Israel’s conflict with its adversaries used to be seen as a narrow, regional issue—and beyond that, of significance only to Jews and some evangelical Christians. But as I show in my new book, What Justice Demands: America and the Israeli-Palestinian Conflict, that’s myopic. In fact, the conflict is between freedom and tyranny. (Yes, that kind of morally charged language is rarely used today, but it’s fitting.)

Israel, the region’s only free society, faces a virulent movement fighting to eradicate individual freedom and to impose totalitarian rule in the name of Islam: the jihadist cause. And Iran is a leader of that cause. Whether you follow some religion or you’re an atheist (like me), if you value human life, freedom, and progress, you should recognize that Israel’s chief enemy is also ours.

What distinguishes the jihadists is not their aim of wiping Israel from the map; Israel’s other adversaries have long sought that end. Rather, it’s that the Islamist movement’s virulent justification for that goal resonates with many in the region and beyond.

Iran eagerly proclaimed itself the leader of a global jihadist cause. It made that ideal appear realizable, and the path of jihad practical.
For decades, Israel’s regional adversaries were neighboring regimes—mainly Egypt, Jordan, Lebanon, Syria, Iraq—and the Palestinian movement, which those regimes sponsored. Ideologically, these adversaries often justified their desire to liquidate Israel in terms of Arab nationalism or a specifically Palestinian nationalism. Leading the charge against Israel was Egypt’s military dictator, Gamal Abdel Nasser, a self-styled prophet of Arab Nationalism. That ideology was a nominally secular blend of socialism, fascism, and brute authoritarianism, infused with Islamic tropes and allusions. By the close of the 1960s, the spearhead was the Palestinian Liberation Organization (which Nasser instigated and funded), led by Yasser Arafat.

But then in 1979 came the Islamic revolution in Iran. It galvanized the Islamist movement across the world, while the appeal of Arab nationalism was waning. The new Iranian regime embodied the ideal of a totalitarian society shaped by Islamic religious law. Iran eagerly proclaimed itself the leader of a global jihadist cause. It made that ideal appear realizable, and the path of jihad practical.

The Islamists had a different, more compelling justification for reviling Israel. They sought to liquidate that free society, not in the name of realizing an exhausted dream of Arab “unity,” or an authoritarian Palestinian homeland, but in the name of the sacred duty to serve Allah. They denounced Israel as an infidel regime on land that must belong to the pious.

The aftershocks of Iran’s revolution energized Islamist groups, and notably within the Palestinian movement. The best known of these is Hamas (the Islamic Resistance Movement), whose founding document explains that, “There is no solution for the Palestinian question except through Jihad.”

While Arab regimes inched back somewhat from the anti-Israel vanguard, the Islamists marched forward. In Lebanon, Iran helped create an Islamist force called Hezbollah, which has attacked and waged war against Israel. Within the Palestinian community, Hamas eclipsed the nationalist factions that had led the Palestinian movement for decades, winning a 2006 landslide election then seizing control of the Gaza strip. Hamas and other Islamist Palestinian groups received Iranian funding and military hardware, enabling them to wage war against Israel from within Gaza in 2008-09, 2012, and 2014.

The larger truth is that neither Arab regimes, nor the Palestinian movement, nor the Islamists give a damn about the lives of Palestinian individuals that they claim to be avenging.
The Islamists, like their nationalist predecessors, invoke Palestinians grievances related to Israel’s founding and ongoing policies in defense of their cause. But that’s a dishonest ploy. In my book, What Justice Demands: America and the Israeli-Palestinian Conflict, I explore Palestinian claims in detail. Properly defined, there are some actual wrongs to be addressed, but these cannot explain the longstanding hostility toward Israel, nor justify the violence against it.

The larger truth is that neither Arab regimes, nor the Palestinian movement, nor the Islamists give a damn about the lives of Palestinian individuals that they claim to be avenging. They have exploited that community, indoctrinated many of them, and exacerbated their suffering. Neither the Islamist “solution”—a theocratic Iran-backed Palestinian regime—nor the dictatorial regime of their rival factions could solve any actual problems.

Fundamentally, regional hostility toward Israel reflects the ideological currents of the Middle East. Now at the vanguard of that hostility are the jihadists, which Iran has long inspired and funded. Iran has backed Hamas and Hezbollah, both notorious for suicide attacks, in several wars on Israel. The Tehran regime, which has sought nuclear capability, has long glorified martyrdom in the path of Allah.

Like our society, Israel has flaws and shortcomings, but, also like our society, it protects the freedom of individuals. And its chief foe—the jihadist cause—is also ours.

A slightly different version of this essay originally appeared at TheHill.com.