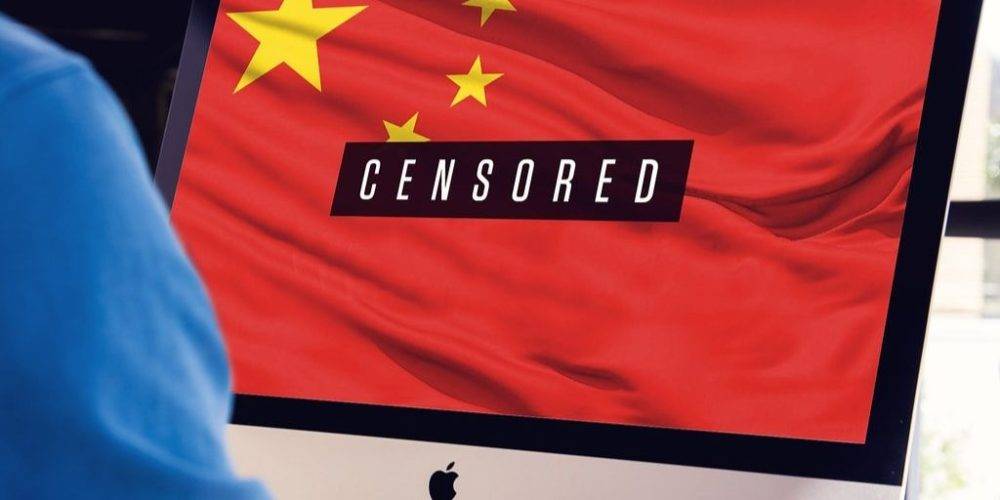 How the UN Whitewashes China’s Crushing of Free Speech

The United Nations’ Universal Declaration of Human Rights vows to protect freedom of speech for all individuals. The UN actively tracks human rights, notably freedom of speech, and pledges to hold member-states accountable for violations of such rights.

But the truth is that the UN is undermining freedom of speech. It does so, inter alia, by enabling gross violators of the principle and whitewashing them.

A stark example of the UN’s subversion of freedom of speech is its treatment of China. China is one of the “permanent five” in the UN’s Security Council, where it wields enormous power and influence. But far from modeling what it means to protect freedom of speech, China is one of its worst violators and an enemy of the principle ­— a fact that has recently become more evident with the country’s ubiquitous censorship of information about the novel coronavirus.

Many have heard of the Chinese “whistleblower doctor,” Dr. Li Wenliang, who was among the first to raise the alarm about the novel coronavirus. The Chinese government silenced him and accused him of “making false comments.” He died of Covid-19 in early February. This story sparked demands for freedom of speech across China — which were ultimately censored as well, spotlighting how the Chinese regime operates. (The Chinese government recently exonerated Dr. Li, postmortem.)

China is ruled by the Chinese Communist Party in a one-party system that has total control over people’s lives — their housing, their jobs, what they watch on TV. There is no such thing as freedom of speech within Chinese borders — the country’s authoritarian regime imposes thought control.

When regimes like China blatantly crush freedom of speech, they get a free pass or, at most, a slap on the wrist.

Censorship is pervasive. For instance, the Chinese government’s “Great Firewall” blocks many internet sites (especially foreign websites) and bans access to news sites, Google, Facebook, Twitter, YouTube, and virtually every other social media site; not even text message apps, such as WhatsApp, can be accessed. China has its own social media platforms (notably, Weibo and WeChat), which are subject to heavy censorship. This is because, online, Chinese people can only access information that the government has previously curated. China even operates a special internet police, part of Cybersecurity Defense Bureau, that’s made headlines for showing up at the home of users who share information about the novel coronavirus, dragging them in for interrogation and demanding they sign loyalty pledges to the state.

Dissent against the ruling Party is zealously punished. Voicing disagreement with the regime’s leadership comes at the cost of one’s safety, liberty, and, often, one’s life.  You could suddenly disappear, or your family members could face death threats, kidnapping, or house arrest without having been accused of a crime.

Consider the case of Liu Xiaobo, who, among other things, was one of the writers of Charter 08, a manifesto demanding political change and freedom in China, including freedom of speech. He faced a lengthy prison sentence for his advocacy and for “inciting subversion,” according to the regime.

Liu Xiaobo won a Nobel Peace Prize in 2010, while arrested. His wife, Liu Xia, was set to travel to Oslo to collect the prize — but she was placed under house arrest with 24-hour surveillance and no access to the internet or a phone before traveling. She was never accused or convicted of any crime. She was only allowed to leave her house eight years later to attend her husband’s sea-burial. And, immediately after that, she was sent away to a remote part of the country so she wouldn’t be able to attend memorials held by her husband’s supporters. This was to prevent her from speaking up against the regime. (Finally allowed out of China in 2018, she moved to Berlin.)

It’s an incontestable fact that China is one of the world’s worst violators of freedom of speech. What has been the United Nations’ response?

The UN’s main deliberative body, the General Assembly, has issued zero resolutions condemning China in the 2019, 2018, and 2017 sessions, and has yet to speak on China’s censorship during the pandemic. Even worse: at the beginning of April, China was appointed to a UN Human Rights Council panel where it will “play a key role in picking the world body’s human rights investigators — including global monitors on freedom of speech,” per UN Watch.

The UN has turned a blind eye to China’s crackdown on freedom of speech. Consider the meaning of the UN’s silence: It represents a fundamental negation of the principle of freedom of speech. And the effect of that silence is to whitewash China’s record.

It’s not just the powerful and influential Chinese regime that gets a pass: the problem is pervasive. Cuba, a non-permanent UN member, for instance, is one of the worst offenders in the Americas when it comes to freedom of speech (and every other right). Venezuela is a similar case: journalists that oppose Maduro’s regime are constantly harassed and jailed.

Has the UN expelled these regimes? No. The most the UN has done is issue tepid recommendations, while both remain member states and hold seats on the Human Rights Council. Venezuela has lost its voting privileges in the General Assembly a few times, but not as a penalty for its human rights violations. The reason? Its unpaid dues to the UN. It seems that that is where the UN draws the line.

The UN turns a blind eye to state-mandated propaganda, online censorship, and the imprisonment of journalists, activists, and civilians for expressing their views and disseminating information. When regimes like China blatantly crush freedom of speech, they get a free pass or, at most, a slap on the wrist. By trivializing the crimes of these regimes, the UN whitewashes them and shows itself to be an enemy of freedom of speech.

A version of this article appeared originally at Medium.com.

Image: “China Censorship” (cropped) by Mike MacKenzie is licensed under CC BY 2.0.