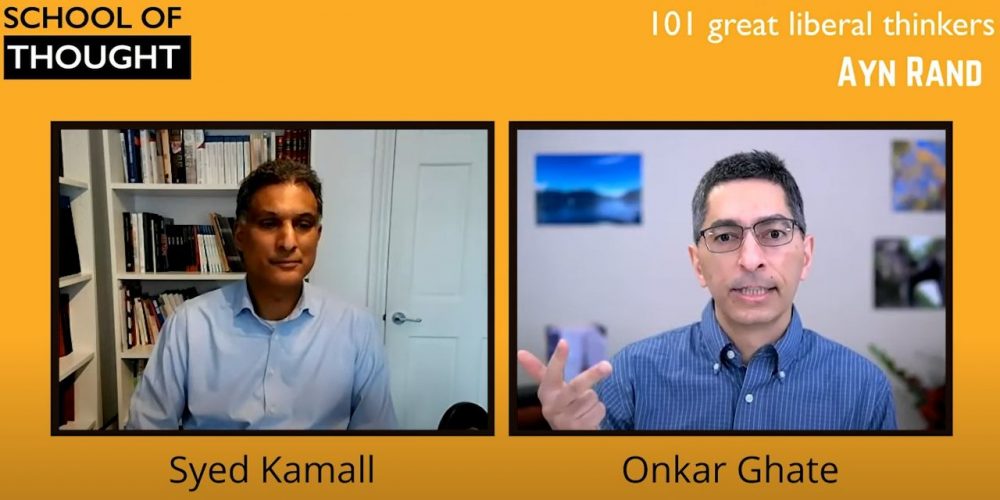 Onkar Ghate discusses Ayn Rand’s philosophy, its relation to the classical liberal tradition and the value of her ideas to advocates of liberty.

How do Ayn Rand’s ideas relate to the history and tradition of classical liberal thought? What insights does her philosophy offer advocates of liberty today? These issues were at the core of an interview of Onkar Ghate, ARI senior fellow and chief philosophy officer, conducted by Syed Kamall, acting academic and research director at the Institute of Economic Affairs.

The classical liberal tradition consists of thinkers who, like Rand, advocate individual freedom and limited government. But, Ghate points out, Rand’s support for freedom is logically dependent on her specific views on deeper philosophical issues. In her view, if one’s philosophy is defective, one’s arguments for liberty will fall flat.

Over the course of the interview, Ghate illustrates how this conviction informs Rand’s arguments that some nominally pro-liberty movements fail to advance that cause. For example, because she holds that all one’s conclusions should be based on reason, she is highly critical of the attempt to defend freedom on religious grounds. For Rand, “If you link faith and religion to freedom,” Ghate says, “what you’re basically saying is that reason and science are on the side of socialism, communism, and if you concede that, you’ve lost everything.”

Ghate also discusses how Rand’s view of the importance of philosophy contributes to her analysis of the Enlightenment, the eighteenth-century intellectual movement that contributed greatly to the advancement of classical liberalism and led to the founding of the United States as an explicitly limited government. The Enlightenment, he relates, was initially animated by pro-reason and pro-self-interest attitudes. Rand held that self-interest, along with reason, is essential to the case for political liberty. These attitudes led to the Enlightenment’s achievements.

But, Ghate says, Rand concludes that the Enlightenment ultimately failed from a philosophical perspective. Over time, the ideas held by the movement’s leading philosophers turned further and further away from reason and self-interest, culminating, according to Ghate, in Hume’s explicit denial of both. The philosophy the Enlightenment advocates of freedom were relying on “was defective.” This vulnerability, he adds, was attacked by opponents of freedom, which led to the rise of fascism, socialism and the welfare state.

Ayn Rand’s contribution to the battle for liberty, Ghate argues across this interview, is to advance a new philosophy that overcomes the failures of Enlightenment attempts and justifies freedom. This perspective is captured in his answer to an early question from Kamall asking him to summarize Rand’s philosophy of Objectivism: “I think of Objectivism . . . as the philosophy the Enlightenment deserved, but never got.”

Other topics discussed in the interview include: