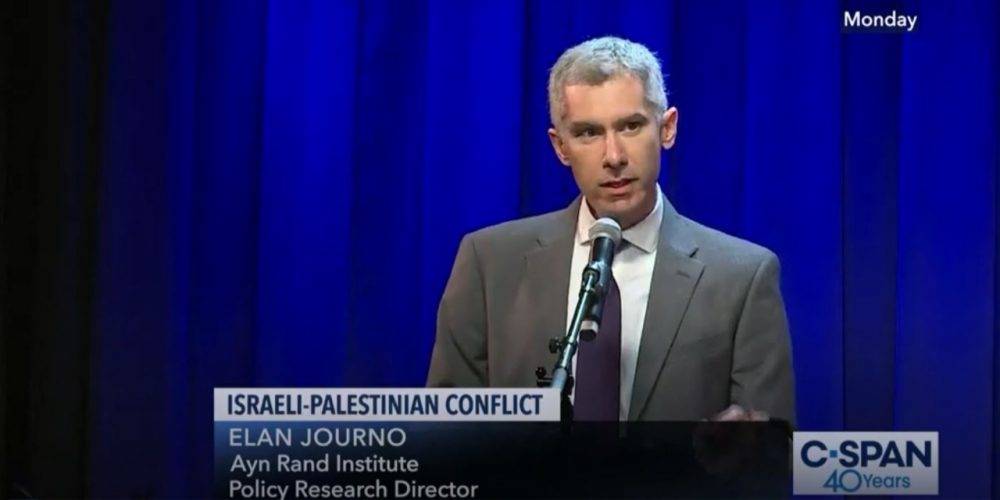 Can the Israeli-Palestinian conflict be resolved? Yes, it can, and it took me an entire book, What Justice Demands, to analyze the essential nature of the conflict and indicate a path forward. In March, I took up the challenge of debating that hugely complicated issue at the Soho Forum in New York City.

The resolution:  “To resolve the Israeli-Palestinian conflict, Israel must first achieve defeat of the Palestinian movement.” I took the affirmative position, and US Army Maj. Danny Sjursen argued for the negative.

The debate vividly brought out an important contrast between my opponent’s approach to the issue and mine. In my own remarks, I highlighted my book’s distinctive approach to the conflict: a secular, individualist moral framework. I take the principle of individual freedom as a standard for evaluating the adversaries. Central to my view is that we must evaluate the nature of the Palestinian movement. The evidence shows that this movement is hostile to freedom; its main factions strive to establish militant authoritarian and theocratic regimes. To resolve the conflict, then, we must start by taking seriously this movement’s ideological aims. My opponent, by contrast, challenged the premise that there’s any coherence to the “Palestinian movement,” denied the importance of its ideological outlook, and urged a return to solutions that have demonstrably made matters worse.

To resolve the Israeli-Palestinian conflict, we must start by taking seriously this movement’s ideological aims.
There’s a French expression — l’esprit de l’escalier (“staircase wit”) — for that situation when you think of a good reply too late to deliver it. As often happens after I give a talk, I thought of better replies, points and clarifications that I wish I had voiced during the Soho Forum event. Even so, I was pleased to have had the opportunity to present key points from my book to an attentive audience.

Thanks to C-SPAN, which filmed the debate, you can watch the whole thing by clicking on the C-SPAN image below, or listen on the audio player. If you’d like to read a detailed statement of my view, pick up a copy of What Justice Demands: America and the Israeli-Palestinian Conflict, now available in hardcover, Kindle, and audiobook. 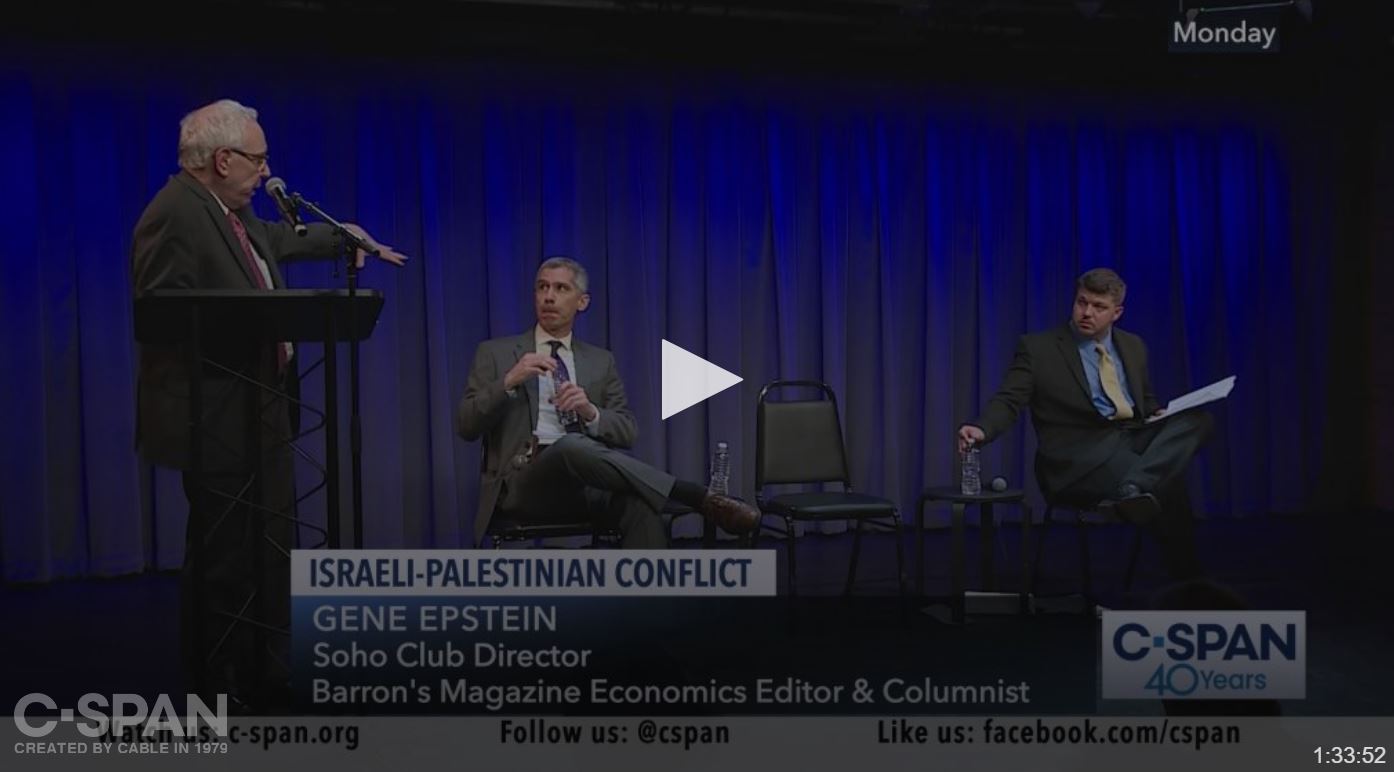 Finally, a word of thanks to Gene Epstein, the director of the Soho Forum, for inviting me; Danny Sjursen for joining the debate; and the Forum’s sponsors.