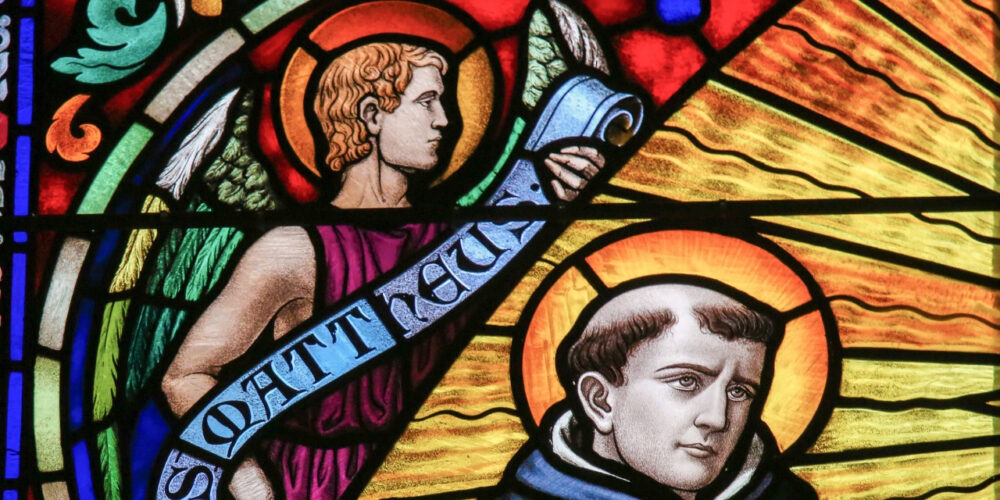 Can Thomas Aquinas reconcile reason and religion? A new ARU course explores this question in depth.

In a letter to a Catholic priest, Ayn Rand wrote that Thomas Aquinas offered “the best of all the attempts to reconcile reason and religion” but emphasized that “it is only an attempt, which cannot succeed.” She added, however, that she regarded “Aquinas as the greatest philosopher next to Aristotle, in the purely philosophical, not theological, aspects of his work.”

Why did Rand, an intransigent atheist, admire Aquinas as a philosopher? And why did she think Aquinas’s attempt to reconcile reason and religion had to fail?

In a new eight-week course from the Ayn Rand University, Dr. Robert Mayhew, philosophy professor at Seton Hall University and scholar of both ancient Greek philosophy and Objectivism, will address these questions through a critical examination of one of Aquinas’s best-known works.

As Mayhew explains, “Thomas Aquinas’s attempt to synthesize Christianity and the newly rediscovered philosophy of Aristotle, in the hopes of providing Christianity with a more secure foundation, was culturally transformative. In the words of Leonard Peikoff, he ‘turned Aristotle loose in that desert of crosses and gallows,’ and in doing so helped to bring about the Renaissance.”

But, notes Mayhew, Aquinas also “bequeathed to the West the notion that one could, without contradiction, be both pro-reason and pro-faith — that one could use one’s reason and eat it too” making Aquinas “a fascinating but mixed central figure in the history of philosophy, one worthy of careful study, which provides an excellent opportunity for what Ayn Rand called ‘philosophical detection.’”

Can reason and religion be reconciled? Is a compromise between Aristotelian philosophy and Christianity possible? What is the Objectivist critique of theism? This online course, beginning in January 2023, will explore these questions through an examination of Aquinas’s Summa contra Gentiles, which lays out Aquinas’s arguments for the existence of God, his view of the relationship between reason and faith, his analysis of the doctrine of Original Sin, the Problem of Evil, and more.

This new course is part of ARI’s ongoing expansion of ARU educational offerings. The course is also open to auditors. To register for this and other courses, visit the ARU course catalog.