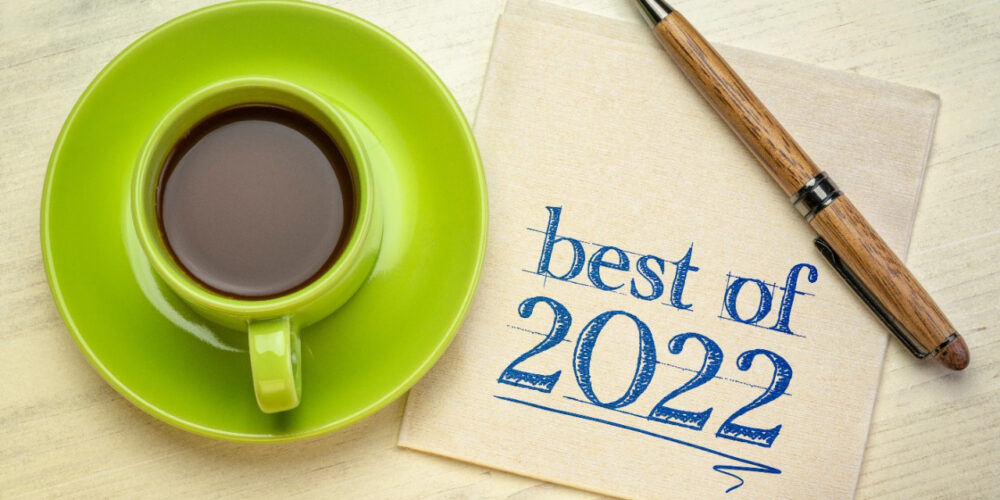 Eight of Our Best Podcasts of 2022

Some highlights from our philosophic commentary on the New Ideal Live podcast in 2022.

Each week, ARI’s experts discuss the meaning of current events and of aspects of today’s culture from the perspective of Ayn Rand’s philosophy, Objectivism, on our podcast, New Ideal Live.

In 2022, we analyzed events of national and global significance, including Russia’s invasion of Ukraine, the Supreme Court’s decision to overturn Roe v. Wade, and the protests in Russia and Iran. We also brought our perspective to major cultural issues, such as the ongoing debate over energy policy and environmentalism, the investigation of the January 6 terrorist attack, and the rise of ideas like “national conservatism” and critical race theory. We interviewed experts on such topics as COVID-19, inflation and Montessori education. And we tackled deep philosophic issues like moral perfection and free will.

I had the pleasure of writing the show notes for many of this year’s New Ideal Live episodes, and as the year comes to an end, I’d like to highlight some of the podcasts that stood out to me.

Onkar Ghate and Nikos Sotirakopoulos discuss Ayn Rand’s unique perspective on racism as “the lowest, most crudely primitive form of collectivism” and relate her view to today’s racial controversies.

Ben Bayer and Agustina Vergara Cid connect the controversy over President Biden’s off-script moral condemnation of Vladimir Putin to the wider issue of the importance of moral judgment in foreign policy — and how moral neutrality sustains evil regimes.

In this special Earth Day episode, Onkar Ghate and Keith Lockitch reveal the religious, anti-human-life philosophy at the heart of the environmentalist movement and articulate a rational, pro-human perspective on energy and the environment.

The Supreme Court Abortion Leak vs. the Rule of Law

Days after the leak of an early draft of the majority decision in Dobbs v. Jackson, Onkar Ghate and Ben Bayer examine both the contents of the draft (which closely resembled the final ruling) and the significance of its release, arguing that both represent a threat to the rule of law.

Many critics of “cancel culture,” such as John McWhorter and Bari Weiss, argue that we should refrain from judging our political opponents as evil. Ben Bayer and Onkar Ghate challenge this view and explain why objectivity sometimes requires condemning people based on the ideas they hold. They also discuss the effects of failing to grasp this issue on some who claim to promote Ayn Rand’s philosophy.

The Attacks on Hustle Culture

Elan Journo, Nikos Sotirakopoulos and Tristan de Liège analyze the ongoing debate over “hustle culture,” a term meant to describe an especially relentless pursuit of career goals, and discuss the broader issue of the proper role of work in a person’s life and in relation to his other values.

Why MacAskill Is Wrong About What We Owe the Future

Effective altruism made headlines in November after the cryptocurrency exchange FTX, whose founder has advocated this morality, went bankrupt. Weeks earlier, Ben Bayer, Mike Mazza and Don Watkins analyzed What We Owe the Future, a new book by the movement’s leading philosopher, William MacAskill. They discuss the implications of MacAskill’s idea of “longtermism,” which advocates sacrificing our interests for the sake of people in the indefinite future, and critique this idea from an egoistic perspective.

Following the American midterm elections in November, Onkar Ghate and Elan Journo discuss the philosophic reasons for the increasingly anti-intellectual nature of American politics, as well as the meaning of some of the results.