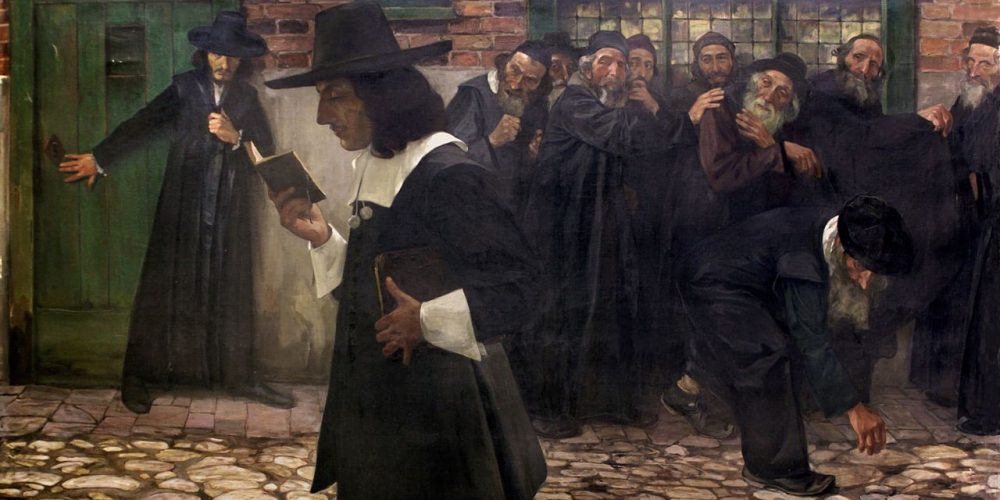 New from ARU: The Philosophy of Benedict de Spinoza

The course will provide a broad overview of Spinoza’s metaphysics, epistemology, ethics and politics.

As part of ARI’s expanded educational offerings in the 2021–2022 academic year, Ayn Rand University is offering several classes in the history of philosophy. The first focused on Francis Bacon; the second begins soon and will examine the philosophy of Dutch Enlightenment philosopher Benedict de Spinoza (1632–1677), one of the few philosophers to whom Ayn Rand paid a significant compliment.1

Leading this upcoming six-week course is ARI visiting fellow Alex Silverman, who completed his dissertation on Spinoza’s philosophy at Yale University in 2014 and has subsequently published several academic papers on Spinoza’s thought.

The first half of the course is devoted to Spinoza’s Theological-Political Treatise (1670), which deals with the nature and role of religion, and the implications for the nature and proper function of the state. The second half focuses on the Ethics (1677), which contains Spinoza’s metaphysics, epistemology, and ethics.

According to Silverman, Spinoza “made impassioned defenses of objective reality, reason, egoism, and liberty — all startlingly (and fascinatingly) mixed with their opposites.” Of particular interest to students of Objectivism will be the comparisons and contrasts between Spinoza’s philosophy and Objectivism on the primacy of existence, reason, life as the standard of value, and individual rights.

Silverman’s course on Spinoza, like the other courses in this ongoing series, is offered to second-year OAC students and advanced students as part of the relaunched Objectivist Graduate Center of Ayn Rand University. The course remains open to auditors. To register as an auditor, visit the ARU course catalog.