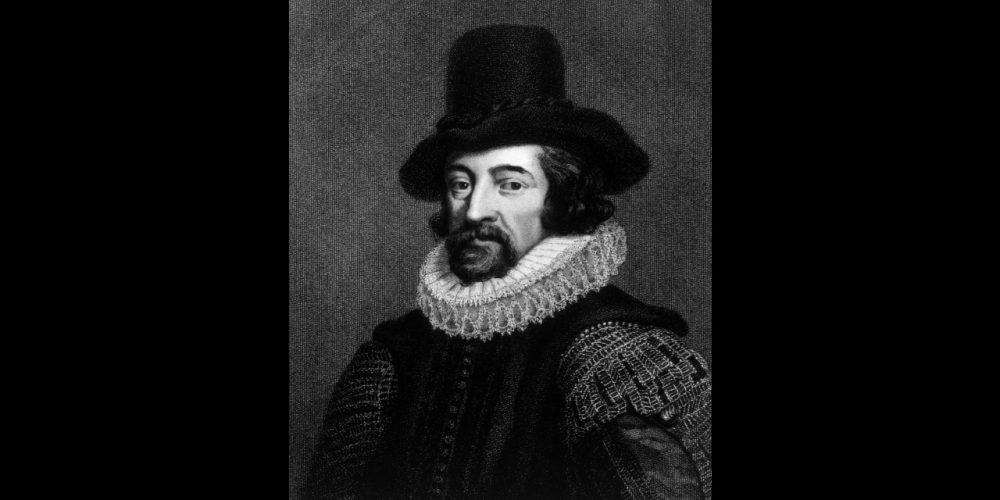 One of the few philosophers Ayn Rand quoted approvingly was Francis Bacon, a seventeenth-century English philosopher known for developing methods of scientific induction. In a discussion of man’s creative powers in “The Metaphysical Versus the Man-Made,” Rand describes Bacon’s aphorism (“Nature, to be commanded, must be obeyed”) as “the best and briefest identification of man’s power in regard to nature.”

As part of ARI’s expanded educational offerings in the 2021-2022 academic year, the Ayn Rand University is offering several classes in the history of philosophy, the first of which is on the philosophy of Francis Bacon. Guiding students through this material is Dan Schwartz, PhD, a visiting fellow at ARI. Schwartz completed his dissertation on Bacon’s philosophy at the University of California, San Diego, in 2014 and has published papers on Bacon’s thought. He also lectured on Bacon at the 2013 Objectivist Summer Conference.

The course will cover “Bacon’s epistemology and philosophy of science through a close and critical reading of his most important work, the New Organon.”  Says Schwartz: “Francis Bacon was a source of intellectual and spiritual inspiration for many of the scientists of the seventeenth and eighteenth centuries, and he can still serve as a source of inspiration for us today.” Of special interest to ARU students is Bacon’s “this-worldly approach to questions of scientific method,” an approach which is evinced by the aphorism Rand quoted. “Anyone interested in how to think about science, says Schwartz, “can learn a great deal by studying Bacon.”

Francis Bacon is being offered to second-year Objectivist Academic Center students and advanced students as part of the relaunched Objectivist Graduate Center of the Ayn Rand University. The course remains open to auditors. To register as an auditor, visit the ARU course catalog.