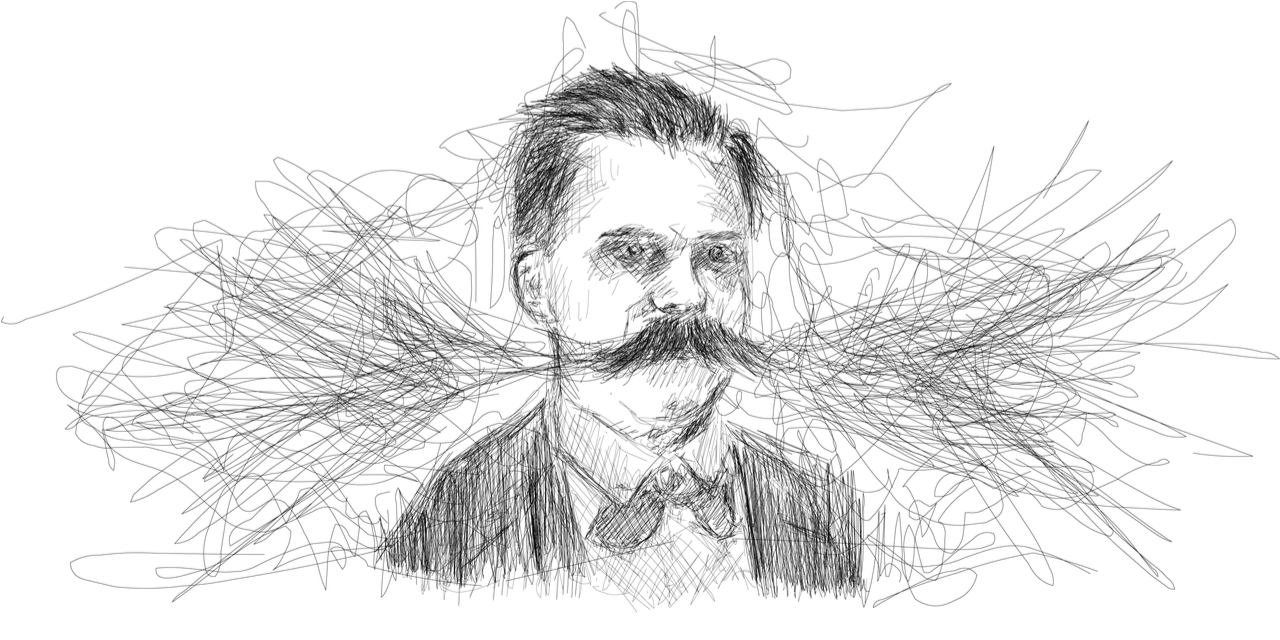 Nietzsche’s Influence on “The Fountainhead”

Question: I’ve heard that Friedrich Nietzsche influenced The Fountainhead by Ayn Rand. Is that true?

Answer: The simple answer is yes, but there is more to say on this subject, so let’s examine what some scholars have written.

Ayn Rand’s admiration for Friedrich Nietzsche (1844-1900) early in her career, coupled with her later repudiation of his philosophy, provide fascinating material for study. Although glib characterizations of Rand as a exponent of Nietzsche’s philosophy are wholly inaccurate, his influence on The Fountainhead is undeniable. The subject is complicated, observes University of Wisconsin philosophy professor Lester H. Hunt, by the fact that “Rand’s relation to Nietzsche changes considerably over the years.”1

Although Rand fundamentally opposed Nietzsche’s philosophy, she greatly valued his poetic ability to capture the inner, emotional state of a proud man. In Rand’s words, Nietzsche had “a magnificent feeling for man’s greatness, expressed in emotional, not intellectual, terms” and was able in certain passages to sum up “the emotional consequences for which The Fountainhead provides the rational, philosophical base.”2

The years Rand spent planning and writing The Fountainhead, from the early 1930s to 1943, were especially important years of change in her attitudes toward Nietzsche. We know this from a careful study of Rand’s notes and manuscripts for the novel conducted by Shoshana Milgram, associate professor of English at Virginia Tech, in an essay called “The Fountainhead from Notebook to Novel: The Composition of Ayn Rand’s First Ideal Man.”3

According to Milgram, Rand’s growing awareness of Nietzsche’s philosophic errors motivated her to identify and remove problematic material from the novel. That is why, according to Milgram, “the Nietzsche-like elements appear prominently in the notebooks, much less so in the manuscript, still less so in the final text, and hardly at all in the sections of the novel written after she signed her contract with Bobbs-Merrill.”4

As she completed and revised her novel, she not only took out the Nietzsche quotations, but also endeavored to eliminate several negative Nietzsche-like elements. Nietzsche implies that there are different moralities for the noble and the others, that the will to power is an expression of strength, that the world is a hostile place for the noble man, that spiritual nobility is innate rather than self-made, that the noble soul has no commerce with reason. All that, Ayn Rand repudiated. . . .

When she planned and began writing The Fountainhead, she included and even emphasized several Nietzschean elements: the world’s hostility to Roark, his lack of friends, the opposition between him and the world. But she ultimately changed all of that. The hostility vanished. The friends joined him, and as traders rather than serfs. No longer is any man in the street his enemy, because any man willing to use his own mind is an ally.5

In her article, Milgram supports these generalizations with numerous detailed examples from Rand’s notes and manuscripts, dealing especially with the hero’s relation to the world and to the woman he loves. For example, from a survey of the marginal notes Rand made in her copies of Nietzsche’s works, Milgram concludes that “Nietzsche does not, in any of the passages she marked, treat sexual love as an expression of love; it is entirely an expression of power.”6 However, “the novel—especially in the later chapters—emphasizes not only the union of body and spirit, but also the spiritual union of these two people, rather than his power over her.”7

Rand summarized her mature view of the German philosopher in a short essay she wrote in 1968:

Philosophically, Nietzsche is a mystic and an irrationalist. His metaphysics consists of a somewhat “Byronic” and mystically “malevolent” universe; his epistemology subordinates reason to “will,” or feeling or instinct or blood or innate virtues of character. But, as a poet, he projects at times (not consistently) a magnificent feeling for man’s greatness, expressed in emotional, not intellectual, terms.8

The stark differences between Nietzsche’s philosophy and Rand’s are further highlighted in an essay by John Ridpath, former associate professor of economics and social science at York University in Toronto. In “Nietzsche and Individualism,” Ridpath states: “A study of Nietzsche’s basic philosophy—his metaphysics and epistemology—clearly shows that there is nothing in his fundamental views that is in any way compatible with a social philosophy of individualism.”9

Individualism is the advocacy of man as an end in himself, of individual rights, of the state limited to the protection of rights. Nietzsche is putting forth the most extreme denial of individualism possible—racist, elitist tyranny—and Nietzsche does not for a moment back away from admitting this. [I]t is essential for Objectivism to be dissociated from the pseudo-individualism of Friedrich Nietzsche.”10

Scholarship makes it clear that Nietzsche inspired Rand in writing The Fountainhead; however, his formal philosophy left no mark on hers.

Ayn Rand’s first best seller, The Fountainhead, was published on May 7, 1943. To commemorate the novel’s 75th publication anniversary, we’re highlighting themes from Essays on Ayn Rand’s “The Fountainhead,” a collection edited by Seton Hall University philosophy professor Robert Mayhew.11 “There are a lot of misunderstandings and mischaracterizations in the culture concerning Ayn Rand’s The Fountainhead (and everything else she wrote), and continued perplexity in some circles regarding its unwavering popularity, especially among the young,” says Mayhew. “These essays contain answers to lots of the questions people ask—or should be asking—about this remarkable novel.”