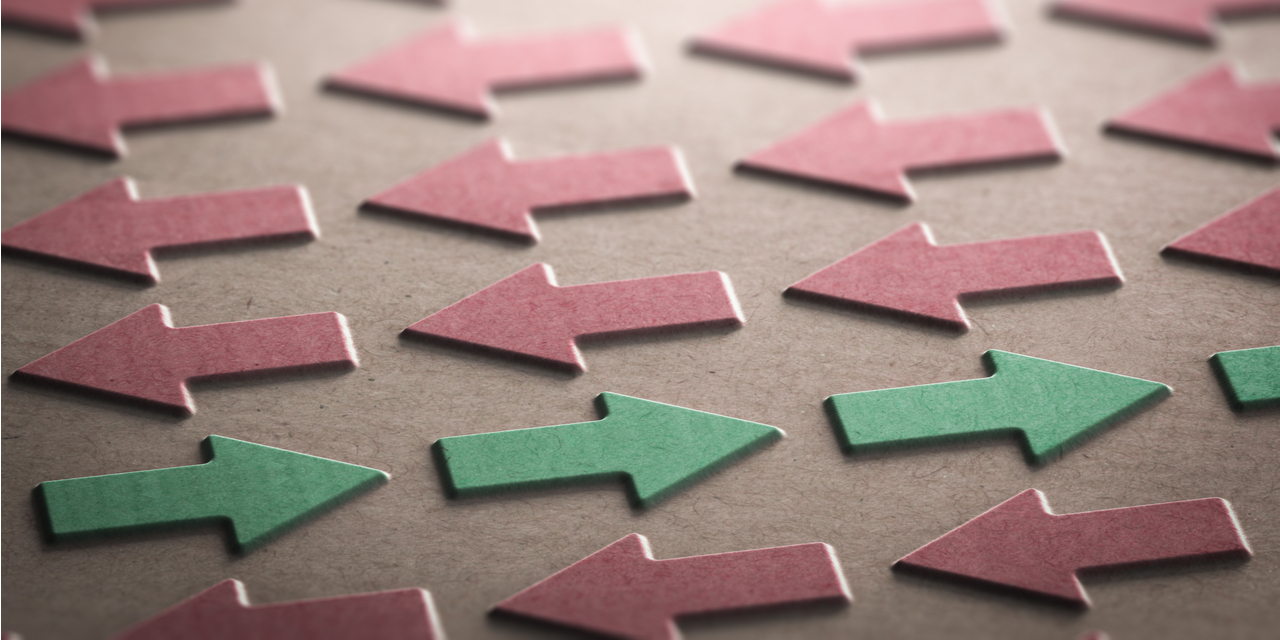 It may look at first as though Cleary is taking a different tack. She says that vilifying Rand without reading her works is “the wrong approach,” that the phenomenon of people who admire Rand needs to be taken seriously, that there is no reason to hope it will “just go away.” To top it all off: “Perhaps it’s time to admit that Rand is a philosopher — just not a very good one.”

I’d like to be able to declare victory and say these admissions represent some kind of progress. But begrudgingly admitting in 2018 that Ayn Rand is a philosopher is a bit like admitting around 1918 that Darwin was a biologist. You can honestly disagree with Rand’s philosophy, but it’s a scandal to the profession that philosophy professors don’t think of her as a philosopher. Rand wrote systematically on every major branch of philosophy, and for decades scholars have provided ample evidence establishing this fact. It’s especially a scandal for a profession that can’t even decide on how to define its own subject matter.

You can honestly disagree with Rand’s philosophy, but it’s a scandal to the profession that philosophy professors don’t think of her as a philosopher.
I’m sure that Cleary would admit that part of what it means to be a philosopher is to engage other philosophers by examining their actual ideas, not caricatures of them. Unfortunately, as my friend Greg Salmieri has shown in a post at the blog of the Ayn Rand Society (an affiliate of the American Philosophical Association), Cleary’s piece does not measure up to this standard. Even as Cleary raises some important questions about Rand’s ideas, she misrepresents them far more than one would expect of someone who had read much if any of Rand’s work with any degree of seriousness.

Since Salmieri has done yeoman’s work in cataloging various misrepresentations in Cleary’s piece, I want to focus on just one issue that comes up near the end of the piece, and which Cleary uses to account for Rand’s enduring popularity:

Rand is dangerous precisely because she appeals to the innocent and the ignorant using the trappings of philosophical argument as a rhetorical cloak under which she smuggles in her rather cruel prejudices. Her writing is persuasive to the vulnerable and the uncritical, and, apart from the overextended set-piece monologues, she tells a good story. It’s her novels that are the bestsellers, remember. Almost two-thirds of the thousands of reviewers on Amazon give Atlas Shrugged a five-star rating. People seem to be buying it for the story, and finding a convincing philosophy neatly packaged within, which they absorb almost without thinking. It’s not too much of a stretch to imagine what people find admirable in her characters: Rand’s heroes are self-interested and uncaring, but they’re also great at what they choose to do, and they stick by their principles. It’s a prime example—and warning—of fiction’s influential power.

The first thing to observe about this explanation is that it presupposes a disconnect between self-interest and sticking to one’s principles. I take it that Cleary’s point is that the integrity of Rand’s characters and not their selfishness is what attracts readers. It’s in line with conventional thinking to oppose these two factors. But a real philosopher doesn’t assume conventional concepts are sacrosanct. Rand herself sees the two factors as linked, and so, I believe, do most of the readers who find her works inspiring. No attempt to understand or engage with Rand’s ideas can proceed without trying to understand these concepts in a less conventional, more philosophical way.

When I read The Fountainhead for the first time, I was taken by the integrity of the hero, the architect Howard Roark. In one gripping scene, Roark meets with the board of directors of a bank for which he has been commissioned to design a building. Even though Roark is on the edge of poverty and this commission was his last chance to pay his bills, when he learns they want to alter his design, he refuses to accept the commission. One of the board members says: “We want your building. You need the commission. Do you have to be quite so fanatical and selfless about it?” Roark responds: “That was the most selfish thing you’ve ever seen a man do.”

Though Roark had ruthless integrity, his pursuit of his own interests was not “cruel” or “uncaring.”
Roark’s line here is not a throwaway point. Although it takes some work and philosophic sensitivity to understand it, it is consistent with a theme that is developed in some depth throughout the book. It depends on Roark’s (and Rand’s) view that the self is the thing in us that thinks, feels, judges and acts.1 A man like Peter Keating, Roark’s rival who copies other architects and compromises his own judgment to appease others, is someone who sacrifices the very core values of his self. So when Roark says he is being selfish by giving up a commission, he really means it: he defines his interests by reference to his values, and no amount of money will make up for sacrificing them. (Incidentally, the idea that one’s self-interest or well-being is defined at least in part by something like one’s values is an idea that is being taken more seriously by at least some contemporary philosophers, though Rand formulated the view many decades before it became trendy.)

And upon my first reading of The Fountainhead, I was also taken by the fact that though Roark had ruthless integrity, his pursuit of his own interests was not “cruel” or “uncaring” as Cleary suggests. Roark is dedicated to his friends, and goes to great lengths to save them from despair even when he is in dire straits himself. Because it has been explained in so many other places, I won’t go into detail to explain why Rand maintains that care for friends and loved ones—not to mention a generalized benevolence for innocent strangers—is itself a component of one’s self-interest.2 It is also not separate from her view of integrity. If one’s self-interest is defined by one’s life-serving values, and one’s values are the basis of one’s relationships with others, loyalty to one’s values means loyalty to one’s friends. Of course, it also means ruthless justice for enemies of the good, but ask yourself what motivates those who consider it heartless to refuse to pander to evil.

Rand herself thought that what explained the appeal of The Fountainhead was its portrayal of a man of integrity who holds his own life as sacred. In the introduction to the 25th anniversary edition of the book, she wrote that young people begin life with the expectation that they can achieve great things, but that they too often give up and lose their enthusiasm for life when they are told that it is impractical to live by their ideals. Through the power of fiction, the example of Roark breathes new life into old abstractions previously associated with religion—e.g., the concepts of exaltation and the sacred—showing rather than telling how a life devoted to values is essential to the pursuit of happiness.

Rand’s influence on the culture will only increase. The philosophers still left in the world should come to terms with this.
Since I was once one of those young people inspired by this book, I especially want to take issue with Cleary’s contention that Rand is “dangerous” because ignorant, innocent people are seduced by her “trappings of philosophical argument” into unthinking agreement. For my own part, I read Rand in high school after I had already read a number of other philosophers (Descartes, Locke, Rousseau, Kant, Mill, etc.). After reading A Theory of Justice, I considered myself a Rawlsian liberal. I read The Fountainhead thinking I would hate it. But it challenged me in spite of my misgivings. After reading it, I read almost every critical analysis of Rand’s philosophy I could find, and I went back and forth about it. I eventually decided her view made more sense than my earlier view (and much more sense than Rawls’s view).
READ ALSO:  Previously Unpublished Letters of Ayn Rand Now Online

I don’t claim that everyone who encounters Rand goes through the same process. But I’ve heard enough similar stories from friends to know that it is not unprecedented. It’s for this reason among others that I agree wholeheartedly with Cleary that Rand’s views are not going away. As more smart young people encounter her views, and as more of my friends and colleagues continue to produce high-quality scholarship explaining these views and defending them against critics’ distortions, Rand’s influence on the culture will only increase. The philosophers still left in the world should come to terms with this.

As Salmieri notes in his response, throughout her piece Cleary takes it for granted that Rand’s views are wrong and expects that refuting them should be straightforward. Notably, she never offers any attempted refutations of Rand’s actual positions. Perhaps she could have if the piece had been longer. But even still, what does it imply to presume that one’s audience doesn’t even need to be given an indication as to what the flaws in an entire system of philosophy might be? To me, this is not an attitude befitting a philosopher. No one has the obligation to consider every perspective in the panoply of thought. But if one is going to engage with a perspective, and especially if one commits one’s views to print, one should seek the evidence of what motivates people to adopt the perspective. Are their stated reasons simply confusions, or do they give intellectual arguments? I did this when I encountered Rand’s views for the first time, even though they went against my own perspective and the trendy views of my friends. One would expect philosophy professors to do the same.