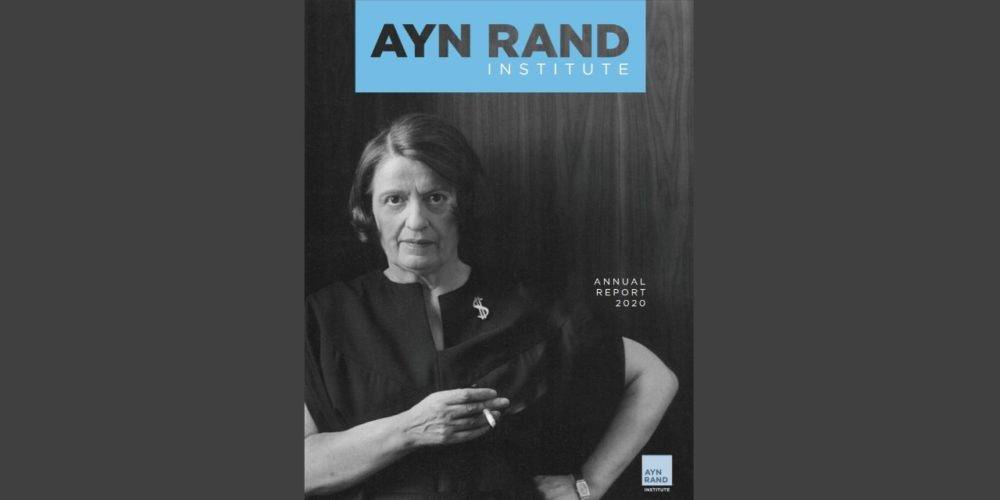 ARI is generating “permanent fuel” for the advancement of Objectivism.

The 2020 annual report of the Ayn Rand Institute includes this report by Onkar Ghate on the progress we have made in generating books and supporting scholars capable of advancing Objectivism. You can read the entire annual report here.

In last year’s annual report, I wrote about ARI’s commitment to the “long game” of cultural change. As the Center for the Advancement of Objectivism, our mission is to take the philosophical system created by Rand and help foster a growing number of thinkers who will carry her new ideas into the schools, universities and wider culture, and to the next generation of students, teachers, scientists, businessmen, lawyers, policy makers, commentators and artists.

From an historical perspective, we’re still at the early stages of this quest, but we’re making progress. This year, I’m going to highlight one vital aspect of our progress.

Rand said that books, essays and articles are the “permanent fuel” of an intellectual movement. Since I joined ARI in 2000, we’ve placed emphasis on generating an increasing amount of such output.

One consequence of this upsurge in “permanent fuel” is that ARI will be helping more and more knowledgeable Objectivists penetrate the intellectual fields and the professions.
By contributing both financial grants and philosophic articles, ARI has helped scholars create a growing number of collections focused on Rand’s ideas. In addition to the essay collections edited by Robert Mayhew covering all four of Rand’s novels, we’ve contributed to A Companion to Ayn Rand, edited by Allan Gotthelf and Gregory Salmieri; A New Textbook of Americanism: The Politics of Ayn Rand, edited by Jonathan Hoenig; and the ongoing series of volumes by the Ayn Rand Society, the most recent of which is Foundations of a Free Society: Reflections on Ayn Rand’s Political Philosophy, edited by Gregory Salmieri and Robert Mayhew.

We’ve also helped convert several of Leonard Peikoff’s lecture courses into book form, including Understanding Objectivism and Discovering Great Plays: As Literature and as Philosophy. (For more on these, see pages 42–44 [of the 2020 annual report].)

And we’ve published our own books and collections of essays, from Free Market Revolution: How Ayn Rand’s Ideas Can End Big Government and Equal Is Unfair: America’s Misguided Fight Against Income Inequality, both by Yaron Brook and Don Watkins, to Defending Free Speech, edited by Steve Simpson, to What Justice Demands: America and the Israeli-Palestinian Conflict by Elan Journo.

Members of our board of directors have also been prolific. Recent publications include How We Know: Epistemology on an Objectivist Foundation by Harry Binswanger and Judicial Review in an Objective Legal System by Tara Smith.

One consequence of this upsurge in “permanent fuel” is that ARI will be helping more and more knowledgeable Objectivists penetrate the intellectual fields and the professions. In that connection, I am especially pleased that Gregory Salmieri has joined the Salem Center for Policy at the University of Texas at Austin as director of the new Program for Objectivity in Thought, Action, and Enterprise and holder of the Brigham Fellowship for the Study of Objectivism. Dr. Salmieri, who received his PhD in philosophy from the University of Pittsburgh in 2008, is a valued trainer for ARI, especially in the OAC, and participates in many of our podcasts and events. Don’t miss our interview with him on pages 31–37 [of the 2020 annual report].

None of this activity would have been possible without the support of our contributors. I know that the individuals I mentioned above join me in offering you, the supporters of ARI, a heartfelt thank you! Together, we’re building the road to a more prosperous future.