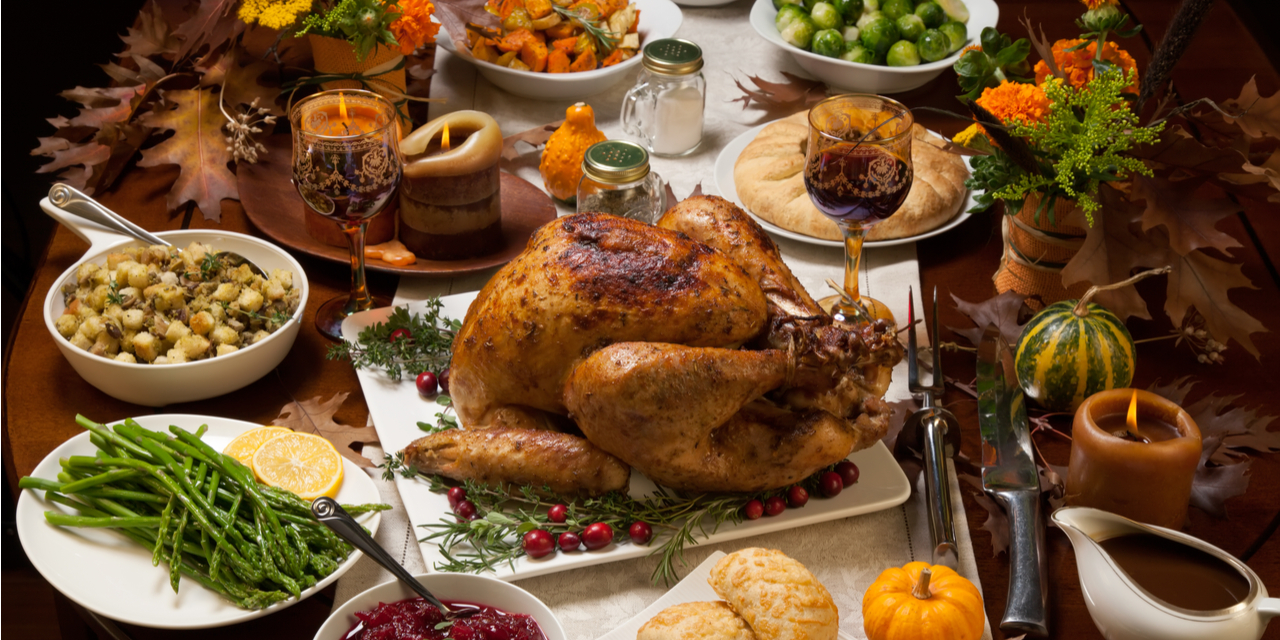 In Ayn Rand’s novel Atlas Shrugged, there’s an unforgettable Thanksgiving scene at the mansion of Hank Rearden. Rearden is a self-made millionaire industrialist whose achievements include the invention — after ten years of unrelenting effort — of a revolutionary new metal, stronger, cheaper and more durable than steel. Seated at the Thanksgiving dinner table, in addition to Rearden, are his mother, his wife Lillian, and his brother Philip, all of whom are wholly dependent on Rearden and his wealth.

Here’s is Rand’s description of the setting:

The roast turkey had cost $30. The champagne had cost $25. The lace tablecloth, a cobweb of grapes and vine leaves iridescent in the candlelight, had cost $2,000. The dinner service, with an artist’s design burned in blue and gold into a translucent white china, had cost $2,500. The silverware, which bore the initials LR in Empire wreaths of laurels, had cost $3,000. But it was held to be unspiritual to think of money and of what that money represented.

A peasant’s wooden shoe, gilded, stood in the center of the table, filled with marigolds, grapes and carrots. The candles were stuck into pumpkins that were cut as open-mouthed faces drooling raisins, nuts and candy upon the tablecloth.

In keeping with Thanksgiving tradition, Rearden’s family gives thanks for the bounty before them:

The only person no one thanks is the one person who made all of it possible. It was Rearden’s productive effort that paid for their home and the lavish spread. It is his money, earned through honest production and trade, that not merely keeps them all from starving, but affords them luxuries of which no panhandler would even dream. It is his mind, his drive, the countless hours of his life dedicated to his work — on which all of their lives depend — that go unrewarded and unacknowledged.

If Thanksgiving is truly a day to give thanks for the values we possess, then let’s give thanks to those who are too often forgotten or denounced. I’m talking about the businessmen, the industrialists, the engineers — the creators in every field and profession whose thought, innovation, and work produces the abundance that’s so crucial to improving our lives. It is these producers we should recognize and celebrate. Thanksgiving is the perfect holiday to do that.