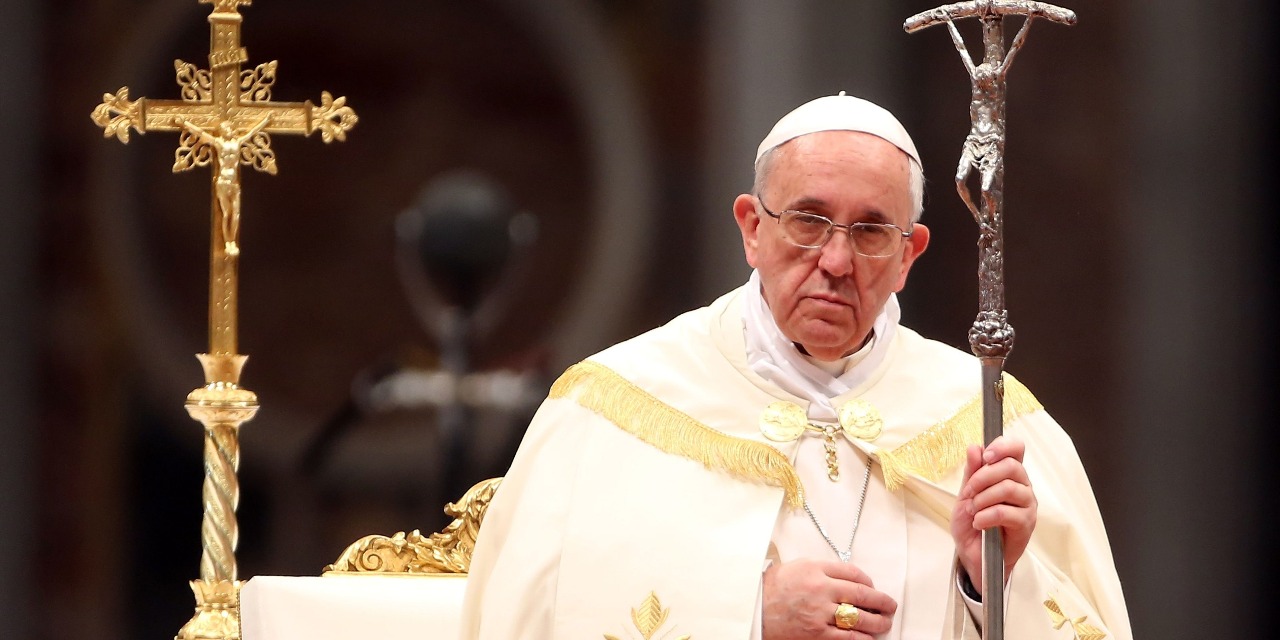 The Destructive Illusion of Moral Authority

Two stories about the Roman Catholic Church have saturated the headlines for much of the summer of 2018. One concerns developments in the sex abuse crisis that has scandalized the Church for almost 20 years: these include revelations of cover-ups in Chile, Australia, and, most recently, Pennsylvania in the United States. The other story concerns Pope Francis’s recent decision to revise the Catholic catechism’s position on the death penalty: previously the Church merely discouraged the death penalty, but the new teaching now condemns it without exception. If you don’t stop to consider it, you might not see how these stories are related.

Some commentators, especially conservative critics of the Church’s opposition to the death penalty, have suggested that the revision to the catechism was intended to distract the public’s attention from the intensifying sex abuse scandal. However, I think that if there is a hidden agenda, it’s more likely that it encourages a kind of reflection about the predators. After all, if we are encouraged to show mercy to murderers, then it follows that we should do so to priests who rape children. Ed Mechmann from the Archdiocese of New York, considering his time as a prosecutor dealing with child rapists and murderers, has suggested that the new Catholic position is meant to “teach us a hard lesson in mercy.” After all, he reminds us, “even evil people are made in the image and likeness of God and … they don’t lose their inherent dignity because they have turned away from God and His law.”

Although the Church has given many people reason to question its motives, I think it is likely serious rather than merely opportunistic in its opposition to the death penalty. The revision is not far from the earlier version of the catechism, which echoed Pope John Paul II’s 1995 encyclical Evangelium Vitae in its contention that the death penalty is justifiable only as a last recourse in the rare cases in which it is necessary to defend “the common good.” Francis now maintains that the development of a more effective penal system makes any such recourse unnecessary.

Whether the death penalty is justifiable is a serious question, and there are compelling, rational considerations on both sides of the debate. On one hand, it is argued that people who have committed as vicious and ghastly a crime as murder don’t deserve life in prison; they deserve something much worse. On the other hand, in the last few decades, we have learned a great deal about how many people have been executed for crimes they did not commit. Consequently, a genuine concern for justice demands careful scrutiny not only of the objectivity of the legal system, but also of the arguments advanced for and against giving it the power of life and death.

Does the Church’s new position try to grapple rationally with these competing considerations? No. In every crucial respect, it proceeds by appeals to authority. It invokes John Paul II’s claim, “Not even a murderer loses his personal dignity, and God himself pledges to guarantee this.” In its defense of the notion that the death penalty is not necessary to protect public order, it cites not some criminological study, but John Paul II’s restatement of the claim in his encyclical. It doubles down on John Paul II’s claim about dignity with its own, asserting that the criminal has “a dignity that is not lost even after having committed the most serious crimes.” It does not explain what this dignity is, why the criminal is thought to have it, or by what means the Church has acquired a “clearer awareness” of it. It asserts that its doctrine of mercy is supported by “the Gospel,” without indicating any passages in scripture or why such passages should be taken as reliable indicators of the truth. Tellingly, the letter explaining the new position was released by the subdivision of the Church called “the Congregation for the Doctrine of the Faith”—an office that was once known as the Inquisition.

The Church’s position is grounded thoroughly on faith, not rational argument. The only argument to be found is concerned to show that the new position does not contradict the Church’s older doctrine. Ed Mechmann argues that the Church has always maintained that capital punishment is permissible under certain circumstances, and has only changed its assessment of current circumstances. Conservative critics have reacted by arguing that the penal system cannot have changed so much: it can’t be, they say, that jails were ineffective at holding criminals in the past but now are suddenly sufficient to defend society from all criminal aggression. And this is a valid point: it illustrates that the Church doesn’t really care whether current circumstances differ from those in the past; it is simply looking for a way to rationalize its changing position.

The Church’s position is grounded thoroughly on faith, not rational argument. The only argument to be found is concerned to show that the new position does not contradict the Church’s older doctrine.
But do these conservative critics themselves care about what is true? Interestingly, those I have cited do not actually argue that capital punishment is necessary in our current society to protect against criminal aggression. Instead, they suggest that this doesn’t matter, that criminals justly deserve retribution and that taxpayers shouldn’t have to pay to keep them in jail. But in saying this, are they not challenging the only standard of justice that has been advanced in the debate: the inviolable dignity God is said to have assigned to each person, even criminals? This is a question they dare not face.
READ ALSO:  Ayn Rand on the Necessity of Moral Judgment

Instead, many conservatives object to the fact that the Church has changed its doctrine at all. Michael Brendan Dougherty worries that its shifting position works to “eat away at the Church’s claim to be an institution trustworthy to teach authoritatively on faith and morals.” Liam Warner, meanwhile, laments the implication that the Church has erred in the past, especially in edicts justifying the death penalty that were issued under the mantle of papal infallibility. But if these critics think it is so dangerous to imply that the Church may have been wrong in the past, why do they have no trouble urging that it is wrong today? How are they more sure of its infallibility then than now? And if they think it is wrong in principle today, why don’t they openly challenge the only principle invoked in defense of the current position?

The point of these questions is underscored by some remarks made without obvious irony by the same commentators. Dougherty remarks that the latest revision has been delivered by “papal fiat” as “a simple thunderbolt from Rome … without consultation or collegial input. Funny how that works.” Funny indeed. Are we to understand that there is something wrong with the idea that knowledge can be obtained by thunderbolts? Dougherty is skeptical that a single individual can claim to know through thunderbolts, but he seems to think they are fine when interpreted by committee. As hard as it is to take this attitude seriously, it’s even harder when it comes from religious conservatives. In their opposition to abortion—another position justified by the inherent dignity of (embryonic) life—they happily welcomed Pope Paul VI’s encyclical Humanae Vitae, which condemned abortion and birth control—even though Paul VI adopted many of its provisions in defiance of the recommendation of a commission set up by Pope John XXIII. And anyway, almost any religious text is authored by a single individual claiming to bear witness to a thunderbolt from God. Why is it more shocking to think that Church doctrine today advances by the same means?

Religious morality has long been portrayed as a source of timeless, universal, objective moral principles. Indeed it is often claimed that only the embrace of theistic belief can provide the stable foundations necessary for a durable moral order. Recently, Dennis Prager (who is outraged by the new Catholic position on the death penalty) popularized a version of this argument in a viral video, claiming that without a God to tell us that murder is wrong, the evil of murder is just a matter of subjective opinion.

But the debate about the death penalty, with its competing claims to revelation, demonstrates that this is far from true. Whether we decide that “thou shalt not kill” or “an eye for an eye” is the more relevant revelation depends on subjective assessments that these claims are valid sources of knowledge. If we really care about the truth, we should look to found our ethics on coherent moral reasoning and the available observable facts. We won’t find moral objectivity in ever-shifting claims about divine revelations. We’ll find it by doing the hard work of answering the questions others shy away from—What is dignity? Why do we need it? How do we know if others have it? And why should we care if they do?

The Church should never have been granted any special moral authority in the first place, since its reasoning rests on thunderbolts of revelation that the rest of us have no reason to recognize.
This brings us back to the ongoing furor over the sex abuse scandal. One perceptive conservative commentator, Jim Geraghty, laments the ongoing scandal and claims that the Church has finally “[driven] the nail into its own moral authority.” He closes with the following remark:
READ ALSO:  Rand on Happiness: Filling Your Life with Meaning, Art, Love

The Catholic Church in the United States is about to learn an extremely hard lesson on squandering moral authority. This is not a gray area or a hard call. This is sexual abuse of children. If the Church can’t be trusted to do the right thing in those circumstances, why should anyone trust their judgment in other circumstances?

We now know that, for years, journalists and prosecutors hesitated to investigate lurid but plausible allegations of rape and abuse, deterred by the perception of moral authority the Church enjoyed. Unquestioning parents delivered innocent children into the hands of an institution that used this perception as a cloak and a shield.  When we assume that the Church possesses some kind of moral insight and authority, as we do when we take seriously its shifting dogma about the death penalty and other complex ethical issues, we only encourage the same, unquestioning attitude. But the Church should never have been granted any special moral authority in the first place, since its reasoning rests on thunderbolts of revelation, and appeals to divinely-inspired wisdom that the rest of us have no reason to recognize.

This article was originally published in Quillette.