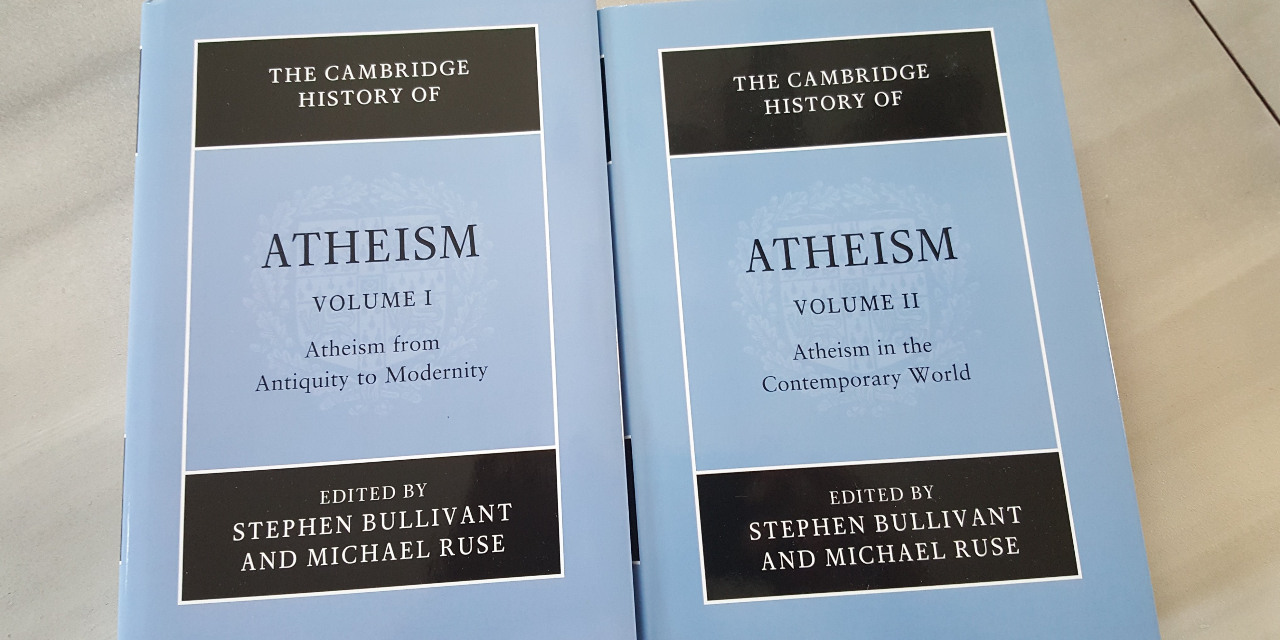 Why did Ayn Rand call herself an intransigent, though not a militant, atheist? Rand scholar James G. Lennox answers in his new article, now available in the Cambridge History of Atheism.

These questions and other topics are the subject of a new scholarly article on Ayn Rand in the recently published Cambridge History of Atheism, an extensive, two-volume resource for students and scholars. The volumes cover atheism as far back as 1500 BC (in ancient India) up to the present-day New Atheist movement in America and the emerging atheism in the Islamic world.

The editors invited Rand scholar James G. Lennox to author the chapter “Ayn Rand and Objectivism.” Lennox is professor emeritus in the Department of History and Philosophy of Science at the University of Pittsburgh and a highly regarded scholar of Aristotle and the history of biology. Lennox is perhaps best known to this audience as the cochair of the Ayn Rand Society and coeditor of the Ayn Rand Society Philosophical Studies series of books. He is the author of “‘Who Sets the Tone for a Culture?’: Ayn Rand’s Approach to the History of Philosophy” in A Companion to Ayn Rand, edited by Allan Gotthelf and Gregory Salmieri.

The chapter’s next section goes to the deepest root of Rand’s atheism: Rand’s objections to the very concept of God. The concept of God — an omnipotent, unlimited, and omnipresent being — is by its nature rationally incomprehensible. Those three properties, Rand maintains, are metaphysical impossibilities and, therefore, undefinable. “It is as if the terms used to define God had been chosen precisely in order that the only way one could believe in such an entity would be on faith,” Lennox explains. Since, Rand argues, the concept of God is based on no actual or even possible experience, it is rationally unusable, that is, “invalid.”

Lennox argues that the moral and the metaphysical-epistemological arguments against God have in common that they are a consequence of Rand’s unique view of reason. Reason, for Rand, is a worldly faculty. Its purpose is to comprehend the world so that we can act successfully in it. Faith in God undermines the faculty and its functioning. Lennox’s elaboration offers original insight into the relation of those arguments to Rand’s view of reason. Both veteran and novice Rand fans will find great value in Lennox’s article.

Other topics covered in Lennox’s article are:

The chapter joins the growing body of high-quality scholarship on Ayn Rand, highlighted in previous posts on New Ideal.