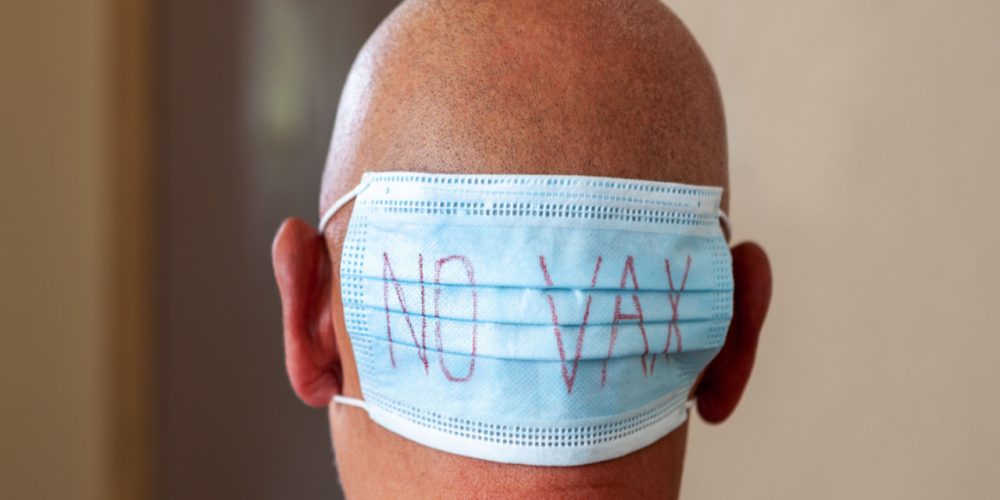 Many Vaccine Refusers Don’t Care about Their Self-Interest

A real concern for self-interest includes concern for one’s health, relationships, and the truth.

During the last Covid surge, some proponents of vaccines didn’t restrict themselves to commenting on the science. They also challenged the moral character of those who resisted vaccination. In controversies about unvaccinated celebrities like Aaron Rodgers, Novak Djokovic, and Sarah Palin, the common criticism was that they and other vaccine refusers were “selfish.”

There are good reasons to criticize many who resist the importance of choosing to get vaccinated. But their real problem isn’t being too concerned with self-interest: in more ways than many appreciate, it’s that they don’t care enough.

I’m vaccinated and boosted, and was first in line to get the shots when they were available for adults. My look at the data makes me think most people should join me. While some people have good medical reasons not to get vaccinated, others are disproportionately worried about rare side effects. Of these, far too many are irrationally allowing themselves to be taken in by quackery and conspiracism.

But if there really is substantial evidence that the vaccines work to prevent serious illness and the risk of side-effects is marginal, wouldn’t getting vaccinated be very much in most individuals’ self-interest?

Vaccine refusers are supposedly too self-interested because of their apparent callous indifference to the possibility of infecting others. Maybe some of them simply are jerks. (I’ll leave it to you to decide whether or not this includes Rodgers, Djokovic, or Palin). But, to ask a provocative question, why suppose that jerks actually care about their own well-being?

The pandemic should have made abundantly clear how our own well-being depends on that of others. Isn’t it obvious that love and friendship are central to one’s happiness? Yet the people one is most likely to infect are typically those who are closest. Someone who doesn’t care about getting friends or loved ones sick doesn’t care about others’ happiness or about his own. Even strangers affect our well-being: when they get sick, they’re not available to serve our food at restaurants, manufacture our microchips, or staff our hospitals.

It’s actually pretty dubious that many vaccine refusers think that Covid is dangerous but simply don’t care enough to protect their or their loved ones’ health against it. Many don’t want to get vaccinated because they really believe that Covid is not a serious threat compared to the risks of the vaccine in the first place. This is actually the deepest root of the moral problem.

Because of their beliefs, vaccine refusers don’t see that they’re recklessly letting their guard down against a serious threat. Because of their belief, they even mount crusades to convince others to join them. You can’t understand the full extent of their moral flaw unless you understand the moral flaw of beliefs formed in defiance of the evidence to rationalize such behavior.

Belief in one’s cause doesn’t always make one sincere or well-meaning. Someone who believes through sloppiness with the evidence or by outright evasion of it doesn’t care about the truth. (Think of how some dream up baseless “conspiracy theories” to explain the evidence away.) And those who marshal their cognitive resources to rationalize irresponsible behavior, to convince themselves that what’s wrong is actually right, are far more dangerous than those too passive to act on what they know is right.

READ ALSO:  Is Everyone Morally Gray?

Those who do recklessly endanger both others and themselves out of callous indifference to the truth really do have a serious moral flaw. That’s true whether their disregard manifests by infecting others with a deadly disease, or by inflicting economic destruction by some government policy. If it’s not obvious how such a moral flaw results from a concern for self-interest, maybe it’s time to rethink the equation of self-interest with immorality.