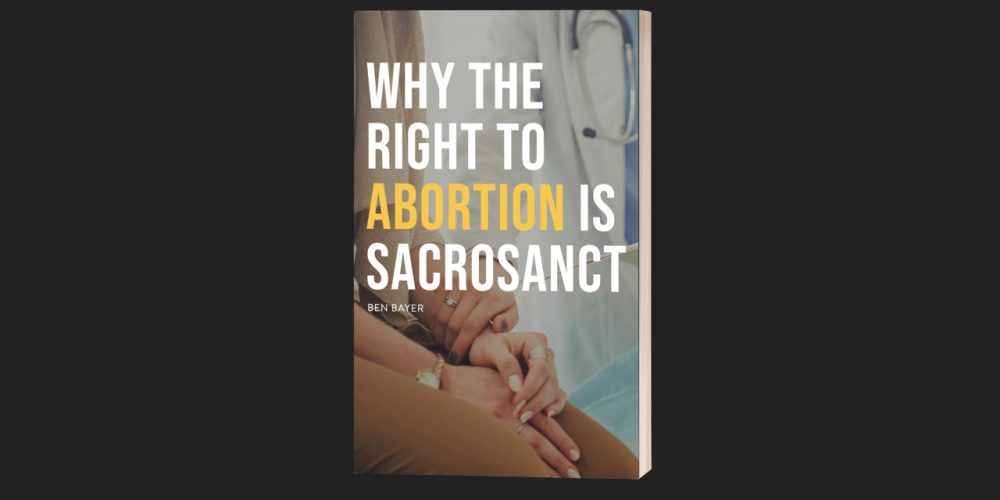 Where did defenders of Roe v. Wade go wrong? Why did they lose the moral high ground? What does it take to defend abortion rights in the United States?

To defend abortion as an inviolable right, it has to be understood as a claim of uncompromising justice.

That’s the case my colleague Ben Bayer lays out in a series of hard-hitting New Ideal articles, newly collected in a short book: Why the Right to Abortion Is Sacrosanct. This broadside lays out a principled defense of abortion rights based on Ayn Rand’s secular, rational philosophy.

This broadside could not be more timely. A draft majority decision of the U.S. Supreme Court, leaked on May 2, would overturn Roe v. Wade. Several states have already enacted “trigger” laws that will ban abortion outright as soon as Roe is reversed.

The reasoning in this short book can change minds. Bayer takes on key issues in the debate, including the alleged rights of a fetus; the issue of drawing a line at viability; and scientific claims raised by opponents of abortion rights. The final essay, “Ayn Rand’s Radical Case for Abortion Rights,” underscores how Rand’s principled position (in Bayer’s words) “is not only fundamentally at odds with religious conservatives, but also radically different from what most Democrats and sundry ‘liberals’ offer to this day.”

If you wish to safeguard a woman’s right to her own life, her own body and her sovereign judgment about her pursuit of happiness, I invite you to help us spread the word. Share this book with those who are open to reason. It’s available through Amazon in Kindle and paperback formats.

Ethics for a Human Way of Life: Foot’s Natural Goodness