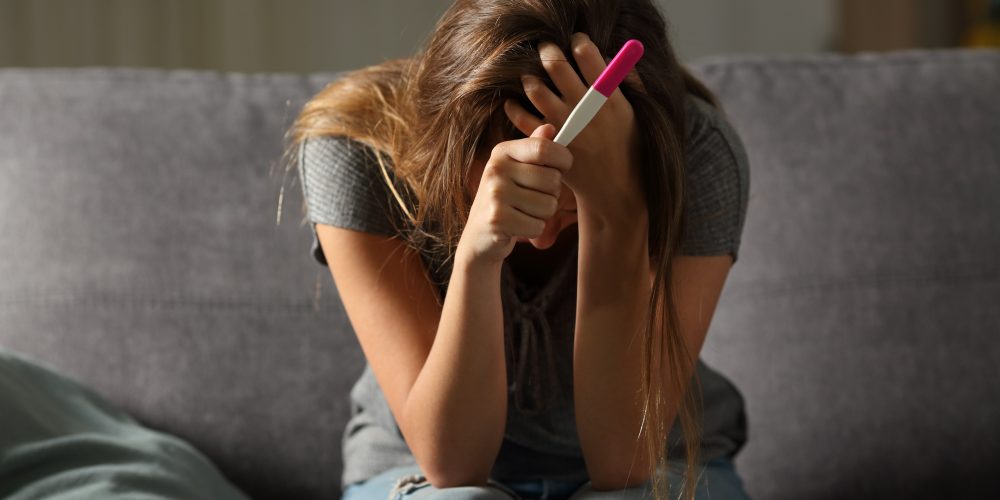 The Pursuit of Happiness Includes the Right to Abortion

The right of a woman to live her life on her own terms will be in peril if Roe is overturned.

On May 2 of this year, a friend texted me about Justice Alito’s leaked draft that could overturn Roe v. Wade. My first reaction was utter disbelief: I never thought I’d see the day when America might stop protecting the right to abortion at the federal level — leaving it to the states to decide the fate of hundreds of thousands of women who seek abortions every year. It felt dystopian to me.

Over the next few days, I kept recalling the stories I experienced in my home country of Argentina, where elective abortion was illegal until very recently. While I never had to face the decision to have an abortion, a few women close to me did, and I remember their plight vividly. One faced the prospect of being tied to an abusive partner for life. Another would’ve been a teenage mom. Another would’ve been a single mom giving birth to the child of her abuser.

Abortion was an extremely difficult choice for them, made indescribably terrifying because of its illegality. The fortunate ones, facing the risk of criminal prosecution, could at least afford the exorbitant cost of a secretive-but-safe, medical abortion. Those without such means, risked their very lives in dangerous “back-alley” procedures. Making abortion illegal doesn’t stop abortion. It stops safe, affordable abortion — and turns women and doctors into criminals forced to jeopardize their freedom, their health, even their lives.

For these women I knew, seeking an abortion was the only way to keep living their lives on their own terms. Raising a child is a lifelong commitment that should never be taken lightly, nor unwillingly. They each had their own ambitions and aspirations, their own plans for their lives that they were eagerly pursuing — and those plans did not include having a child at that time.

Even when adoption is a possibility, it doesn’t change the fact that to ban abortion is to force a woman by law to go through the immense emotional, physical, and spiritual toll of pregnancy and childbirth against her will. What about her right to control the functions of her own body, to her independent judgment, to her life, liberty, and pursuit of happiness?

For the women I knew back home, abortion was an emotionally, physically, and financially draining decision — but it allowed them to move forward with their lives and to achieve the happiness and fulfillment they enjoy today. One of them eventually had two children that she adores. She chose to have them with the right partner, at the right age, in the right circumstances — on her own terms as the sole person in control of her life.

The right to the pursuit of happiness is not a founding principle where I’m from. If I were to ask a fellow Argentinian about it, they likely wouldn’t even know what I was talking about. Part of the reason I dreamed of moving to America was to experience its unprecedented freedom, progress, and opportunity. I’ve since learned that what makes those possible is the individual rights first enunciated in the Declaration of Independence, and protected here to a degree almost impossible to find in Latin America, or anywhere else.

READ ALSO:  The Pure Hatred of the New Antitrust

The right to the pursuit of happiness has a profound meaning: it is the principle that your life is yours to live. It’s the right to make your own choices, to act based on your judgment, to work to achieve your values and your happiness. It means the freedom to live life on your own terms, as an independent individual, respecting the same right in others.

Some will ask: “What about the fetus’s right to life and the pursuit of its own happiness?” A fetus is not an independently existing, physically self-sufficient being that can have rights. It’s only a potential, not an actual human being with moral values or happiness to pursue. As Ayn Rand argued: “Abortion is a moral right — which should be left to the sole discretion of the woman involved; morally, nothing other than her wish in the matter is to be considered. Who can conceivably have the right to dictate to her what disposition she is to make of the functions of her own body?”1 For a detailed discussion of the argument for abortion rights, read Ben Bayer’s short book Why the Right to Abortion Is Sacrosanct.

America has always been a beacon of freedom to me. I admire this country’s principles deeply and I am proud of my decision to move here. But I am shocked that in our conversation about abortion, we hear so little about a woman’s right to her own life. To me, this is Americans being un-American. It’s scary and extremely disappointing to think that if Roe is overturned, and if I were ever to accidentally and unintentionally become pregnant, my right to the pursuit of my happiness could by violated in the very country where the pursuit of happiness is a founding principle.

I think about all the women in America who will be in the same position as those women I knew in Argentina, so fiercely trying to hold on to their values but threatened by a state that is poised to violate their right to their happiness. Many women will overcome this immense hurdle by seeking abortions in states where abortion remains legal, but so many others won’t or will face extreme hardship in doing so. My heart aches for them.

The right to abortion means that each individual woman has a right to her own life. Isn’t that what America is all about? If Roe is overturned, America will become much less American.