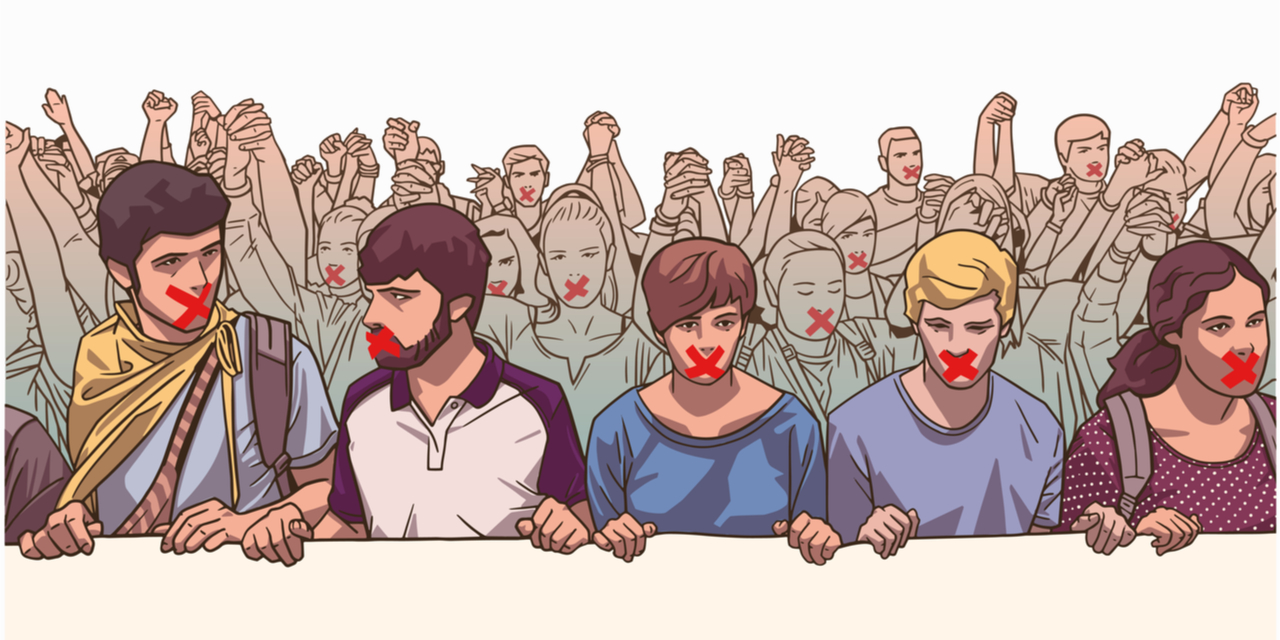 I’ve spent the better part of the last two decades defending the right to free speech, first as a constitutional lawyer and now as a speaker and writer at the Ayn Rand Institute. I’m convinced that freedom of speech is under attack in America, but the primary threat is not “snowflakes” or even violent students on campus.

The primary threat to free speech is that too few people understand the right—including many who want to defend it.

The most common argument for protecting the right to free speech is that it’s necessary for self-government. If people aren’t informed, the argument goes, they cannot make the decisions necessary to maintain a free society.

It’s true that to govern ourselves, we must be informed. But the argument based on self-government has a fatal flaw. If free speech is only a means to self-government, then shouldn’t we censor ideas that threaten it?

That’s the argument for clamping down on social media. “Fake news” is everywhere, we hear. Social media threatens “democracy” by “sowing discord and division.” Whatever you think of this view, there’s no shortage of bad ideas that would destroy freedom if they caught on. Racism and communism come to mind. There are many others. Should government censor them all?

No, but the main reason is not that free speech enables self-government.

Free speech isn’t just a means to some broader social end. It’s an individual right. It’s essential, because to live and thrive we must acquire knowledge and make choices. To do that, we have to be free to think—to grapple with facts, follow our judgment, and draw our own conclusions.

Just as importantly, we must be free to speak to others—to learn, to teach, and to communicate information. Freedom of speech and freedom of thought go together.

Censorship is an effort to control both. If we control speech, people think, we can control the spread of bad ideas. But it can’t work. It’s destructive and immoral.

You can’t force people to adopt even true ideas. A gun won’t introduce the right answers into your head during a math test. Even after being forced to recant his claim that the earth revolved around the sun, Galileo famously said, “And yet, it moves.” He knew the truth.

Yes, people can and do adopt horrible ideas. But in order to be able to champion better ideas, we must protect the freedom to think and to speak. Trying to force people to accept your ideas only spurs resistance among some; mental passivity among others. Either way, the result is not a free society.

We shouldn’t try to force people to accept the truth. But does this mean we ought to “tolerate” all ideas? Absolutely not.

Consider the response one often hears when someone tells minority students to “tolerate” white supremacists. “Really? I should just sit and listen to the guy who thinks I have no right to exist?”

They’re right. Some ideas are wrong and immoral. It’s just not true that we ought to engage with or listen to every crackpot who holds them.

That doesn’t mean we should physically attack those with whom we disagree. And government must remain neutral in the battle of ideas. But the rest of us don’t have to. There’s a third option between tolerating all ideas and attacking, shouting down, or jailing speakers you don’t like.

Think. Judge. Be discriminating about ideas. Speak out. And, importantly: refuse to support evil ideas and those who advocate them.

There is much wrong with the “de-platforming movement,” but it’s not wrong in principle to refuse a platform to evil ideas. Free speech does not imply the obligation to provide others with a forum or an audience. It only means we have to leave them free to speak.

Of course, you have to own the platform in order to deny it to others. And people will differ about which ideas are good and bad. One reason freedom is essential is that it allows people to disagree and go their separate ways.

But if we take ideas seriously, we must be prepared to judge them as good or bad and act accordingly. That has to include refusing to support ideas with which we disagree.

3. Sticks and stones may break my bones, but names can never hurt me.

Your mom was correct. Names can’t actually hurt you. Nor can ideas.

But it’s a mistake to accept this as the main reason to protect free speech. It implies that ideas and words are powerless and only actions have influence. But this isn’t true. Ideas motivate actions. The best events in history—and the worst—were all products of ideas. The American Founding, the scientific and Industrial Revolutions, the abolition of slavery—all followed from certain ideas. The same is true for communism, fascism, slavery and many other horrifying episodes in history.

When we rely only on the argument that words can’t hurt us, we put ourselves in a bind. On the one hand, speech is important, so it must remain free. On the other, speech has no impact on the world, so why bother protecting it?

The truth is that speech and the ideas it conveys are supremely important, but both can lead to horrible results. We protect speech that expresses even bad ideas not just because ideas, themselves, can’t hurt us, but because protecting free speech means protecting it in principle.

We should combat bad ideas, but we have to do so by inquiring, learning, arguing, and promoting good ideas.

One of those good ideas is freedom of speech. But it only works if we understand it.

A version of this article was originally published at Merion West.