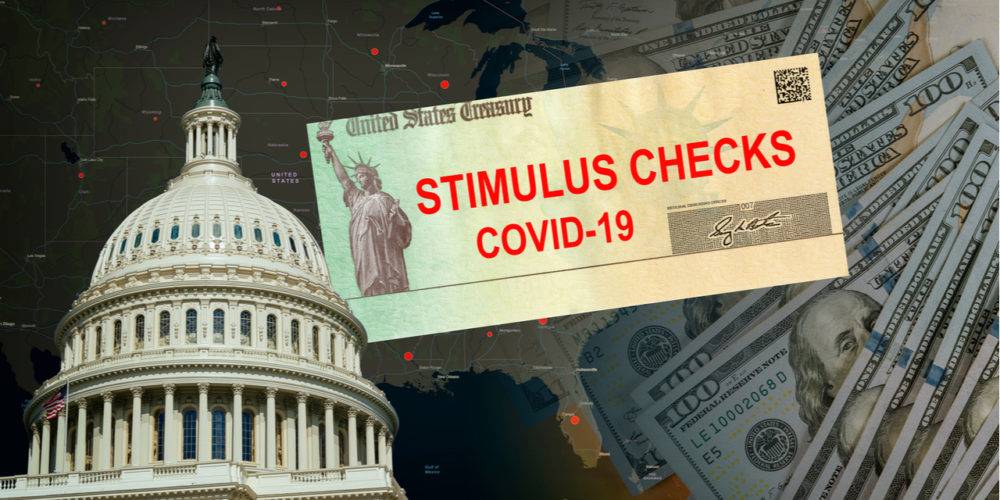 To Take or Not to Take

The CARES Act has created a moral dilemma for those Americans who value freedom. The pandemic has cost them their jobs, their savings, their businesses. And they blame a significant part of this loss on the government. But because they oppose government handouts, they worry that accepting CARES money would be a breach of integrity.

At the Ayn Rand Institute, we are dedicated to philosophic principle. And because we are, we will take any relief money offered us. We will take it unapologetically, because the principle here is: justice.

To see why, focus on a fact that everyone seems determined not to know: government has no wealth of its own. Private philanthropists like Jeff Bezos and the Bill Gates Foundation can and do own wealth that they give in charity. But the government has no funds of its own. It can only redistribute the wealth of others. Government cannot provide help, it can only force others to provide it.

The $2.3 trillion in “relief” going to some people means $2.3 trillion ultimately drained from savings — their own and the savings of others. The government doesn’t run farms or factories. It’s not a producer. Thus rather than being mesmerized by its shower of checks and paper dollars, consider the actual goods and services the government funds will be spent on.

READ ALSO:  Is It Moral to Accept Government Money During Covid-19?
Take eggs as the symbol. You can spend the newly created money to buy a dozen eggs, but the government is not adding to the egg supply, only to the supply of dollars. The government has no hens; but the Treasury’s Bureau of Printing and Engraving does have printing presses. And the Fed has more sophisticated means of inflating the supply of money and credit. The effect of that new “money” — created out of thin air — entering the economy will be to put upward pressure on the price of eggs, and disrupt the price system that helps coordinate all business activity.
If ARI gets government relief money, it will be, for us, partial restitution for government-inflicted losses.

Austrian economics teaches that inflation enriches those who get the new money first at the expense of impoverishing those who get it later, after prices have been bid up. Inflation is not “neutral”: it benefits some by victimizing others.

For advocates of freedom, individual rights, and limited government to turn down these relief funds means choosing to play only the victim’s role in the government’s bizarre game of “loot and be looted.” Embracing victimhood doesn’t show integrity, only submissiveness. The times call not for timid deference but confident self-assertion.

READ ALSO:  What Gave Ayn Rand the Moral Right to Collect Social Security?
It would be a terrible injustice for pro-capitalists to step aside and leave the funds to those indifferent or actively hostile to capitalism. It is anti-capitalist, statist polices that have turned this nature-made storm into a made-in-DC cataclysm.

America’s unpreparedness, the slowness of our response, and the byzantine maze of regulations now blocking the production and sale of new tests and new treatments are the tragic legacy of this nation’s century-long descent from capitalism into the entitlement-regulatory state.

As is well known, but seldom publicized, the growth of state power has enmeshed doctors, pharmaceutical companies, and biomedical firms in an ever-tightening web of regulations. Their every move is held suspect. Commercial test developers were prevented from getting early access to samples of the novel coronavirus, while the government bungled its own testing. Even when private hospitals want to add more hospital beds, they have to plead with government overlords for permission to do so.

READ ALSO:  A Pro-Freedom Approach to Infectious Disease
And now we’ve seen what statism means for the general population: the placing of the entire nation under house arrest.

The government wants to offer some relief to the public — for damages caused by its own orders, regulatory agencies, and executive diktats. That relief comes down to sending out newly printed currency, wrecking everyone’s economic calculations and making your livelihood depend not upon your productive ability but upon your political connections — your closeness to the spigot from which the new money gushes forth.

You can’t achieve the good of all by robbing everyone and then distributing the booty to some.

In this context, it would be morally wrong for pro-capitalists to humbly step aside and watch the new money go only to anti-capitalists. That would turn justice upside down.

Ayn Rand wrote an article arguing that it is proper to take government money from programs like Social Security and unemployment insurance on the condition that the recipient “regards it as restitution and opposes all forms of welfare-statism.” Those who support such government handouts, she added, “have no right to them; those who oppose them have. If this sounds like a paradox, the fault lies in the moral contradictions of welfare statism, not in its victims.”

She based her position on this trenchant analysis of statism:

Since there is no such thing as the right of some men to vote away the rights of others, and no such thing as the right of the government to seize the property of some men for the unearned benefit of others—the advocates and supporters of the welfare state are morally guilty of robbing their opponents, and the fact that the robbery is legalized makes it morally worse, not better. The victims do not have to add self-inflicted martyrdom to the injury done to them by others; they do not have to let the looters profit doubly, by letting them distribute the money exclusively to the parasites who clamored for it. Whenever the welfare-state laws offer them some small restitution, the victims should take it.

(“The Question of Scholarships,” in The Voice of Reason)

The $2.3 trillion emergency “stimulus” will be paid for by extracting wealth from everyone, including the Ayn Rand Institute and its contributors, many of whom have already been damaged financially. Since raising taxes is not politically viable, the stimulus will be paid for by “deficit financing” — a euphemism for raiding everyone’s savings.

If ARI gets government relief money, it will be, for us, partial restitution for government-inflicted losses.

Our contributors need to be sure that such payments won’t function as bribes, weakening our dedication to laissez-faire capitalism and softening our denunciations of statism. But they need not worry. Our whole reason for being is to promote not just the political ideal of laissez-faire capitalism or the moral ideal of rational selfishness. Rather, our defining mission is to promote the entire, integrated, philosophic system that Ayn Rand created: Objectivism.

Whether or not ARI receives some restitution for damages suffered, that is not about to change.