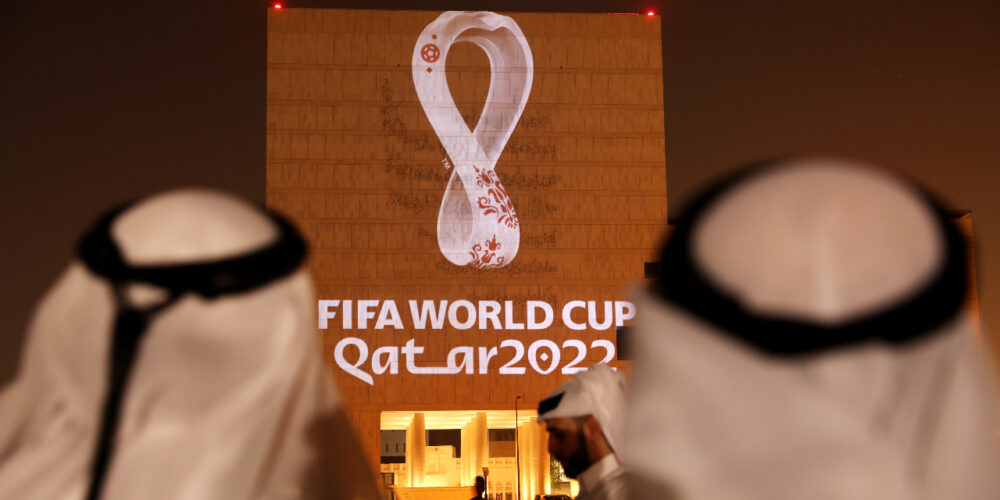 Engaging with authoritarian regimes like Qatar in sporting events only serves to whitewash and enable their rights violations.

We’re only a few days away from the start of the 2022 FIFA World Cup in Qatar, and billions of soccer fans are excited to see their favorite teams compete for the coveted title of world champions. But the event is already plagued by scandal.

Ever since Qatar was awarded the honor of hosting the World Cup back in 2010 and started building stadiums, activists and NGOs have voiced concerns about the treatment of migrant construction workers. There have been credible accusations of forced labor, and thousands have died on the job. The Qatari government’s indifference and meager response led some soccer players and private sponsors to raise their voices against the regime.

But the problem with Qatar hosting the FIFA World Cup goes deeper — it goes to the reason why the regime is hosting the event in the first place.

The Qatari regime is trying to whitewash its fundamentally authoritarian character.

It’s a regime that oppresses women. Under Qatar’s “guardianship” system, women have no agency to make their own life decisions. Without the permission of a male relative, a woman cannot pursue certain careers, marry, or travel. If they’re not married, it’s almost impossible for women to access basic reproductive care, such as prenatal care and ultrasounds. Extramarital sex can be punished with up to seven years in prison, lashings, and sometimes the death penalty.

Moreover, same-sex relations are also punished with up to seven years in jail and the possibility of the death penalty in some cases, and there have been reports of police brutality against gay people while in detention.

Speaking up against oppression is next to impossible due to censorship. Criticism of the Amir, the ruling family and Islam are prohibited, and foreign publications that contain “objectionable” political, religious, or sexual content are routinely banned. Journalists self-censor because they face prison time if their reporting is considered defamation or “false news” by the government.

Qatar not only violates the rights of its own people, but it also has warm relations with the Taliban, which seeks totalitarian Islamic rule. No surprise, either, that the Qatari regime has supported the murderous jihadist group Hamas.

By hosting sporting events in golf, tennis, motorsports and now the FIFA World Cup, Qatar is trying to launder its image. It’s seeking to obtain unearned respectability from the rest of the world by associating itself with the teams of some of the freest countries, popular athletes, and the genuinely admirable values represented by sports. It’s putting up a façade for fans, international organizations, and the press, to cover up its appalling record of violating individual rights.

Qatar is abetted in whitewashing its authoritarianism by the freer, better countries, by respectable private companies, by organizations like FIFA. Qatar needs them to literally and figuratively play ball with it to be seen as their moral equal. By turning a blind eye, teams and sports organizations become enablers of authoritarian regimes. As philosopher Ayn Rand put it: “to abstain from condemning a torturer, is to become an accessory to the torture and murder of his victims.”

READ ALSO:  Jihadists: Understanding the Nature of the Enemy

Qatar is hardly an innovator in adopting this ploy; other authoritarian regimes have been doing it for years. China hosted the Winter Olympics earlier this year (while sending Uyghur Muslims to concentration camps), Saudi Arabia started its LIV golf tournament (following an international outcry at the murder of journalist Jamal Khashoggi; among other brutal violations of rights, as I’ve written before), and Russia hosted the FIFA World Cup in 2018 (Russia’s record was already appalling pre-Ukraine war).

Regimes like Qatar are fundamentally opposed to the values of a free society, and if we truly care about freedom and individual rights we must do so at home and abroad. All soccer fans should be outraged that FIFA gave Qatar the privilege to host this event, once again tarnishing their beloved sport by enabling an authoritarian regime to exploit it. The truth is that, by letting Qatar host the World Cup in November, FIFA is helping the regime fund the oppression and torture of its victims.

My home team of Argentina will be playing the World Cup, and it is being said that it has a high chance of winning the tournament. For me, if Lionel Messi raises the cup, that moment will forever be marred by the knowledge that it took place in a land that brutalizes people for daring to love whom they want, that treats women as second-class citizens, and that aids jihadists in their quest to destroy freedom.

What Iranian Protesters Deserve from Us