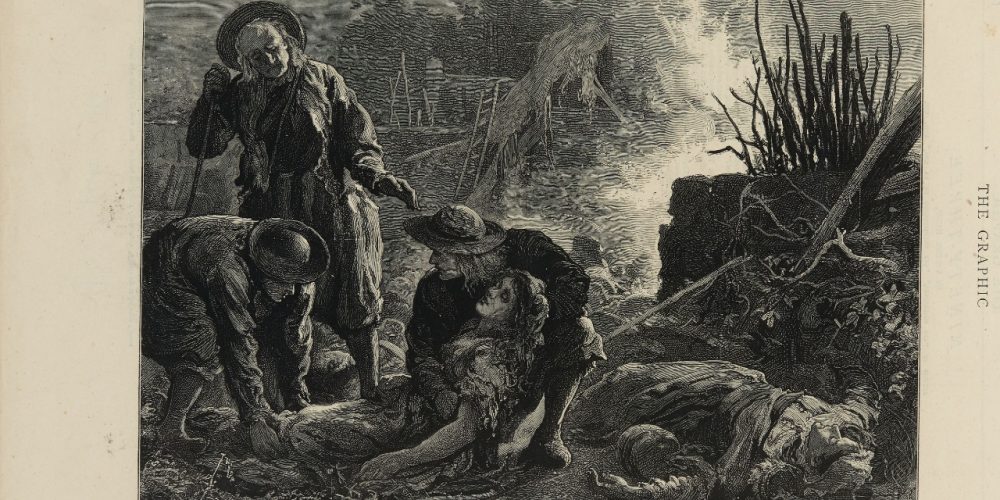 How a focus on story can make great literature as exciting to teenagers as popular films.

Enrollment in college English departments is declining, with literature concentrations experiencing a particularly precipitous drop in student interest. This may sound like no great loss. Increasingly, American teenagers view timeless works of literature as hopelessly boring and their study of them as yielding no cash value. Even if this trend does not tell the full story behind the decline in college literature studies, it is surely part of the picture. Why would students pay to study a subject that strikes them as dull and unprofitable?

To understand why teenagers find literature so dull, we should look at how they experience it in school. Too often, instead of helping students overcome challenges such as archaic language and unfamiliar historical context, and drawing out the most interesting aspects of a book, literature classes concentrate on unhelpful minutiae. Most of us have been in, or at least heard about, classes where entire periods are spent on a few sentences of text, or entire units are dedicated to locating metaphors or synecdoches. This experience is captured by an internet meme that has circulated among high school students for over ten years, in which a teacher engages in absurd over-analysis of a set of blue curtains.1 Instead of leading students to regard literature as fascinating, these practices lead them to regard reading and studying it as an excruciating, pointless exercise. Does it have to be this way?

That it doesn’t can be seen in the fact that this is strikingly different from the attitude most teenagers have toward non-literary fiction, like The Avengers or Harry Potter. Few would characterize watching and discussing TV shows and movies or reading and analyzing popular novels as boring. The primary feature that makes these works interesting is their stories. Young people especially become seriously invested in rooting for or against certain characters and eagerly await the resolutions of conflicts with important values at stake.

For example, the original Star Wars trilogy is one of the most popular fantasy film trilogies of all time, attracting passionate interest from young audiences nearly forty years after its release. At the center of its story is the conflict between Luke Skywalker and his father. Luke is devoted to the cause of the Rebel Alliance, which seeks to overthrow the authoritarian Galactic Empire, and he aspires to become a Jedi Knight like Anakin Skywalker, the father he never knew and believes to be dead. Once he discovers that his father has, in fact, become Darth Vader, the Empire’s chief enforcer, Luke endeavors to turn Vader back to the side of good. Vader, on the other hand, tries to persuade his son to join him and take power over the Empire. Audiences find their conflict compelling even though it’s not very clear what the Rebellion or the Empire stand for or why Luke and Vader are so driven by these causes.

To students who have been taught by the method of analyzing minutiae, reading literature in school seems completely unrelated to reading or watching popular fiction. One is dry analysis of the insignificant and the other is a thrilling experience full of entertainment and intrigue. Why not introduce students to great literature by having them read works that contain dramatic conflicts among compellingly motivated characters — and then focus the classroom analysis on the story, characters and conflicts?

Take, for example, Victor Hugo’s novel Ninety-Three. At the novel’s core, underneath all its historical and cultural context, is a gripping story that, like Star Wars, revolves around two soldiers who are like father and son, but involves thought-provoking issues of the type not seen in Star Wars. The central characters are Gauvain, a commander in the Republican army fighting to suppress a royalist uprising, and Cimourdain, a delegate sent by the government to supervise his campaign and decide his future. Gauvain is a brave soldier and a great tactician, but he is merciful to enemy soldiers — especially those who display heroic traits such as bravery. Cimourdain adores Gauvain, to whom he had been a tutor and essentially a father, but disapproves of his clemency, believing that no quarter can be shown to enemies of the Republic. Thus, the deep personal connection between the two is strained by their disagreement over how to win a war that will decide the fate of the Republic they both support. The presence of the commander of the Royalist force carries the potential for the disagreement to explode into outright conflict: He is the Marquis de Lantenac, an extraordinary commander who poses a unique threat to the Republic, but also possesses profoundly heroic characteristics.

The disagreement between Gauvain and Cimourdain arises from their views on profound intellectual issues. Both go to war for the Republic, but that does not mean they are in agreement. Cimourdain’s focus is on destroying the old way of life, the one dominated by the monarchy, aristocracy and clergy. He thinks that the ideal Republic can only be secured through ruthless brutality — the killing of all who fight to oppose it. Gauvain, on the other hand, believes in a future republic without war and retribution, where people’s relations are defined by the ideal “liberty, equality, fraternity,” and he believes that this ideal Republic can only be achieved by practicing liberty, equality and fraternity all the time. This means, to him, killing only those one has to and offering clemency to prisoners of war and political enemies.

Their Royalist enemies are also motivated by a sophisticated worldview and political agenda: They believe that the king, the nobility and the church are the earthly representatives of God, and that their authority must be restored in order to preserve the natural order. To accomplish this end, they are willing to take brutal measures of their own against those who aid the Republic.

The beliefs on deep issues that motivate Ninety-Three’s characters and the significant ramifications that their differing views have when enacted is precisely what makes the novel’s conflicts so fascinating. These conflicts have much more to offer than those in Star Wars, which, after all, are rather vaguely defined. Why does Vader side with the Empire? We’re not offered much explanation. What are the Rebels fighting for? It’s unclear; mainly they are just fighting against domination by the Empire. By contrast, the war in Ninety-Three between the Republicans and the Royalists is not just a physical clash between two armies, one of whom we are supposed to regard as good and the other as evil. The war is a conflict of worldviews — one based on the equality of all men, the other based on hierarchy and authority. The future of France will be starkly different depending on who wins. The conflict within the Republican ranks, between Gauvain and Cimourdain, is a clash between two distinct visions of how to achieve an ideal Republic. It matters a great deal which vision triumphs, of course, but their conflict also entails the question of how the advocates of these two visions can cooperate, whether one of them is more practical in wartime than the other, and whether they are so fundamentally incompatible that they must turn the love of tutor and child, practically of father and son, to mortal conflict.

READ ALSO:  Stoicism vs. Objectivism: Is Free Will Magic?

To be sure, there are challenges that one must overcome today in order to access the story of Ninety-Three. It’s set in the year 1793, during the French Revolution, and it presupposes a certain degree of historical knowledge about the period. Readers need to know the major events of the French Revolution, some of the technology and culture of that era, and the basic geography of France. To really engage with the characters’ thinking and ideals, it also helps to know something about the political and moral ideas that were in vogue at the time before reading. Modern audiences can be startled by ideas like the view that the monarchy and nobility were put in their place by God, and it can help to already be aware that this was a belief that was essentially taken for granted for many centuries. There are also terms and language that would not be familiar to a twenty-first-century reader, and confusing passages that readers unaccustomed to nineteenth-century novels will not know how to navigate.

Most teenagers need the help of a teacher to overcome these challenges and get absorbed into the fascinating story of Ninety-Three. But to actually become absorbed, they need a teacher who regards grasping the story and the depth of its characterizations as the goal of reading the novel. They don’t need a teacher who uses the method of analyzing minutiae, which can make even a fascinating story like Ninety-Three come across as a bore, and as completely unlike the thrilling experience of watching a blockbuster. They need a teacher who can bring the stories to life by drawing their attention not primarily to writing techniques and literary devices, but to the issues and ideas that motivate the characters and bring them into conflict with each other. They need a teacher who can inspire conversation about the ideas and meaning of a great work of literature and about the fascinating connections they can draw between these and their own lives.

With this sort of guidance, students will find the experience of reading Ninety-Three to be as fun and enjoyable as watching Star Wars — and they will begin to see that there are values they can get from great literature that just aren’t available in popular fiction.

Image: “The Horrors of War,” by Eugène Froment and Henry Woods, is a woodcut from the periodical The Graphic, April 18, 1874, illustrating part one, book 4, chapter 7 of Ninety-Three by Victor Hugo. Public domain image (cropped) courtesy of Paris Musées.