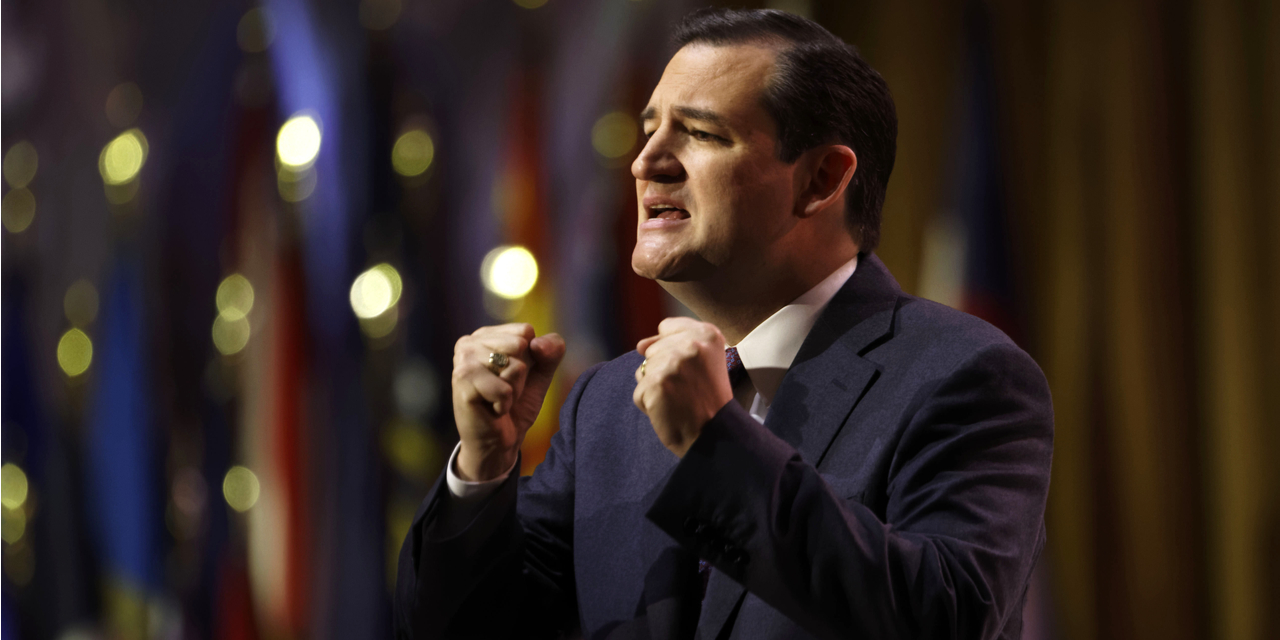 In mid-April, during Mark Zuckerberg’s appearance before Congress, Senator Ted Cruz (R-TX) scolded him because Facebook allegedly restricts conservative views. “There are a great many Americans who I think are deeply concerned that Facebook and other tech companies are [engaging in] a pervasive pattern of bias and political censorship” against conservatives, Cruz said.

The whole exchange made for a good bit of political theater, but Senator Cruz had a deeper purpose in mind, which he explained in an op-ed after the hearing. If Facebook restricts conservative voices, according to Cruz, then it is no longer a “neutral public forum,” but a publisher that is liable for the content it publishes. As Cruz recognized in his op-ed, the costs to social media companies could be astronomical if they can be liable for any defamatory or false statement posted on their platforms. Cruz’s message was clear: restrict conservative voices, face potentially ruinous liability.

Senator Cruz isn’t the only conservative who has made this argument. Ben Shapiro made the same point in a video after Zuckerberg testified in Congress in April, and he’s written an op-ed about it. Fans of his have been raising the point as well. I’ve gotten questions about it in talks I’ve given to students.

The question itself—to what extent should social media companies be liable for the content on their sites—is an interesting one with many possible answers depending on the context. It would make a great law school exam question. What the issue shouldn’t become is a weapon for strong-arming social media companies into publishing particular viewpoints—especially by those who hold themselves out as champions of free speech. Yet that seems to be the goal of those, like Shapiro and Cruz, who have floated this argument.

Here’s the basic issue. As a general matter, publishers can be held liable for the content they publish to the same extent as the author of that content. For example, if a magazine publishes an article that allegedly defames someone, that person can sue not only the author of the article but the magazine itself. That’s happening to National Review right now in a suit by the climate scientist Michael Mann over an article that Mark Steyn wrote for the magazine. As a general principle, it makes sense because publishers exercise editorial control over all of their content. If they decide what to publish, the thinking goes, then they have to take responsibility for what it says.

By contrast, those who merely distribute other people’s content are generally not liable for that content. An easy example is a phone company. If you use your cell phone to threaten someone, Verizon is not liable just because the call was placed through their network. And the reason, again, is straightforward: Verizon doesn’t monitor or exercise control over the content, so the company shouldn’t be liable for it. The same basic principle applies to bookstores. They don’t decide what goes into every book, so unless they know that a book is defamatory, they can’t be sued merely for selling it.

In the internet age, though, the question arises: how do we treat websites that act as platforms for content posted by others? Are they publishers or distributors? Courts wrestled with this in the mid-1990s, and a few held that internet service providers like AOL and Prodigy were liable for defamatory statements posted on their platforms. Congress responded in 1996 by adopting section 230 of the Communications Decency Act. The provision does two things. First, it says that ISPs and similar websites (social media platforms were eventually included) are not considered “publishers” of information that others post on their sites and cannot be held liable the way publishers would be. Second, it says that these websites can still impose standards of decency on their platforms without being considered publishers. For example, they can prohibit offensive speech, obscenity, harassing speech and the like.

I think section 230 makes a lot of sense. Websites that allow people to post information and content of various types are not publishers in the same way that the National Review is a publisher. They are not exercising editorial control over all content or reviewing it for accuracy, nor could they do so, given the vast amount of content posted on their sites. They are platforms, or in the case of social media, you might think of them as vast meeting halls where people can congregate, share information, discuss, debate or just have a conversation.

To continue that analogy, we wouldn’t expect the person who owns the meeting hall to be responsible for everything everyone says inside its walls. That would still hold true if he imposed a code of conduct. If he prohibited swearing, screaming, and lewd behavior, he still shouldn’t be responsible for other things people say, because he’s not operating in a situation in which he controls it. Vetoing some things that people say is not the same thing as exercising editorial control over everything else that anyone says.

Cruz and Shapiro argue that the moment social media companies start “censoring” conservative views, they can no longer claim they are merely platforms. Facebook, claims Shapiro, has started to “interpos[e] itself between its own users and information that people want to see.” The company has “shifted their algorithms” to prefer allegedly more reputable news sites, like the New York Times, over allegedly less reputable ones, like Shapiro’s Daily Wire, so now they are acting as a publisher and cannot escape liability. “Facebook has presented itself as a platform,” claims Shapiro, but if Facebook plays “censor,” then they are liable. Cruz makes a similar argument: Facebook must remain a “neutral public forum,” he claims, but once it starts “censoring” content it should be liable as a publisher.

Leave aside for a moment the risible claim that Facebook, or any private company, can “censor” speech. It’s dangerously wrong, as I explain below. The relevant point is that social media platforms can restrict content on their sites. And let’s assume that Cruz and Shapiro are correct that social media companies are restricting conservative views. That seems true in some cases but not others, but it’s a detail. Even if it is true, we still should ask: so what? Why would restricting conservative views make social media companies liable as publishers for everything that appears on their sites?

One response to the position Cruz and Shapiro advance might be that the Communications Decency Act allows Facebook to restrict content it deems offensive. But Congress can repeal or change the Act, and laying the foundation for that was obviously the purpose of Senator Cruz’s questions. He wants to establish that social media companies are not acting the way Congress thought websites would act back in 1996 when they passed section 230, so they don’t deserve the immunity Congress created.

Certainly, that seems to be what Shapiro hopes will happen. After Zuckerberg’s first day of testimony, in which he at one point agreed that Facebook was “responsible” for the content on its site, Shapiro gleefully tweeted: “WATCH: Zuckerberg Admits, ‘We’re Responsible For The Content.’ He May Have Just Bankrupted His Own Company.”

What do Cruz and Shapiro get if Facebook is held to be a publisher? The New York Times is a publisher, yet it doesn’t publish too many conservatives. Is it just the satisfaction of knowing that now Facebook will be on the hook for billions in liability? The attitude seems to be, “You won’t feature everything we want on your free website, so go to hell!” That’s not exactly a principled position.

And why should Facebook or any social media company be considered a publisher even if it does restrict some views, whether conservative or otherwise? If I don’t invite people with certain views to my town meeting, that doesn’t mean I approve of the views of every other person who attends. If a bookstore decides to carry only books by conservative authors, that still would not make them liable for the contents of every book they sell. Deciding not to allow certain views onto your platform is not the same thing as exercising editorial control over what you do allow onto your platform—especially when your platform has over two billion users.

My point is not that Facebook and social media companies can never be considered publishers of any content. If they are actually exercising editorial control over content in the same way as a newspaper or magazine, they should be held to the same standards. My point is that this question should depend on more than “I hate social media.”

What standards of liability social media companies, websites, and even publishers today should be held to is not an easy question to answer. It deserves real thought and consideration about the context in which they operate, what they are doing, and what is just and proper to expect of them. Among many other things, answering that question has to take into account that social media are unique communications platforms. They are not entirely passive, but they obviously don’t operate as conventional publishers even when they do exercise some discretion over what appears on their sites. It could be that social media platforms should be considered hybrids: sometimes liable for the content they feature (perhaps only when they exercise the same discretion as publishers or when they have reason to know something is false or otherwise illegal) and sometimes not. It could also be that publishers should not always be held to the strict standards to which they are currently held.

But to get this issue right, you actually have to care about applying legal and moral standards. That’s my beef with a lot of the critics of social media today. They seem to care about one thing only: these companies don’t agree with us.

As far as I can tell, YouTube is restricting conservative views (by flagging them as restricted content or denying them advertising revenue). And Facebook may be doing something similar. Many of those decisions are no doubt stupid, but they don’t raise a free speech issue, as critics like Cruz and Shapiro claim.

Private companies cannot “censor” anyone’s speech. Only government can. When private companies decide to support some views and not others, that is an exercise of their freedom of speech (which implies the right to speak or not to speak) or their right to property or their right of association—and typically, all of the above. If a Christian baker has the right to decide what views he supports with his wedding cakes—and he does—then social media companies have the right to decide what views they support with their platforms. Protecting rights necessarily means protecting the right not to allow others to use your property, not to associate with them, and not to support their speech. If we lose the distinction between the private exercise of rights and  government restriction of those rights, then we lose not just free speech, but all rights.

Anyone who supports free speech needs to understand that distinction. And they shouldn’t use issues like publisher liability to try to extort private companies into supporting their views.