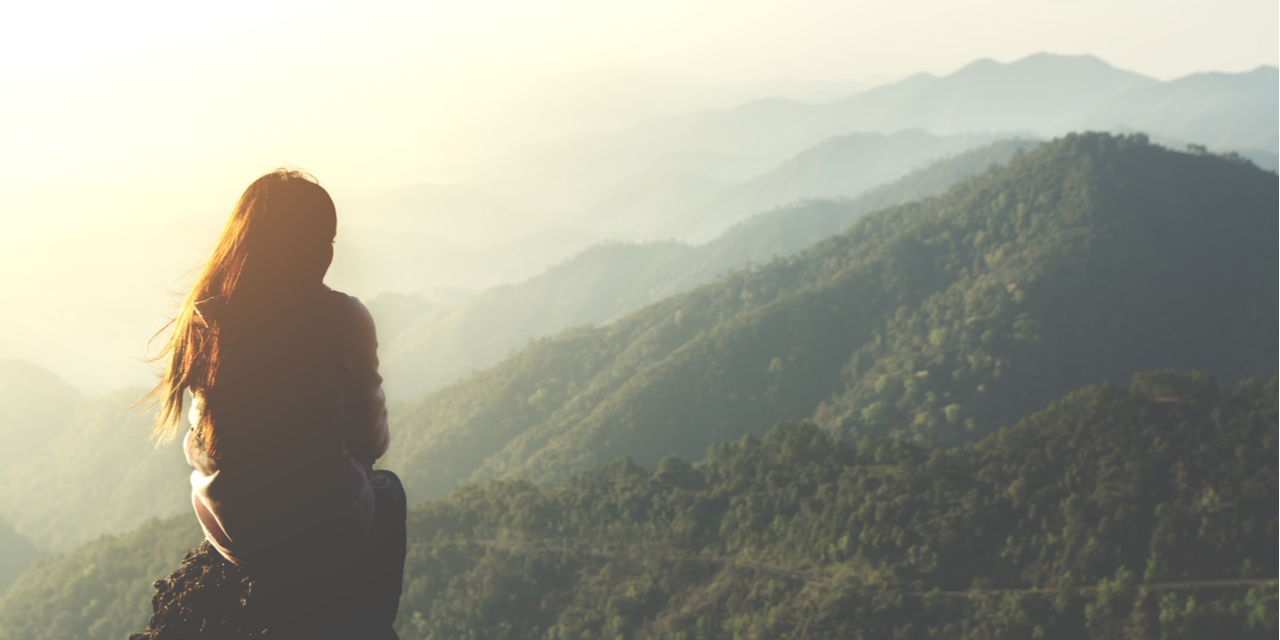 Abortion rights are gaining ground overseas, especially in light of the May 26 referendum repealing the anti-abortion constitutional amendment in Ireland, and signs that new abortion rights legislation has an unprecedented chance of being passed in Argentina. But in the United States, the trend is in the opposite direction. Emboldened by the chance that President Trump will appoint justices to the Supreme Court who would overturn Roe v. Wade, the anti-abortion movement in the United States has begun a push for new restrictions on abortion at both the state and federal levels.

The proposals range in the degree to which they would restrict abortion rights. In Indiana, the governor signed a bill mandating women who receive abortions to disclose their age, marital status, race, and number of previous abortions. Kentucky legislators have approved a ban on dilation and extraction procedures after only eleven weeks of pregnancy. Mississippi’s governor recently signed legislation that would ban all abortions after fifteen weeks and a similar bill has advanced to the desk of the governor of Louisiana. Very recently, the governor of Iowa signed into law a ban on the abortion of fetuses with detectable heartbeats. This means banning abortion at around six weeks of pregnancy, making Iowa the nation’s most restrictive abortion law. Legislators in Ohio have proposed a ban on all abortions at any stage of pregnancy, while South Carolina recently considered a similar measure.

Prominent defenders of abortion rights . . . have not been strong enough and have even conceded ground to their opponents.

Nearly all of these measures are being opposed in court, and some have been blocked by judges pending the outcome of litigation (and the South Carolina bill was killed by a filibuster in the state senate). But given uncertainty about the future composition of the Supreme Court, it’s unclear how long that opposition can hold out.

As someone who supports a woman’s right to choose an abortion, I’ve been curious to see how prominent defenders of abortion rights would stand up on moral grounds against this latest onslaught of restrictions. Here are some observations about why I think even some of the best defenses have not been strong enough and have even conceded ground to their opponents.

One of the voices making waves has been the Washington Post’s Ruth Marcus. In a recent piece, Marcus spoke up against a number of states’ recent attempts to outlaw abortion of fetuses with Down syndrome. She openly admits what she would have decided when she was an expectant mother, if her fetus had tested positive for Down syndrome:

I can say without hesitation that, tragic as it would have felt and ghastly as a second-trimester abortion would have been, I would have terminated those pregnancies had the testing come back positive. I would have grieved the loss and moved on.

Two-thirds of other American women, she notes, say they would do the same.

I congratulate Marcus for daring to speak up on an especially controversial aspect of the abortion question. Some women want to have children of their own so desperately that they might reasonably choose to give birth to a child with Down syndrome, and some of them might then find it difficult to imagine how anyone could make a different choice. But Marcus does us a special service by reminding readers of the enormous price that mothers who raise children with Down syndrome have to pay:

Most children with Down syndrome have mild to moderate cognitive impairment, meaning an IQ between 55 and 70 (mild) or between 35 and 55 (moderate). This means limited capacity for independent living and financial security; Down syndrome is life-altering for the entire family.

Abortion foes have worked hard to spotlight the contemporary success stories of people with Down syndrome, diverting our attention from the long-term costs paid by mothers (and fathers) for this success (when it occurs). Few people are willing to become what is, in effect, a parent for life. Those women who are unwilling to pay this price would be forced to make a radical sacrifice if they were legally prohibited from ending their pregnancy.

READ ALSO:  'We Took PPP Funds and Would Do It Again'

Even as Marcus usefully draws our attention to the plight of parents, I think that much of the rest of her article has the effect of undercutting the case for abortion rights.

To begin with, consider this passage by Marcus:

If you believe that abortion is equivalent to murder, the taking of a human life, then of course you would make a different choice. But that is not my belief, and the Supreme Court has affirmed my freedom to have that belief and act accordingly.

At worst, it sounds like Marcus is staking her claim as a matter of secular faith, backed up by a secular priesthood (the Supreme Court).

Reading this passage, what kind of question does Marcus seem to think is at stake here? “You have your belief, but I have mine” sounds like she is describing, at best, a question of taste. At worst, it sounds like she’s staking her claim as a matter of secular faith, backed up by a secular priesthood (the Supreme Court). If she had gone on to argue for her belief and against the opposing view, she might have cancelled this implication. But she does not.

Marcus goes on to express admiration for parents who make the choice to devote their lives to raising children with Down syndrome. I can see expressing admiration for those who want their own children so badly that they’ll do it even at great cost. But what about parents who make this decision out of a sense of guilt, because they’ve been pressured to do so by their family or their religious authorities? Was their choice admirable?

It is not surprising which line of her article has attracted the most attention: “I’m going to be blunt here: That was not the child I wanted. That was not the choice I would have made. You can call me selfish, or worse, but I am in good company.”

Think for a moment about what Marcus is saying. She thinks selfishness might be morally bad, or worse. But she insists she would make what she takes to be the bad or worse decision anyway. This amounts to saying “To hell with morality, I should be able to do whatever I want, even if it’s possible that I’m committing murder.” This expresses a flippancy about what is, in fact, a serious moral question.

Predictably, abortion critics proceeded to jump all over the Marcus article. Writing in National Review, Alexandra DeSanctis suggests that by pointing to the cognitive impairment of children with Down syndrome, Marcus must want “the right to define for oneself which human lives have value, and to annihilate those that don’t” and “the freedom to snuff out the lives of those deemed to be abnormal.” She goes on to lament the decline in Down syndrome births in countries like Iceland by saying “Iceland isn’t eliminating Down syndrome at all; it’s eliminating people.”

Likewise, prominent conservative activist Ben Shapiro, also writing for National Review, describes Marcus’s piece as “astonishing” and, like DeSanctis, claims that she “champions her own moral autonomy as a would-be agent of death,” again implying that Marcus has eugenic ambitions. He wonders why Marcus herself would regard abortion as “tragic” if, as she thinks, it doesn’t amount to murder that ends “a human life”: “the truth is that Marcus does realize [that she is ending a human life]. She’s just willing to end that life because she doesn’t believe such lives should exist.” For Shapiro, her decision to abort a fetus with Down syndrome would be “not merely selfish” but “monstrous.”

READ ALSO:  Why So Many Said to Be 'Selfish' Are Empty Inside

Though I think that Marcus has invited some of these criticisms, DeSanctis and Shapiro grossly misrepresent key aspects of Marcus’s argument. Clearly, Marcus doesn’t describe the cognitive impairment of children with Down syndrome to suggest that any person who is cognitively impaired should be killed. She does it to emphasize how grueling it is to raise a child with Down syndrome, and how much parents of such children may be expected to sacrifice. DeSanctis’s attempt to saddle Marcus with a charge of advocating eugenic murder is crude and unjust. Her attempt is worse than a textbook fallacy of the appeal to pity, since it involves appealing to pity for nonexistent victims: no one in this debate wants to kill human beings who have already been born.

When Marcus asserts her position as an alternative article of faith and implies there is no serious answer to the abortion question, she sows seeds of unnecessary self-doubt for women who are facing that question in real life.

Likewise, Shapiro ignores the considerable possibility that aborting a fetus with Down syndrome would be tragic for an expectant mother because she may have wanted a normal child, not because she secretly believes in a kind of end-justifies-the-terrible-means eugenics. Shapiro’s attempt to equate these two perspectives would not have even a veneer of plausibility when applied to the many women who have abortions because they do not even want children in the first place, especially when many of them do not regard their decision as tragic.

Nevertheless, Marcus opens herself up to this attack. By failing to defend her view that abortion is not murder and implying that the question is just a matter of opinion, she invites the charge that her position reduces to a crude subjectivism or relativism about the serious question of the morality of murder. Shapiro cashes in on this when he suggests that Marcus “takes solace in her immorality” when she cites the two-thirds of American women who would agree with her decision. He rightly notes that this should offer no solace: the widespread acceptance of slavery didn’t make it moral either. And by characterizing the decision to abort as less than admirable because it is selfish, she easily invites Shapiro’s accusation that her decision is in the same neighborhood as being “monstrous.”

Marcus, of course, is not alone here. These are common argumentative tactics among left-liberal defenders of abortion rights. Nevertheless, they’re unfortunate tactics, especially as they fail to distinguish the abortion rights position starkly from the opposition. However much DeSanctis and Shapiro might portray their opposition to abortion rights as stemming from dispassionate logic, I would argue that it’s almost always religious faith that motivates opposition to abortion. So when Marcus asserts her position as an alternative article of faith and implies there is no serious answer to the abortion question, she sows seeds of unnecessary self-doubt for women who are facing that question in real life.

The author would like to acknowledge the useful editorial feedback of Steve Simpson and Onkar Ghate in improving this article.