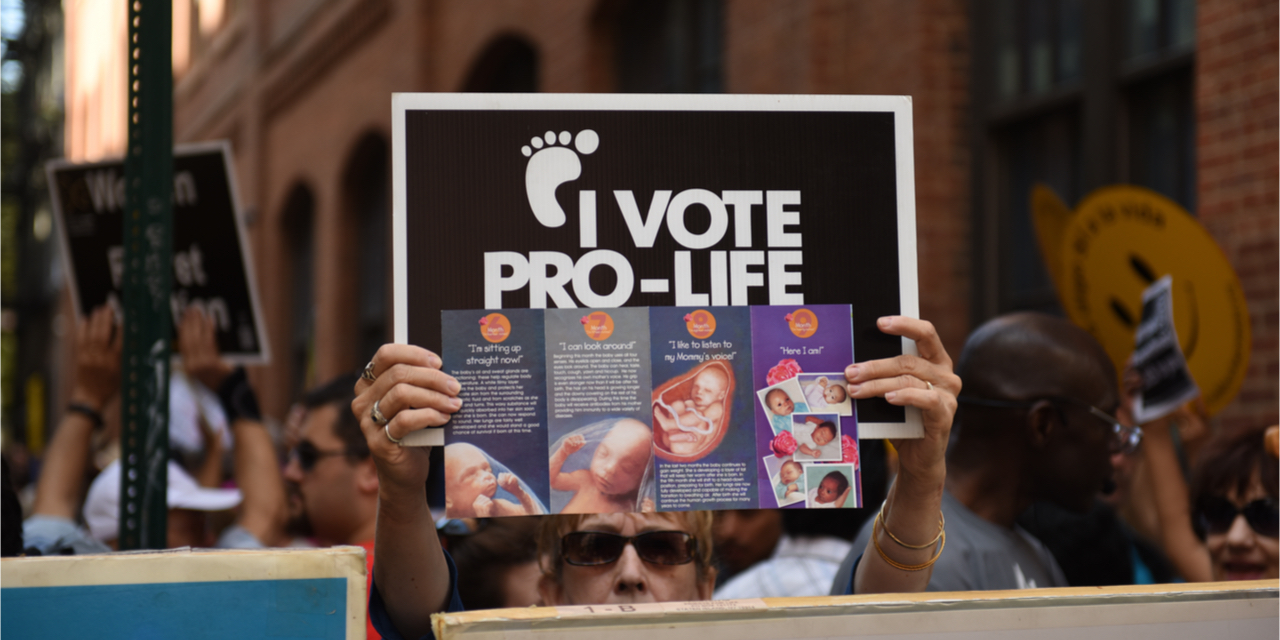 In 2017, President Trump made good on a campaign promise to put “pro-life” justices on the Supreme Court when he nominated Neil Gorsuch, who was later confirmed by the Senate. This past January, Trump became the first president to deliver a live message to the annual March for Life protest against the Supreme Court’s Roe v. Wade decision. Other campaign promises from Trump to the anti-abortion crowd are yet to be fulfilled, but the administration’s efforts are ongoing.

Why is the abortion issue still as bitterly contested in 2018 as it was in 1973? One reason is that advocates for women’s individual rights have allowed their opponents to seize the moral high ground. The term “pro-life,” argues Leonard Peikoff in this enduringly relevant op-ed, has been co-opted and corrupted by the haters of human life. (It appeared at the Huffington Post in 2013.)

On the anniversary of Roe v. Wade 40 years ago, there is still no one defending the right to abortion in fundamental terms, which is why the pro-abortion rights forces are on the defensive.

Abortion-rights advocates should not cede the terms “pro-life” and “right to life” to the anti-abortionists. It is a woman’s right to her life that gives her the right to terminate her pregnancy. Nor should abortion-rights advocates keep hiding behind the phrase “a woman’s right to choose.” Does she have the right to choose murder? That’s what abortion would be, if the fetus were a person.

The status of the embryo in the first trimester is the basic issue that cannot be sidestepped. The embryo is clearly pre-human; only the mystical notions of religious dogma treat this clump of cells as constituting a person.

We must not confuse potentiality with actuality. An embryo is a potential human being. It can, granted the woman’s choice, develop into an infant. But what it actually is during the first trimester is a mass of relatively undifferentiated cells that exist as a part of a woman’s body. If we consider what it is rather than what it might become, we must acknowledge that the embryo under three months is something far more primitive than a frog or a fish. To compare it to an infant is ludicrous.

If we are to accept the equation of the potential with the actual and call the embryo an “unborn child,” we could, with equal logic, call any adult an “undead corpse” and bury him alive or vivisect him for the instruction of medical students.

That tiny growth, that mass of protoplasm, exists as a part of a woman’s body. It is not an independently existing, biologically formed organism, let alone a person. That which lives within the body of another can claim no right against its host. Rights belong only to individuals, not to collectives or to parts of an individual. (“Independent” does not mean self-supporting — a child who depends on its parents for food, shelter, and clothing, has rights because it is an actual, separate human being.)

“Rights,” in Ayn Rand’s words, “do not pertain to a potential, only to an actual being. A child cannot acquire any rights until it is born.”

It is only on this base that we can support the woman’s political right to do what she chooses in this issue. No other person — not even her husband — has the right to dictate what she may do with her own body. That is a fundamental principle of freedom.

There are many legitimate reasons why a rational woman might have an abortion — accidental pregnancy, rape, birth defects, danger to her health. The issue here is the proper role for government. If a pregnant woman acts wantonly or capriciously, then she should be condemned morally — but not treated as a murderer.

If someone capriciously puts to death his cat or dog, that can well be reprehensible, even immoral, but it is not the province of the state to interfere. The same is true of an abortion, which puts to death a far less-developed growth in a woman’s body.

If anti-abortionists object that an embryo has the genetic equipment of a human being, remember: so does every cell in the human body.

Abortions are private affairs and often involve painfully difficult decisions with life-long consequences. But, tragically, the lives of the parents are completely ignored by the anti-abortionists. Yet that is the essential issue. In any conflict it’s the actual, living persons who count, not the mere potential of the embryo.

Being a parent is a profound responsibility — financial, psychological, moral — across decades. Raising a child demands time, effort, thought and money. It’s a full-time job for the first three years, consuming thousands of hours after that — as caretaker, supervisor, educator and mentor. To a woman who does not want it, this is a death sentence.

The anti-abortionists’ attitude, however, is: “The actual life of the parents be damned! Give up your life, liberty, property and the pursuit of your own happiness.” Sentencing a woman to sacrifice her life to an embryo is not upholding the “right to life.” The anti-abortionists’ claim to being “pro-life” is a classic Big Lie. You cannot be in favor of life and yet demand the sacrifice of an actual, living individual to a clump of tissue. Anti-abortionists are not lovers of life — lovers of tissue, maybe. But their stand marks them as haters of real human beings.