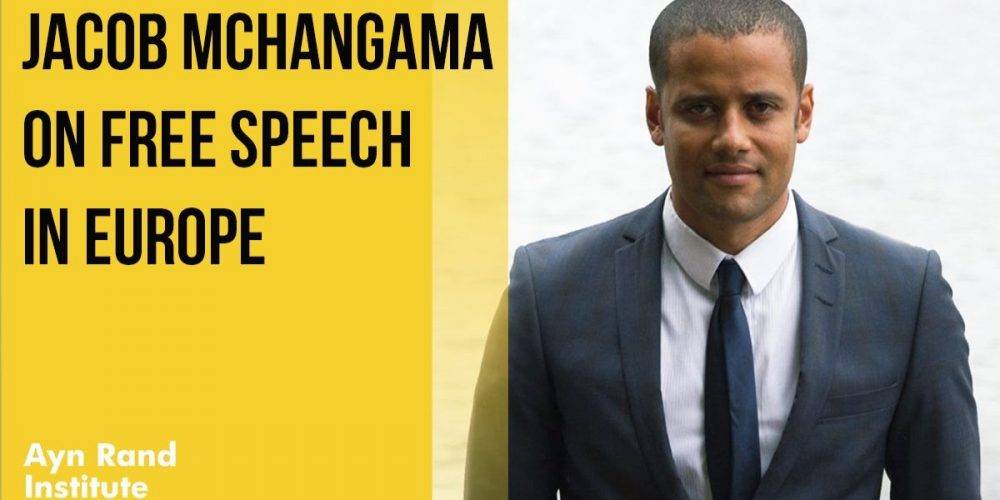 A conversation with Jacob Mchangama, a lawyer and vocal advocate for freedom of speech, based in Denmark.

In 2005, editors at the Danish newspaper Jyllands-Posten were concerned about a seeming climate of self-censorship on the subject of Islam. To assess the extent of that climate, they commissioned and published cartoons of the Prophet Mohammad. The ensuing political crisis and violent protests around the world — the so-called cartoons crisis — underscored that the principle of freedom of speech is little understood or valued. That fact was on stark display, again, in the aftermath of the 2015 jihadist massacre at the French magazine Charlie Hebdo.

These crises were part of a pattern dating back to the 1989 Iranian death decree against the British novelist Salman Rushdie. The dominant response of Western intellectuals and political leaders has been to betray the principle of freedom of speech at every turn. We at ARI have been fighting against this global trend by championing intellectual freedom and the freedom of speech.

Where do things stand in Europe today? That’s the question at the center of my recent conversation with Jacob Mchangama, a lawyer and writer based in Denmark. He’s a vocal advocate for freedom of speech, and I’ve found his support for that principle articulate. His work has been featured in the Washington Post, the Wall Street Journal, The Economist, and several scholarly journals. During our conversation, we talked about:

From the interview I came away with a renewed appreciation for the First Amendment’s protection for intellectual freedom — but also with a heightened concern that free speech in America is, at best, taken for granted, and at worse, devalued.