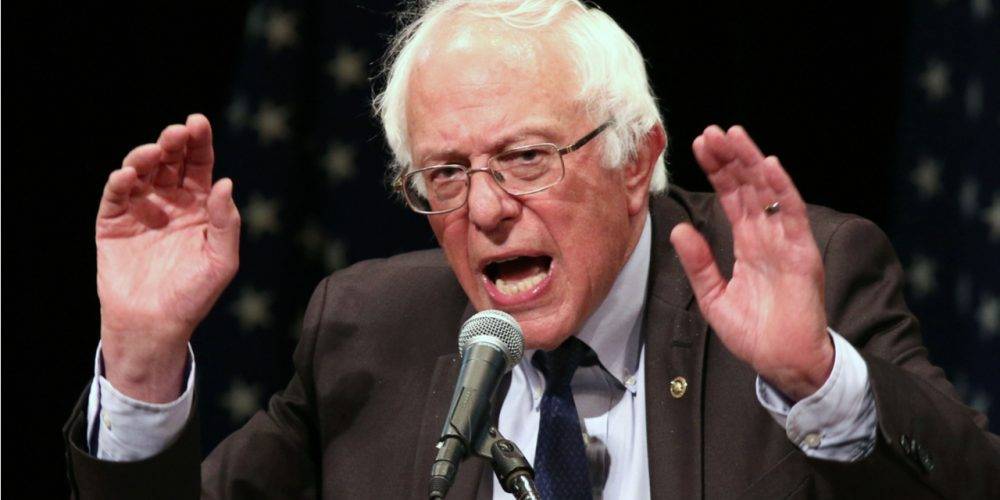 Bernie Sanders, like Trump, Is Hostile to a Free Press

Vermont senator Bernie Sanders, like so many of us, is rightly alarmed at President Trump’s “authoritarian bullying of the media.” Trump’s demonization of the media as the “enemy of the people,” Sanders writes, amounts to a “deliberate attempt to destroy the very idea of a free press.“ Positioning himself as the anti-Trump on this issue, Sanders has unveiled a plan to save “real journalism.”

Freedom of the press, the Founders recognized, is a necessary pillar of a free society. When the Founders penned the First Amendment, the media was far from uniformly objective, let alone devoid of sensationalism or hooliganism. Nor is it today: like every product conveying knowledge and ideas, its quality varies. Even so, the Founders believed in a full separation of state and media, insisting that “Congress shall make no law . . . abridging the freedom of speech, or of the press.”

Sanders complains about a scarcity of “real journalism,” which means content he approves of, coverage aligned with his agenda. It’s news coverage devoted to fighting for progress, serving the public welfare, opposing the privileged. Instead, journalists and media companies today are free to shower us with content that Sanders looks down on as “gossip,” “punditry,” “clickbait,” “infotainment” and, worse, shilling for corporate interests.

The Jeff Bezos–owned Washington Post, for instance, is, according to Sanders, beholden to, and corrupted by, the interests of advertisers and its billionaire owner. Because of a prevailing “oligarchic business model,” Sanders claims, corporate media downplay climate change, lest they upset fossil-fuel industry advertisers and neglect to champion workers. (Tellingly, this is a mirror image of Trump’s cries about “fake news,” and of his particular enmity toward Bezos for unflattering coverage in the Post.)

READ ALSO:  Censorship: Right and Left
Under a free press, however, it’s caveat emptor. And if you can do better, please, launch a website, start a YouTube channel, expose and correct whatever you regard as shoddy media coverage. But what the idea of a free press precludes is the government dictating who may speak, who may run media outlets, how they may be run, or what they should say.

But like Trump, Sanders cannot abide a media industry that operates freely, that publishes content contrary to his views. The Sanders media plan, therefore, calls for a massive deployment of government force to reshape the media industry.

The Sanders plan would clear the path for any authoritarian to dictate whatever he defines as “real journalism.”
To foster “real journalism,” the Sanders plan will attempt to hobble large media companies and support smaller ones. Sanders vows to stringently tighten controls over ownership of media companies, launch anti-trust investigations, and impose a moratorium on mergers. The aim of such controls is to choke off media content that Sanders abhors — the un-“real journalism” corrupted by major advertisers and billionaire owners — and instead empower small “civic-minded” media outlets, whose coverage Sanders values (bonus: favored journalists are promised job protections and unionization).

Even a regulatory stranglehold to reshape the industry is not enough, however. Sanders floated a trial-balloon proposal to impose a tax on targeted online ads. That tax revenue will pay for “civic-minded media” outlets. This is part of Sanders’s broader vision to boost “public media” news operations (recall Trump’s call for a government TV network to counteract CNN, whose coverage Trump dislikes).

Taxing Americans to fund government-endorsed media outlets — regardless of what views they air — is a violation of freedom of speech. It means coercing people to pay for news and other content they may well disagree with. (Even the government’s existing, small-scale funding of PBS, NPR, and several foreign-service media outlets is inconsistent with free speech.) What Sanders seeks to do is demolish the very idea of a free press by centrally planning the media industry to serve his ends.

Cheerleaders for the Sanders plan are tragically shortsighted. Put aside whether you agree with Sanders’s evaluation of the media industry or his conception of “real journalism.” To legitimize government control over the press is to destroy it. The Sanders plan would clear the path for any authoritarian to dictate whatever he defines as “real journalism.”

Let’s at least be honest about the meaning and consequence of the Sanders plan. Like Trump, Sanders exhibits a fundamental contempt for the free press.

A version of this article originally appeared at The Daily Caller.