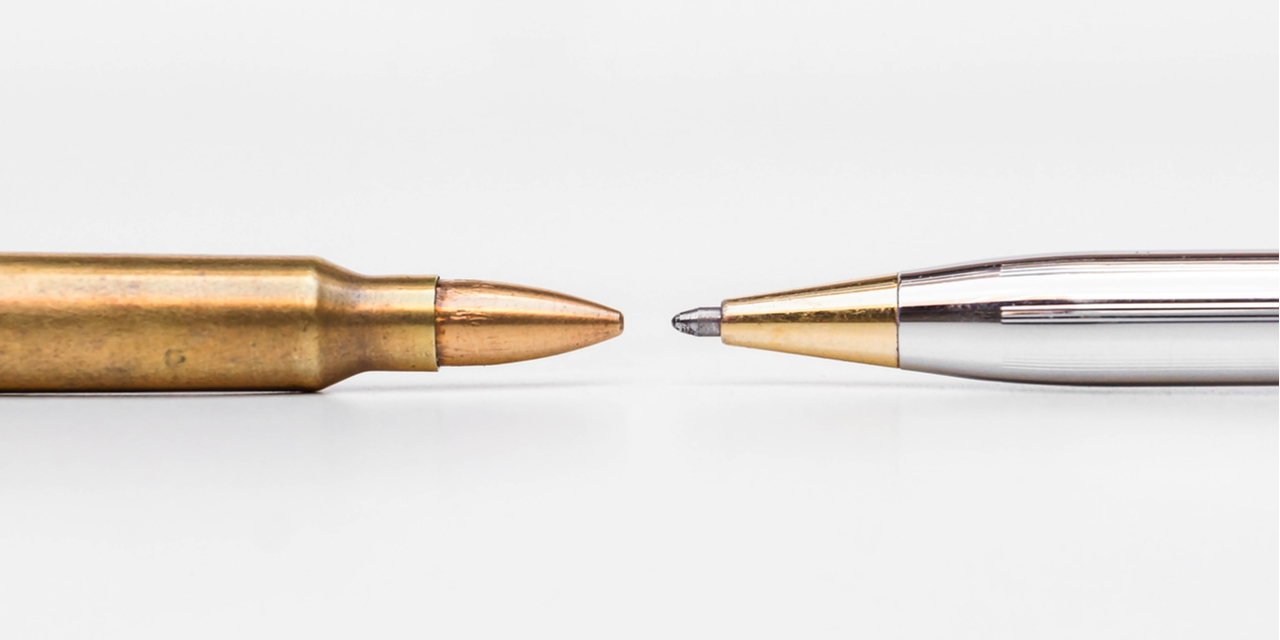 In her 1973 essay “Censorship: Local and Express,” Ayn Rand issued a warning that we would do well to heed today.1 Neither the so-called Right or Left actually values freedom, a fact discernible in their respective attitudes toward the freedom of speech.

In that essay, Rand discusses the Supreme Court’s rulings in five obscenity cases. The conservative-leaning justices, who comprised the majority in each case, supported laws limiting free speech in the case of pornography, on the grounds of a lack of artistic merit or value (decided by community standards) and the public interest. Liberal-leaning justices opposed obscenity laws, supposedly because of the First Amendment, which is “the article of faith that sets us apart from most nations in the world” (in the words of Justice Douglas).

Both camps hold the same premise — the mind-body dichotomy — but choose opposite sides of this lethal fallacy.

The conservatives see man as a body freely roaming the earth, building sand piles or factories — with an electronic computer inside his skull, controlled from Washington. The liberals see man as a soul freewheeling to the farthest reaches of the universe — but wearing chains from nose to toes when he crosses the street to buy a loaf of bread.

each camp wants to control the realm it regards as metaphysically important; each grants freedom only to the activities it despises. Observe that the conservatives insult and demean the rich or those who succeed in material production, regarding them as morally inferior — and that the liberals treat ideas as a cynical con game. “Control,” to both camps, means the power to rule by physical force. Neither camp holds freedom as a value. The conservatives want to rule man’s consciousness; the liberals, his body.

In her novel Atlas Shrugged, Rand illustrates one way in which this could occur. The scene involves “Directive 10-289,” which establishes government control over crucial aspects of the economy. Eugene Lawson (“the banker with a heart”) is worried about the parts of the Directive that imply censorship: “That’s going to antagonize the intellectuals. It’s dangerous. It’s a spiritual issue.” He is told that exceptions cannot be made — that the work of both industrialists and intellectuals must be controlled. The dialog continues: “‘But this is a matter of the spirit,’ said Lawson; his voice had a tone, not of rational respect, but of superstitious awe.” But the chief proponent of the Directive, Floyd Ferris, explains: “We’re not interfering with anybody’s spirit. But when you print a book on paper, it becomes a material commodity . . . .” He continues, making clear his motives:

You don’t want some recalcitrant hacks to come out with treatises that will wreck our entire program, do you? If you breathe the word “censorship” now, they’ll all scream bloody murder. They’re not ready for it — as yet. But if you leave the spirit alone and make it a simple material issue — not a matter of ideas . . . — you accomplish your purpose much more smoothly. You’ll make sure that nothing dangerous gets printed or heard — and nobody is going to fight over a material issue.

Although Atlas Shrugged is fiction, Rand knew she was dramatizing the logical end result of ideas widely accepted. She offers the following prediction at the end of “Censorship: Local and Express”:

Since the two camps [conservatives and liberals] are only two sides of the same coin — the same counterfeit coin — they are now moving closer and closer together. . . .

If this censorship ruling [in Paris Adult Theatre I v. Slaton2] is not revoked, the next step will be more explicit: it will replace the words “marketplace of pornography” with the words “marketplace of ideas.” This will serve as a precedent for the liberals, enabling them to determine which ideas they wish to suppress — in the name of the “social interest” — when their turn comes.

Here, as if on cue, is Catharine A. MacKinnon (law professor at the University of Michigan), in a forthcoming essay:

Once a defense of the powerless, the First Amendment over the last hundred years has mainly become a weapon of the powerful. Legally, what was, toward the beginning of the 20th century, a shield for radicals, artists and activists, socialists and pacifists, the excluded and the dispossessed, has become a sword for authoritarians, racists and misogynists, Nazis and Klansmen, pornographers and corporations buying elections.

This quotation comes from a New York Times piece by Adam Liptak, “How Conservatives Weaponized the First Amendment” — itself an example of the ominous trend that Rand forecast.3 The article’s title is a reference to Justice Elena Kagan’s recent claim (in her dissenting opinion in Janus v. American Federation of State, County, and Municipal Employees, Council 31), that the conservative majority was “weaponizing the First Amendment.”4

What Liptak’s article makes clear, however (whatever his intentions), is that for the most part, neither the Left or Right values the First Amendment, that both have defended it only when convenient — when it helps support causes they agree or sympathize with, as for instance the MacKinnon quote makes clear — and that both have, in various ways, sought to blunt its effectiveness in protecting the rights of the individual. The Left for the most part is no longer concerned with intellectual freedom — except as a threat to be squashed. And free speech is hardly a powerful and relied-upon weapon in the Right’s arsenal. Take for instance Senator Ted Cruz’s grilling of Mark Zuckerberg about Facebook’s political bias, or President Trump’s ominous remarks about the media (especially those directed against Amazon.com and the Washington Post), and Prager University’s lawsuit against YouTube, all of which could end up putting some potential Floyd Ferris in charge of Facebook, the Washington Post, and YouTube’s content.

The First Amendment, in the right hands and properly understood, is a powerful sword — not for authoritarians (contra MacKinnon, herself a major figure of the authoritarian Left), but for those who wish to oppose them. A good way to begin honing this sword is by reading or listening to “Censorship: Local and Express.”

Robert Mayhew is professor of philosophy at Seton Hall University, specializing in ancient philosophy, and serves on the board of directors of the Ayn Rand Institute. His most recent publication on Ayn Rand is an annotated edition of her previously unpublished play The Unconquered.